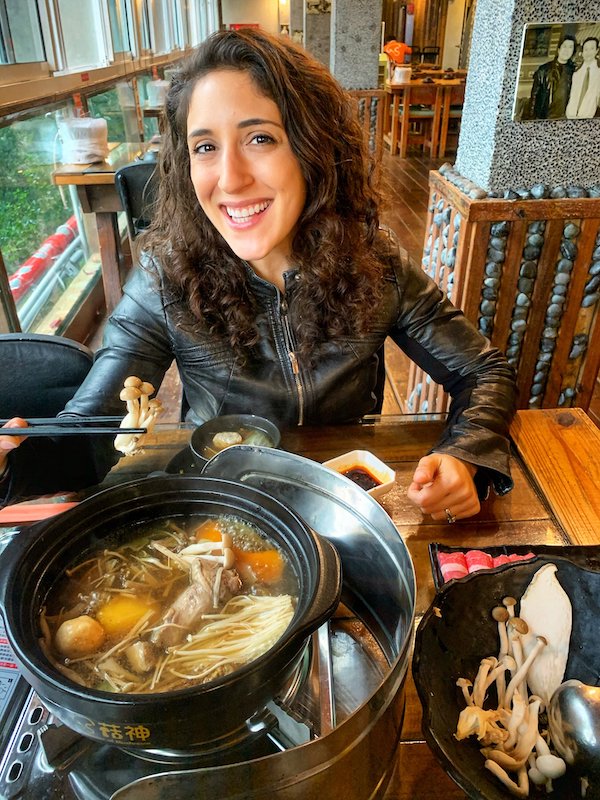 Where does your love for food stem from?
I grew up on unseasoned steamed broccoli, mushy brussel sprouts and burnt burgers cooked into hockey pucks. No surprise that in college I couldn’t cook to save my life; I lived off of hot pockets and frozen waffles.

My then boyfriend, now husband, wasn’t much of a cook either, but because we were poor college kids that couldn’t afford to eat out, for date nights on the cheap we took turns cooking for each other. Slowly, we replaced the boxed goods with actual recipes.

Once we moved to Chicago and got real jobs, we could afford better ingredients and we were exposed to so many more restaurants and styles of food. Now, as I travel all around the world, I get inspired by different dishes I try abroad and then learn to incorporate new ingredients and flavor combinations into my own cooking.

Favorite restaurant in Shanghai that serves American food?
I always have an incredible meal every time I go to Commune Social. While Commune Social isn’t American food at all, I feel like this restaurant would crush it there, so I am going to just go with it. The menu never stops evolving, yet a lot of the classic dishes, like the Tongue and Cheek Empanada and the PB&J dessert remain.

It’s a great spot for a weekend brunch, a catch-up-with-a-friend lunch, or a date night dinner. Every time I go, I taste at least one dish where I never would have thought to put those ingredients together, yet they somehow jive like the most obvious combination. I always leave Commune Social inspired to play around with new ingredients in my own kitchen.

Favorite local eats spot?
Nanjing Guan Tangbao (南京灌汤包), a noodle shop that looks no different than any one of the other thousands of noodle shops around the city. I walked by this small, family-owned hole-in-the-wall on Changhua Lu and Huaian Lu so many times without realizing until one day the outstretched arms of the dumpling’s steam, laden with that unmistakable salty, porky smell of xiaolongbao, wrapped around my shoulders and pulled me inside.

The xiaolongbao are the star of the show, with a rich, meaty broth surrounding a delicate pork meatball, all wrapped up in a thin noodle exterior. Bathed in some Shanghainese dark vinegar and chili oil, these bad boys could stand up against some of the top rated xiaolongbao in the city.

The rooftop was filled with edible plants, and there were leaves and flowers growing all around us. I only had to reach up and grab a certain sprig of this or a wisp of that and it added a whole different dimension of flavor to a dish. Whimsical yet refined, I loved everything about this place. 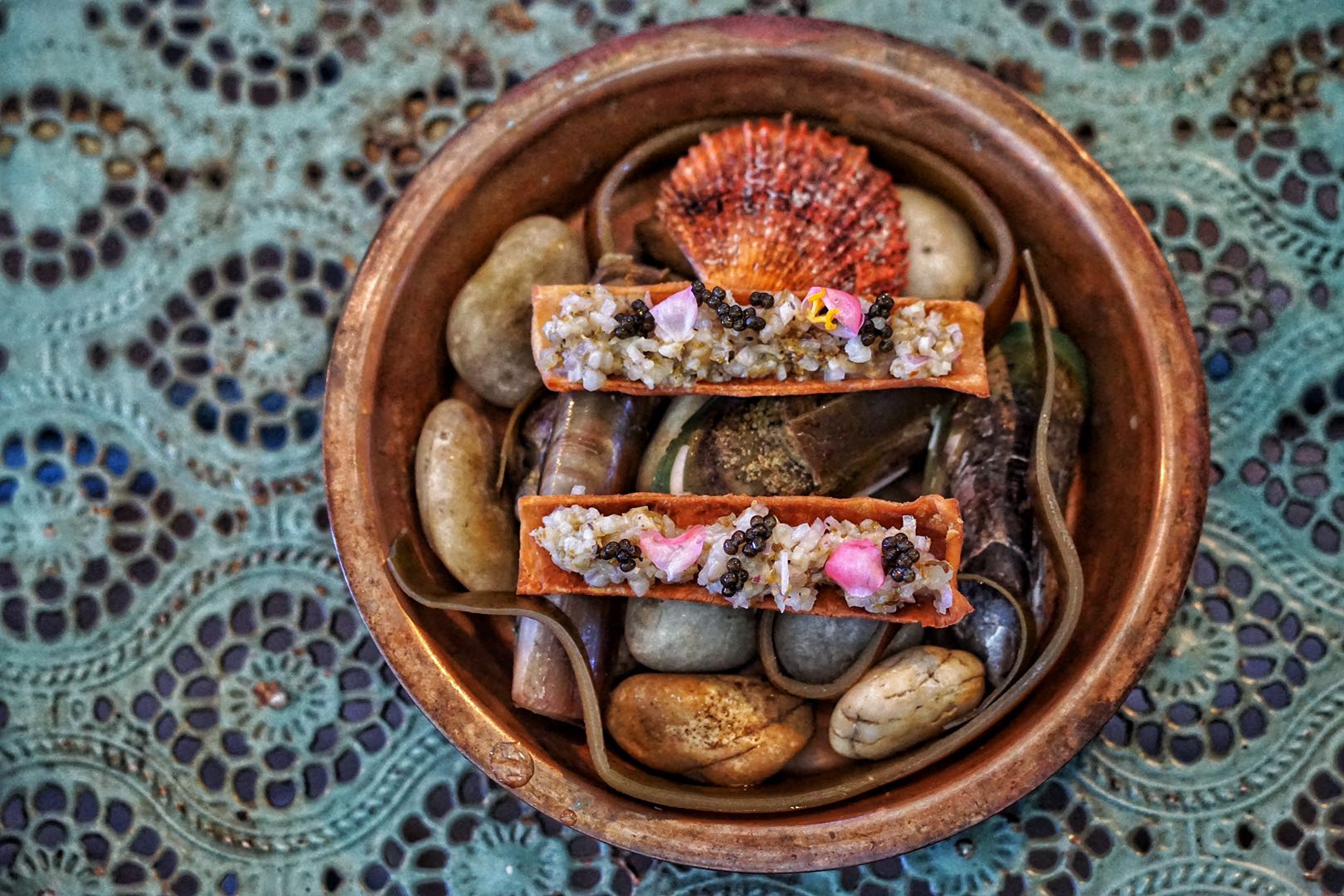 Go-to date night spot?
Scarpetta has got it going on when it comes to food and vibes for a date night. It’s not too casual nor too fancy, and I can go back numerous times and never get bored of the menu. There are a few dishes (like the clam pizza and the eggplant parmesan) that are go-to favorites for wow-ing whoever I’m with, but if I want to order an extra bottle of wine or some other side dishes, I know I won’t be clearing out my entire bank account. The food also isn’t super heavy, so if I want a post-dinner libation, I don’t need to count down the seconds until I can go home and put on sweatpants. 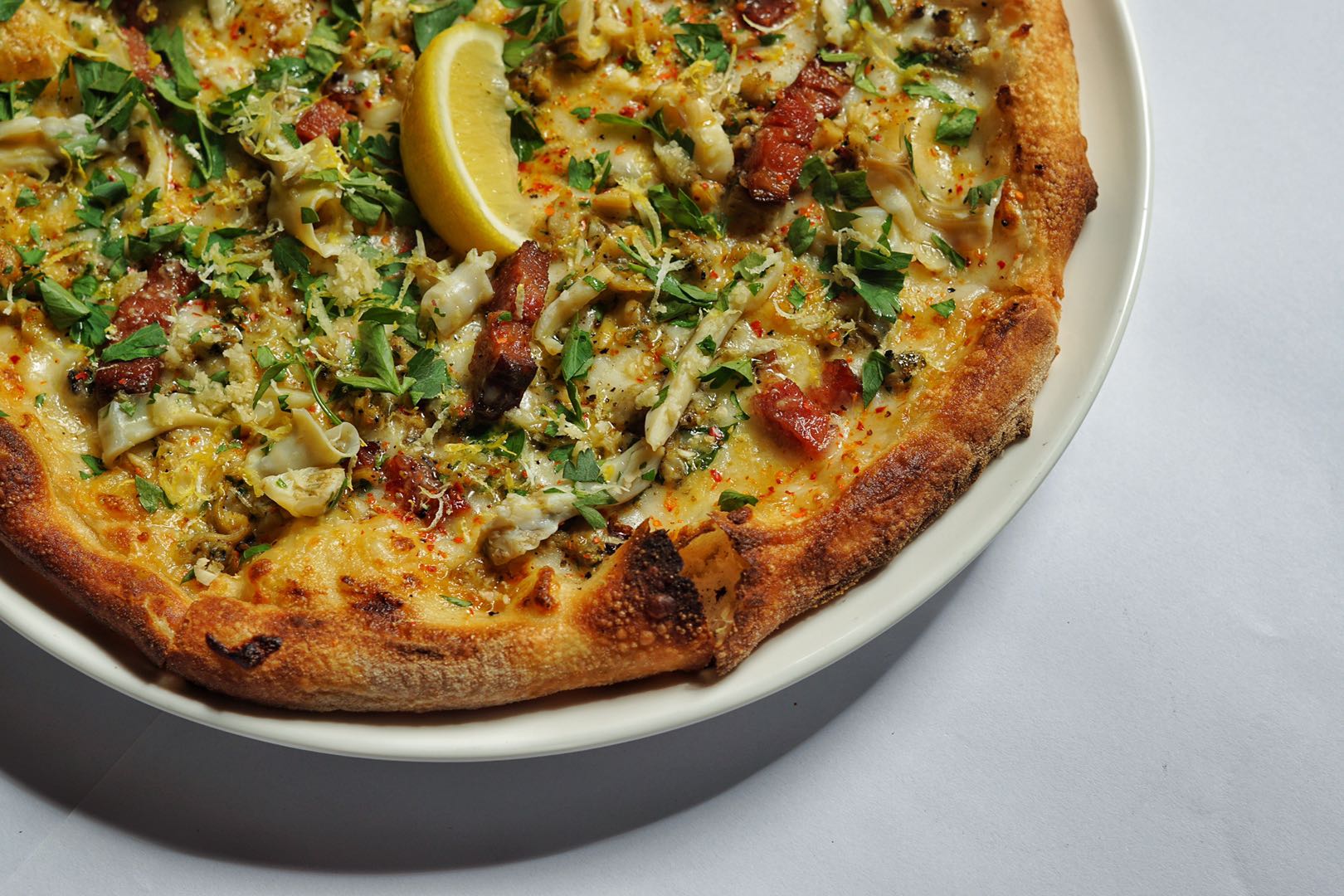 One restaurant in Shanghai that you couldn’t live without?
Although not a restaurant, I would say late night street fried noodles and fried rice. There is nothing better for soaking up a belly full of booze after a fun night out. It reminds me how lucky I am to live in such an international city where I can ball out at some of the best cocktail bars in the world or drink beers imported from all over the world, and then still get some RMB20 greasy noods made by a little old ayi at 2am.

Restaurants that closed that you really miss?
Fortune Cookie was a New York-style Chinese restaurant near the Changshu Lu metro stop that closed down about four years ago. You could find guilty pleasures like cream cheese puffs and orange chicken, and every meal ended with those trademark fortune cookies.

After living in China, I now know that Chinese food in the West is nothing like actual Chinese food in China, yet there’s something nostalgic about Kung Pao Chicken or Beef and Broccoli that reminded me of a Chinese restaurant, like home away from home.

What gaps do you see in the Shanghai dining scene that you would like to see filled?
New York Jewish Deli: I know I can get a solid Rueben at Tocks, but if I want a big bowl of matzah ball soup, some fluffy challah, a plate of half sours pickles, pastrami on rye and cinnamon babka, Shanghai unfortunately is not yet the place to fulfill that craving.

Authentic Mexican: I’m talking down and dirty street food tacos, masa corn shells, slow roasted meats (lengua, of course) and loads of sauces to top it all off with. A tamale or two wouldn’t hurt.

What is your favorite dish in Shanghai?
The PB&J dessert at the Commune Social. It’s taking a white trash snack and elevating it into perfection. 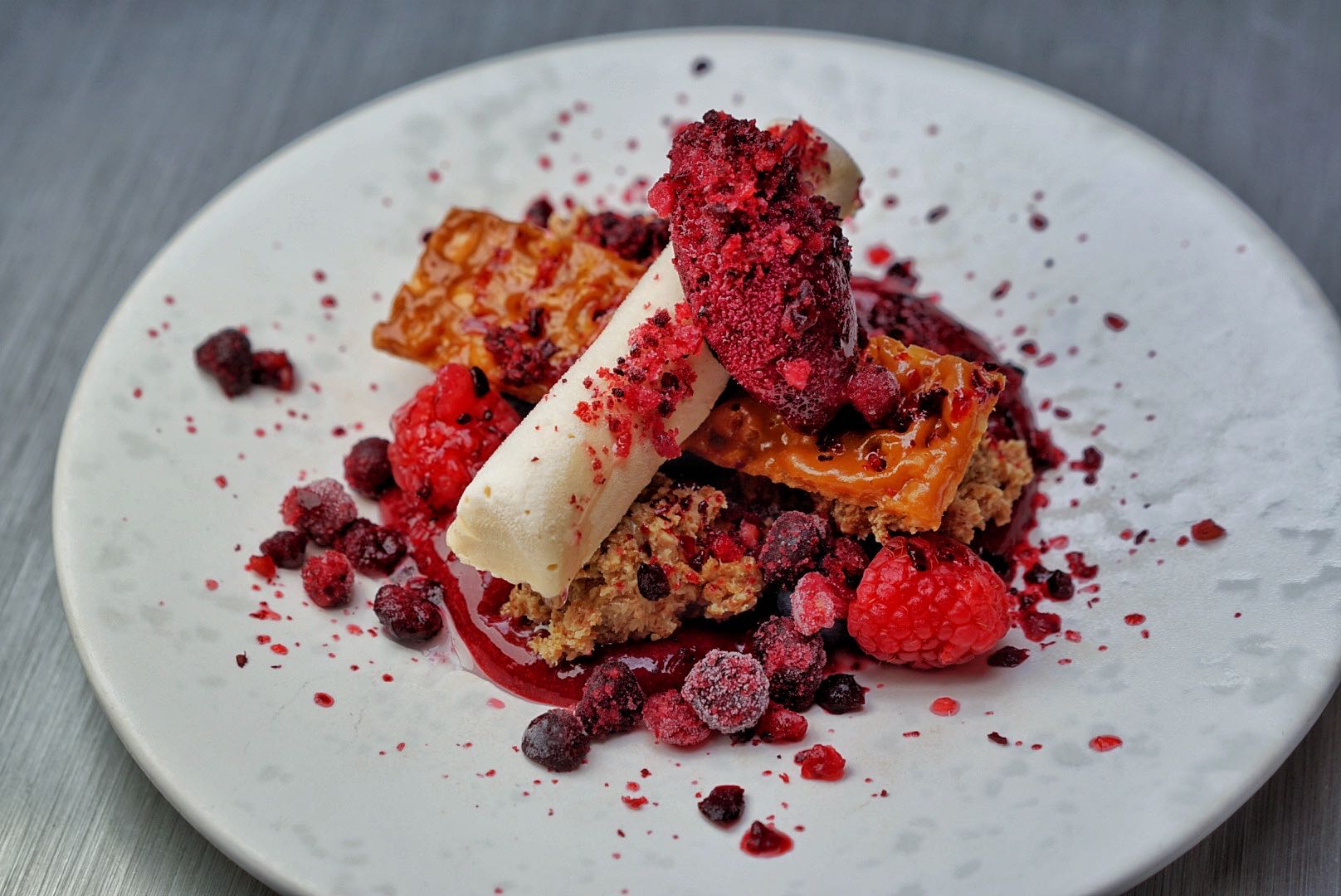 What advice would you give to budding foodies in Shanghai?
Shanghai has SO many restaurants, local produce and incredible imported goods from around the world, so step outside your comfort zone and try eating somewhere or something new at least once a week.

If you prefer to cook for yourself rather than eat out, go to the wet market and buy new produce that you’ve never cooked with before. Experiment by trying new foods to continually develop your palette. The best way to learn about a culture is through its food!