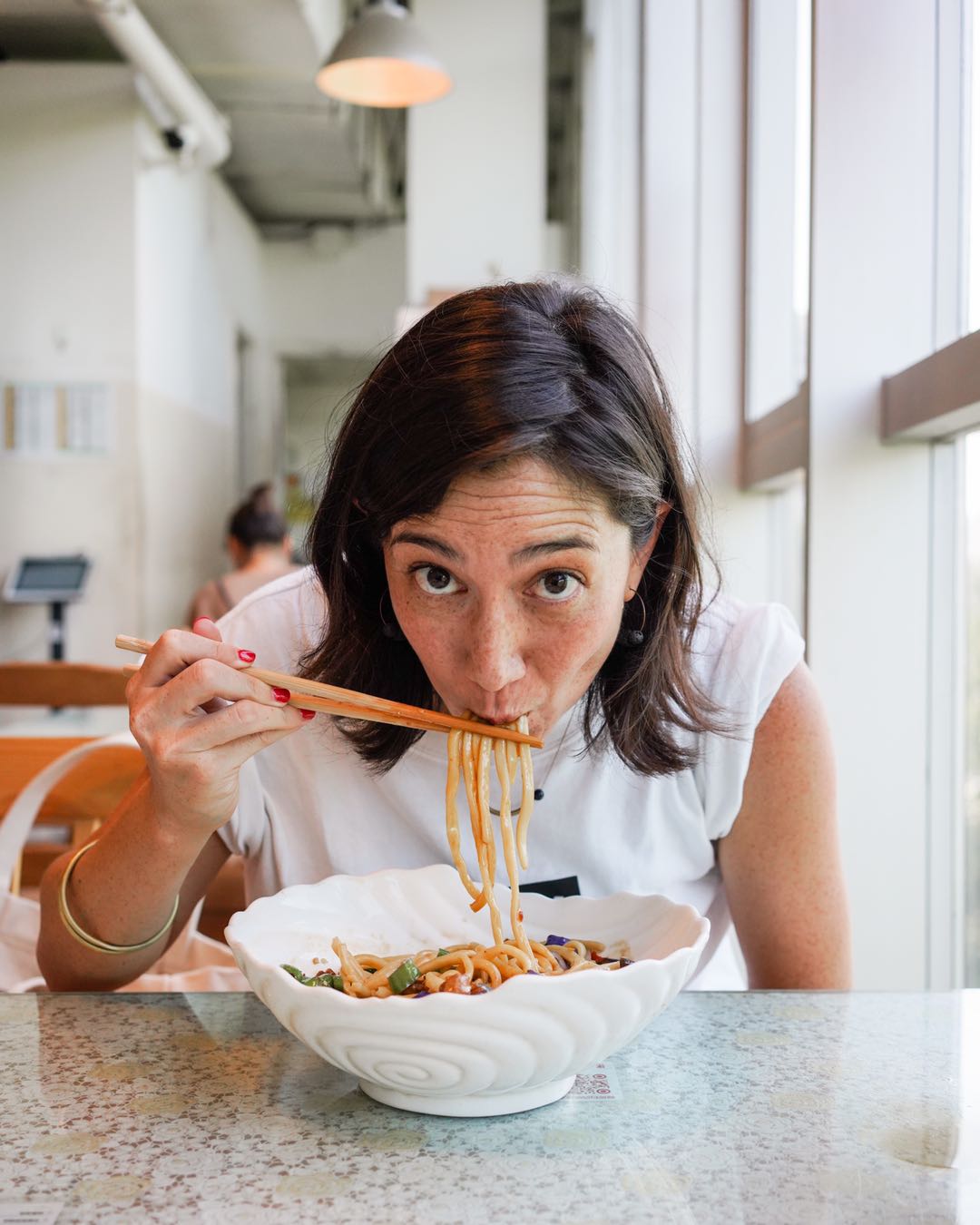 Name: Cat Nelson
Hometown: Santa Cruz, California
Occupation: A bit of everything at Not Your Type creative studio

Where does your love for food stem from?
I’ve loved to eat ever since I could gum my way through a baguette as an infant before my teeth properly came in.

I feel lucky to have known good ingredients since the start – I grew up on the California coast where the produce was excellent and a bargain (something I never knew or appreciated until I moved away). Tomatoes tasted like actual sunshine and avocados were under RMB6.

There’s something about taste in itself that I find fascinating. New flavors are expansive in a way that opens your personal world to so much possibility; familiar flavors and aromas can bring back such a flood of memories.

In retrospect, food has also been one constant thread through my life – from just loving to eat and cook, to a teenage awakening about how effed the industrial food systems are and a cascading interest in development issues, to later spending most of my time writing about food and drink for magazines.

What’s your favorite local eats spot and why?
I’m remarkably terrible with favorites – the struggle is definitely real in picking one be-all-end-all place. I’m not exactly sure what counts as local (any Chinese cuisine? Only Shanghainese?) but there’s a stretch of small shops in an alleyway off Pudong Nan Lu near Dongchang Lu that has a special place in my heart.

I used to go there most days for lunch as it’s just across from my office. On sunny days, all the stores set up foldable tables and plastic stools in the lane and there’s one lady who makes a really mean 凉皮 (liangpi) and 肉夹馍 (roujiamo). Pudong is definitely underrated as a food destination.

What’s your favorite high-end restaurant and why?
It’s not super high-end but it’s probably a touch fancier than the everyday – I’d say that Sui Tang Li at the Middle House is one that I’ll go to with visitors in town or just for a nice evening out. It’s classy without being stiff, and the kitchen does a superb job at mixing a range of pan-China cuisine with new twists. One might say ‘elevated classics’ if that wasn’t such an insufferable phrase. 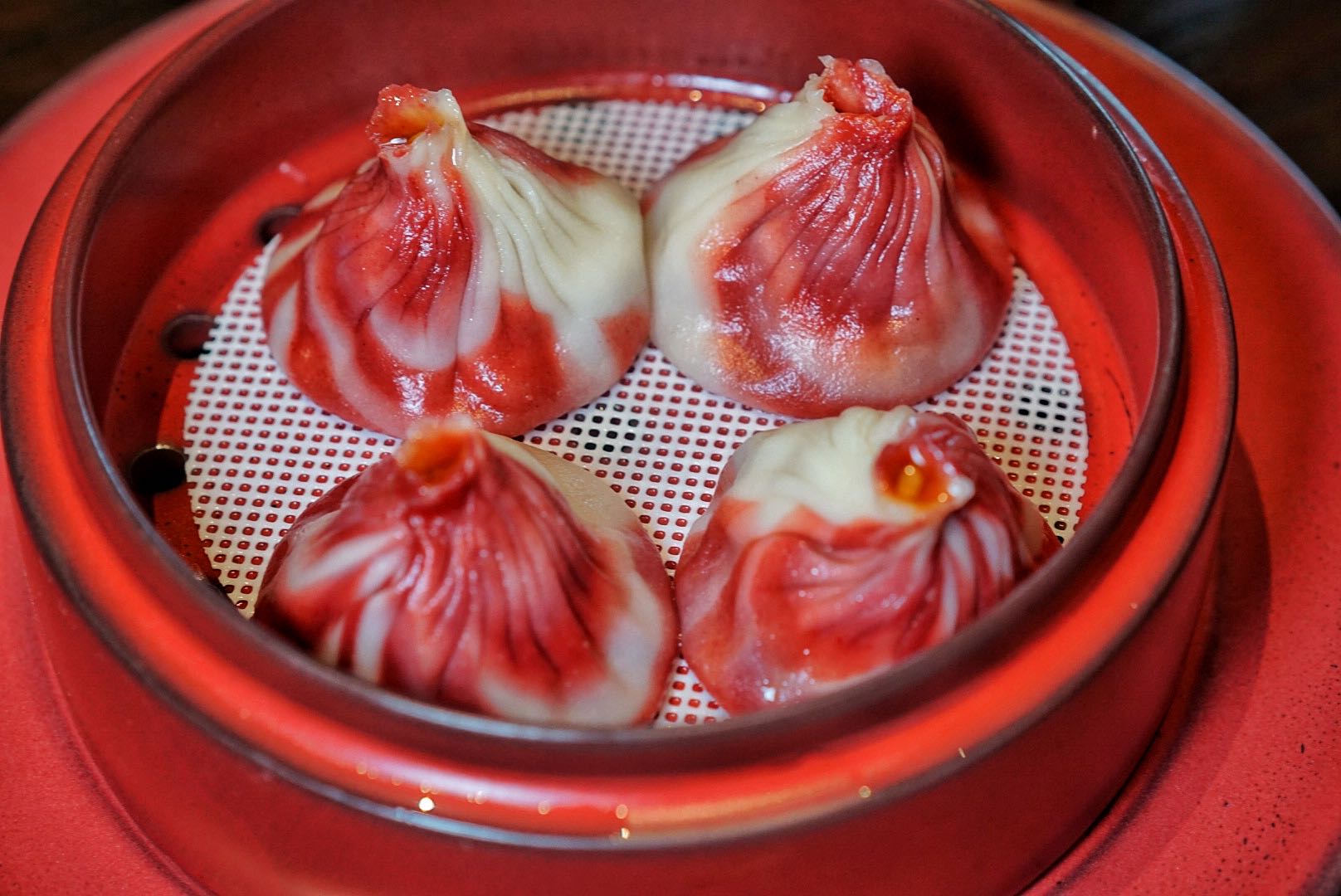 What’s your go-to date night spot and why?
I don’t really go on dates, but it would probably be Pass Residence, Oha Eatery or – if we made it to the Bund – Heritage by Madison. They all hit a sweet intersection of chill vibes, the right amount of low-fuss polish, interesting eats and weird wines/good drinks. Plus, they’re all priced in what I would say is a good-value, low-stakes range where you can try a lot of things with your eating friend.

Are there any now closed restaurants that you really miss?
It’s a bit bougie to say, but I do miss Bo Shanghai as they were doing some cool things there. High-end and not an all-the-time experience, but I liked the ideas they were pushing forward and the thought-provoking crossovers with Chinese flavors and ingredients. It felt like an ‘only in Shanghai’ kind of spot for its cuisine, setting and ambiance.

What is your favorite dish in Shanghai?
Basic, I know, but probably shengjianbao. They really nailed it by not just doing a soup dumpling but frying it too. I’d been in China for a number of years but not really had one until I moved to Shanghai – truly revelatory.

I think I ate them for lunch at Xiao Yang’s in the basement of the Dapuqiao mall (Sun Moon Plaza or whatever) every day for the first six months. It’s either that or the scallion fish head at Old Jessie’s, which might be a tourist trap to some, but honestly, I think is excellent, not overrated and everything I want out of a Shanghai dinner experience.

What advice would you give to budding foodies in Shanghai?
Eat more Chinese food. I mean have your Sichuan peppercorn-infused cocktails and eggs Hollandaise, yes, but I really think it’s impossible to fully understand the insane scope and variety of China’s food cultures without being in the country – and you’re here, so dive in.

I spent my first few years in Beijing (where – don’t hate me too much – I think the breadth and depth of regional cuisines is generally greater) and I remember it was so eye-opening and exciting to learn about the different culinary profiles of places like Guizhou or Anhui. And I’d thought I was at least somewhat worldly cause I’d grown up knowing that there was more to 'Chinese food' than just Cantonese cuisine…

Along those lines, I’d also say get out of town every once and a while. It’s something I’m constantly kicking myself for not doing enough. High speed train tickets are cheap and you’re going to eat some things that you just can’t get in Shanghai or anywhere else in the world.

I guess more than any of those though, if you consider yourself food-obsessed, just relish that you’re in good company since it can seem like 90% of people’s time and conversational topics revolve around eating in Shanghai. Plus, you can take as many photos of your food, with as bright a light as you want, without anyone raising an eyebrow.