Xi highlighted the need to maintain a sense of crisis regarding food security, amid the fallout of the COVID-19 epidemic, which he said had “sounded the alarm.”

Despite the fact that China has had consecutive bumper harvests, the worst mass flooding in decades has also left farms wrecked and ruined tons of produce.

Xi called for the campaign to “enhance public awareness of the issue, effectively cultivate thrifty habits and foster a social environment where waste is shameful and thriftiness is applaudable,” as cited by Shine.

Regional catering industry associations responded by urging restaurants to limit the number of dishes served to diners and advocating an ‘N-1 policy‘ – implementing a system where groups must order one dish less than the number of diners. For example, a group of 10 people would be limited to ordering nine dishes. The policy also suggests restaurants serve smaller or half-portions for lone diners.

Also in the firing line are ‘Mukbang’ – livestreamers who film themselves eating large amounts of food. China’s largest short-video and social media platforms, including Douyin – the Chinese version of TikTok – and Kuaishou, have come out saying they will shut down any livestreams and ban accounts if users are found to be promoting the eating of large amounts or encouraging vomiting to eat more. 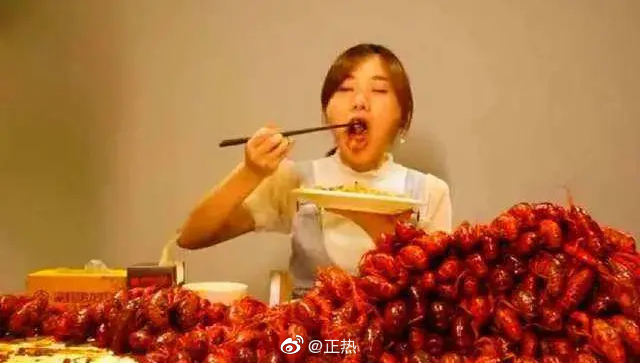 “The platform will penalize food-wasting behavior when spotted. We call on our users to treasure food,” a Douyin representative said in a statement, as cited by state-run newspaper Global Times. Now if users search keywords such as ‘eating show’ or ‘competitive eaters’ on Douyin or Kuaishou, a cautionary message will pop up. On Kuaishou, a notice reads, “Please cherish food, and keep a reasonable diet” while Douyin asks people to say ‘no’ to food waste.

Eating shows may also be losing their flavor with Chinese netizens. In a recent poll by Toutiao News on Weibo, nearly half of netizens said that they don’t watch livestreams of people eating because it’s ‘excessive.’

A 2018 report by the Chinese Academy of Sciences found that the average restaurant diner in China wastes 93 grams of food every meal, contributing to the 18 million tons of food its large cities throw away every year. That amount of food waste is enough to feed 30 to 50 million people annually.