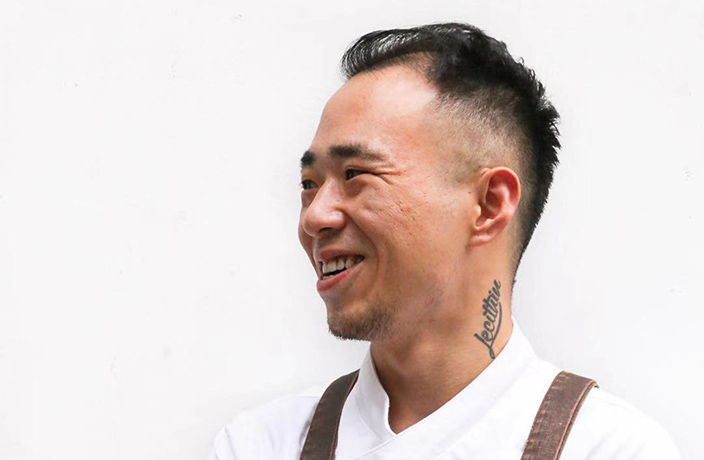 They keep things casual and intimate at Bird with a rotating menu of chef-driven small plates served alongside a carefully curated wine program. Stepping into the head chef role, after the departure of Chris Zhu to Australia, is Jonathan He. From Changzhi in Shanxi province, He studied in Jiangxi province before ending up in Shanghai. With stints at Azul, Commune Social and Goose Island Brewhouse under his belt, he’s no stranger to change. We stopped by Bird to see how he’s settled into his latest challenge.

How did you end up in the kitchen?
It’s a pretty funny story. After I finished university, I felt kind of lost. I spent all my time playing computer games at home, which completely pissed off my mom. She saw an advertisement for a culinary school – it was a baking program. I didn’t want to do it at first, but I changed my mind.

If the Michelin inspectors came in and you could only make them one dish off your first menu, what would it be?
I would say the frog, which combines French and Sichuan techniques. You have a classic French frog-leg croquette with ragu sauce that merges flavors from those two places. Creme fraiche and lots of butter make it very rich with intensity coming from fresh Sichuan peppercorns. This dish came together as a result of a lot of people’s ideas, including one of our ayis here.

If you could sit anyone at the bar seats at Bird and feed them dinner, who would it be and why?
I would like to feed my three mentors, because I want them to see how much I’ve evolved. In addition to technique, they also taught me how to think for myself. The first mentor is an old-school Italian chef named Davide Martin who really pushed me. Next, I worked 14-16 hour shifts for a German guy named Daniel Penoff. He introduced me to molecular gastronomy. While working for him, I met Scott Melvin. I wanted to learn from him so much that I looked up his recipes online to practice. When I left Azul, I met up with him. When he asked me why I wanted to work at Commune Social, my answer was to work with him. He told me that I could start the next day. He left to work at The Shanghai EDITION a month later, but I learned a lot in that time. 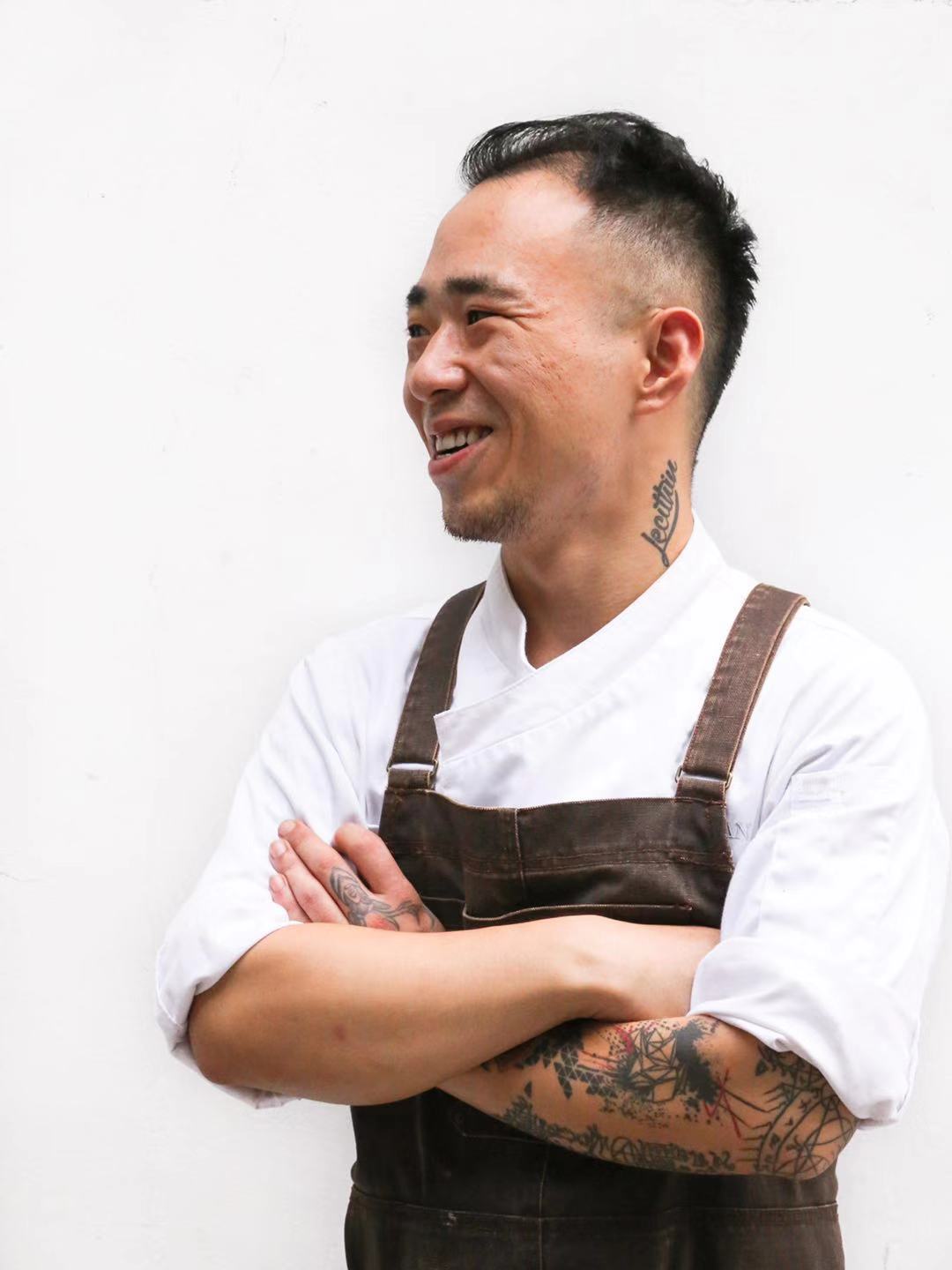 “I would like to feed my three mentors, because I want them to see how much I’ve evolved”

What is your dream ingredient?
I need two: fresh wheat and walnuts. They are only available in the summer and are very cheap in the north of China, but they are inconvenient to deliver to Shanghai. You don’t need to do much because the freshness of the ingredients should be the main flavor. I might upgrade with a little scoop of caviar, but not too much.

What about working at Bird brings you the most joy?
I get to make my dreams come true. I can imagine something and make it happen. Even if I try something out and it fails, I have the freedom to try again until I get it right. I did get to create some dishes when I was at Commune Social, but that was within the limits of their very clear concept. Here, I can do so much more.

Tell us something we don’t known about you.
My major in university was music, and I’m a trained opera singer. Even though I’ve forgotten a lot, I can still read music and sing some Italian. I enjoyed that moment a lot, being in the spotlight. Unfortunately, the path for the profession is narrow and expensive. Being a chef gives me a similar pleasure, though.

On the Grill shanghai restaurants