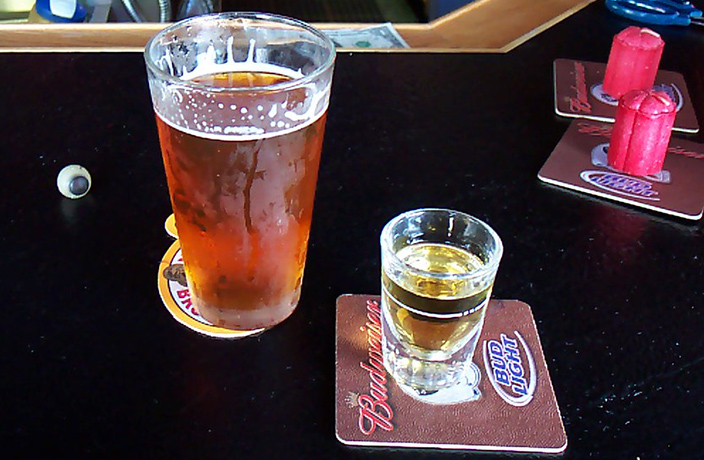 The research for this month’s column included a day with Shanghai’s own Bob Ross of beer, the Bearded Bear himself, Christopher Foste. The two of us decided to experiment with the classic boilermaker on That’s Shanghai’s dime, and what better way to do that than by drinking a bunch of beers and shots to see which combinations work and which just twerk? For readers that want to replicate this at home, we only used products that are available in Shanghai.

Before we get to the drinking, we should start with the thinking, so as Sam Jackson famously says in Jurassic Park, “hang on to your butts.” What exactly is a boilermaker? The drink takes its name from the steampunk days of yore when grimy looking bros came in after a long day of shoveling coal or working in engine rooms looking like Zoolander (you know the scene). Back in the 1800s, these dudes liked to finish the day with a shot and a brew – a boilermaker special. This working class drink soon caught on in other social spheres, and I have always been a fan. While the traditional boilermaker is whiskey and beer, we are taking creative license. So, let’s get down to business and make these three ‘boils.’ 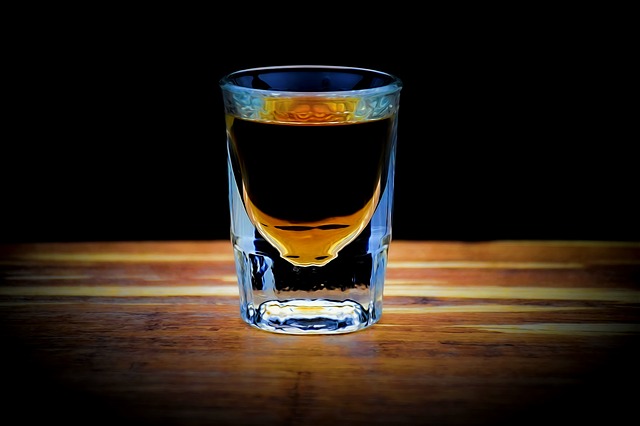 For this shot of Angostura Carribean Rum with a beer back of Saugatuck Maple Blueberry Stout, we recommend sipping the brew first for mouthfeel. The rum is silky with a touch of spice and sugarcane, and pairing it with blueberry maple flavors is a really fun way to have a boilermaker. As Foste puts it, “an interesting twist of dual sweetness masks deficiencies while bringing out the delightfulness.”

Honestly, I don’t like IPAs, but I do like Jameson. Going into this pairing with Stone Brewing’s Delicious IPA, I expected 50% happiness, which is the equivalent of a Swedish person seeing a rainbow – you’re happy you saw it, but know death is inevitable. After tasting the combo, I now know why the caged bird sings. In Foste’s words, this beer has a “splash of citrus paired with a high dosage of malts for a solid balance between bitter and sweet,” which brings the “heat from the Jameson down to a smolder.”

Warm gin has been anathema to me since the days when we gave them as trick shots to new bartenders, but this mix was a complete surprise. The floral notes of the Hendricks Gin play nice with the sour complement of the Brew Dog’s Quench Quake in a cocktail sort of way. Yet, that warm burn down your esophagus lets you know you are drinking something special, like baijiu. According to Foste, “the liquor pulls its influence from a tinge of herbs, spice, rose and cucumber. Enter the sour beer, a refreshing citrus splash with a caramel body offsetting the intense tartness. That roaring intensity is further reduced to a tiny purr when it chases the Hendrick’s. Soft and elegant, the gin is a poofy pillow for the flavors to rest on, guarded against that initial sour zap. The citrus flavors then mellow out with the floral gin and all that is left is a gracefully smooth sour sensation.”