In celebration of the 70th anniversary of the People’s Republic of China, Long Museum Pudong has brought together a group of paintings which depict important construction projects undertaken largely after 1949. The exhibition provides a fascinating insight into the work which has built China into the powerhouse nation that it is today. Artists whose works will be on show include Dong Xiwen, Sun Zongwei, Guan Liang and others.

Silhouette of the Sea: Group Exhibition

Combining works from local Chinese artists and international artists, this large-scale multimedia exhibition focuses on the ocean. Combining digital art, installation and more, this exhibition draws our attention to the import, expanse and mystery that resides beneath the ocean’s surface. The artists here give their unique interpretations of the relationship between man and the ocean, allowing us to reflect on what it means to look out in awe, or fear, at the watery expanse just off the shore. This one opens on August 23. Born in Barcelona, Spain but currently residing in New York, Muntadas’ art has explored social, political and civic issues social as public and private space. His works here are taken from a variety of medii, such as video, print and installation. With the intention to draw the viewer into the exhibition via reflection and thoughtfulness, Muntadas has been called a pioneer in media art and conceptual art. Opening on August 17, at the heart of Ni’s work is the belief that an artist is not necessarily a creator, but is in fact a curator of materials, guiding perception. Here he gathers materials that have been saturated with symbotic charm, such as antiques garnered from flea markets, and reduces them to something more basic and fundamental. 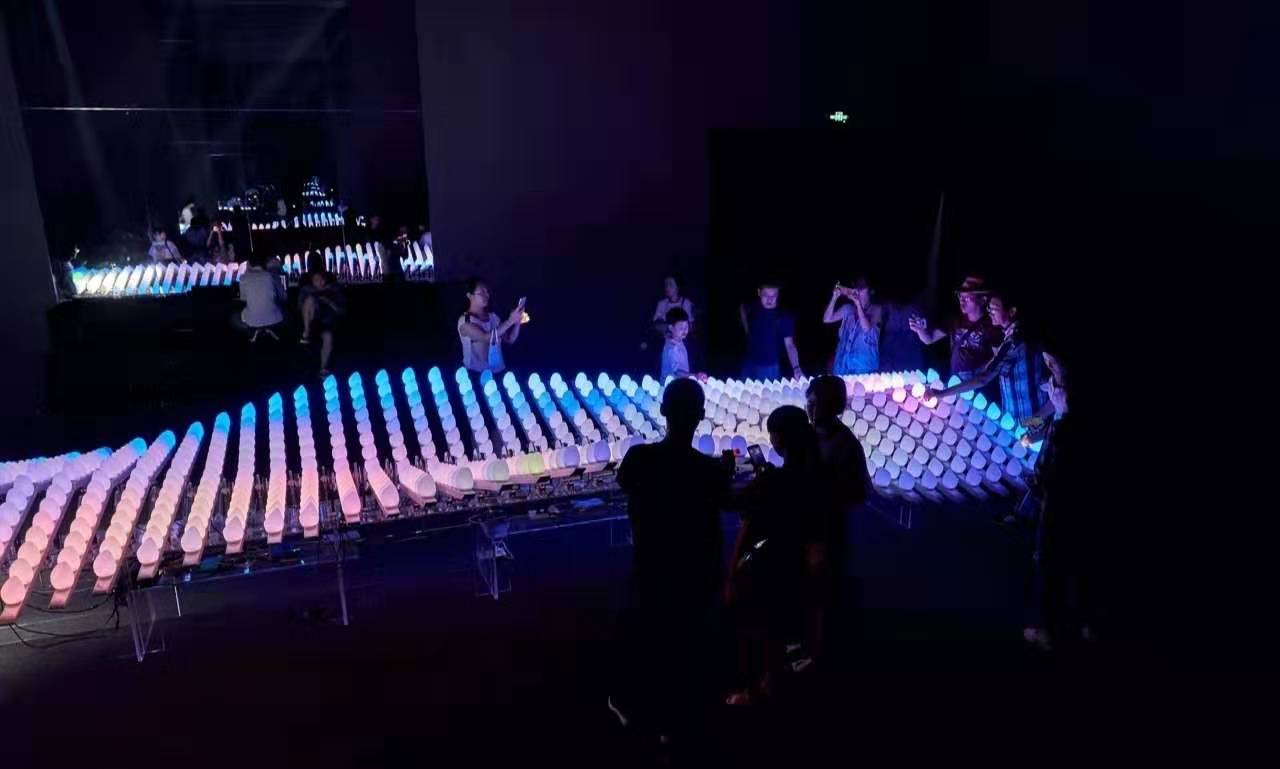 Selfie sticks at the ready for this one, Himalayas Art Center is teaming up with Geeks Art for a fun light-based exhibition which it describes as being similar to both a spiritual energy field and a technological wonderland. While not for everyone, this exhibition plays around with space and presents a fantasy world for participants. Catch this exhibition before it closes this weekend. Also the name of a very good Frank Ocean album, Channel Orange presents Veilhan’s latest experimental sculptures which focus on the transmuting and often subjective view of the human form. Known for his interest in exploring and playing with gallery and public space, Veilhan is a long-time affiliate of Perrotin, with this show being his eighth with the gallery.