In the aftermath of the overwhelming success of Chinese sci-fi film, The Wandering Earth, the nation and the world are awaiting what comes next for Chinese cinema. Will Frank Gwo and Liu Cixin’s apocryphal tale of the dying sun and mankind’s desperate effort to reach a new solar system stand out as a landmark in China’s global cinematic appeal?

You’ve likely seen the headlines prophesying that 2019 will be the year of the sci-fi blockbuster in China. Everyone and their grandmother is trying to predict what will be the next major sci-fi blockbuster to come out of The Middle Kingdom, with many in agreement on one particular film. August 9 will see the release of the unusually hyped Shanghai Fortress, with Lu Han and Shu Qi set to fight against insidious alien forces threatening Earth.

Watch below to see the trailer for the film, which releases on Chinese cinema screens on August 9 (VPN off):

Rather than focus on the future, however, we’re taking the retroactive step of turning our heads towards the past as we invoke the Beegees (or The Rapture, based on your preference) in saying ‘How Deep Is Your Love for Sci-fi, China?’

The Middle Kingdom is perhaps best known on the global stage for creating gorgeously cinematic historical dramas, such as House of Flying Daggers and Hero, as well as war dramas such as Operation Mekong and Wolf Warrior. It’s only relatively recently that films like Reset, Crazy Alien and, of course, The Wandering Earth have established China as a truly viable producer of large-scale and ambitious sci-fi films. 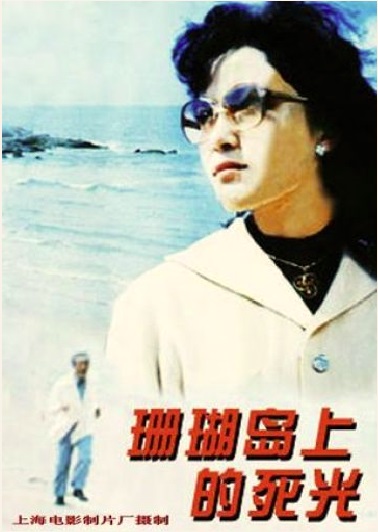 Poster for 'Death Ray On A Coral Island.' Image via Shanghai Film Studios/IMDb

Death Ray On A Coral Island, or Shanhu Dao Shang de Shi Guang, has frequently been posited as China’s first ever sci-fi film, with scenes focusing on scientists’ efforts to stop an atomic bomb being used as the ultimate weapon. Hongmei Zhang’s 1980 effort has been praised for its visual effects, although the script and plotting is regarded as patchy – and a bit zany – as it combines a number of unwieldy ideas. Also, in a potentially offensive turn of events, the film features Chinese actors in whiteface imitating evil Americans. Nonetheless, a memorable beginning.

The ’80s and ’90s saw various experimentation by Chinese filmmakers with the form of sci-fi cinema. We would be hard-pressed to leave out well-known classics of the ’80s, such as Dislocation (1986) and Wonder Boy (1988). The former is standard freaky sci-fi fare, combining a nails-on-the-blackboard soundtrack with futuristic architecture (actually featuring white actors this time, which puts it a notch above Death Ray On A Coral Island in our books). Dislocation sees a man implant his memories in a clone and send him out into the world as himself. 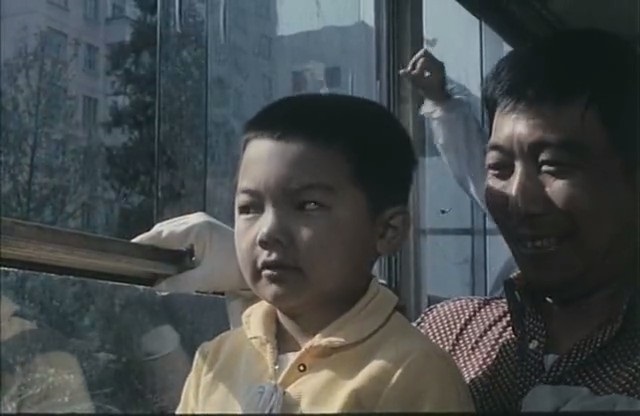 Elsewhere, In Wonder Boy, the focus turns towards a small child, born with the power of electricity in his hands, which allows him to control appliances. Both of these early examples of Chinese sci-fi are interesting forays into ’80s cinema in China and are readily available on Youtube.

READ MORE: Liu Cixin's 'Remembrance of Earth's Past' to be Made Into 24-Part TV Series

In the same year that Wonder Boy was released, Hecheng Ren was presented to Chinese audiences. This film, reminiscent of the Nicolas Cage, John Travolta flick Face/Off, sees the brain of a farmer transplanted into that of a prominent businessman who has passed away. This turn of events causes much deception and conflict, similar in ways to Trading Places.

The 1990 film Daqiceng Xiaoshi, on the other hand, features a very novel plot-line that could actually apply to our current-day geographical problems. Director Xiaoning Feng shows how a couple robs a train and subsequently releases poisonous gases into the atmosphere. By some bizarre twist of logic, a young boy sitting at home suddenly gains the power to talk to animals. The animals tell him about the catastrophic atmospheric disaster, but responsible adults around him will not listen. He’s thus forced to work together with his furry friends to save the planet, because... obviously. More recently, in the ’90s and ’00s, Chinese sci-fi has tended towards the outrageous, with films like City Under Siege by Hong Kong director Benny Chan receiving pretty meager ratings from audiences. That film focuses on a circus performer named Sunny and his colleagues who are transformed into super mutants in a freak accident. Another Hong Kong film, Sixty Million Dollar Man, sees Stephen Chow play a rich playboy whose body is blown up and then remade so that he can transform into anything he wants. Again, this story has been criticized, with the special effects and acting coming in for harsh scrutiny.

Since around 2015 the Chinese sci-fi cinema scene has seen a significant uptick. The award-winning success of Liu Cixin’s The Three Body Problem gave rise to an immediate push to have the novel made into a film. That push, however, proved problematic, with a movie version of The Three Body Problem eventually postponed (although a TV version of the book is currently in the works.)

In 2017, Reset, a story that involves time travel, universe-hopping and dopplegangers, as a woman rushes to save her son, was released and received meager success, but actually became one of China’s most successful sci-fi films (out of a very small sample set).

And all of that leads us back to The Wandering Earth. An unexpected success? For sure. Although novelist Liu’s story-writing chops have been well-regarded the world over. With that being said, The Wandering Earth has paved the way for bigger and bolder productions, such as the forthcoming Shanghai Fortress. Will they be as good, however?