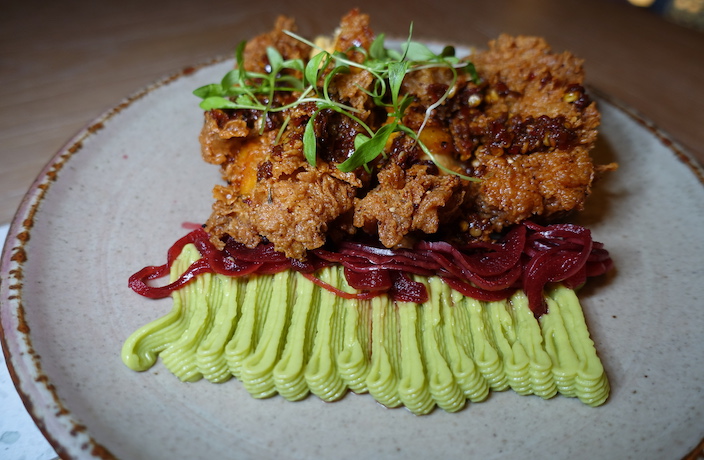 When Austin Hu was still in the planning stages of Heritage by Madison, we asked him about the concept. “It’s all in the name,” was his reply. The heritage in question is the chef’s own reflection on his time spent in China, the US and Japan. Over the past 10 years, we’ve witnessed flashes of Hu’s character in his food, from boldly using locally sourced ingredients for Western fare at the original Madison on Dongping Lu to sneaking kimchi into monstrous grilled cheeses at Madison Kitchen. In his latest endeavor, Hu moves along similar lines with a bit more finesse and smaller plates.

One of several notable openings in the Bund Finance Center, the notoriously location-cursed Hu has traded the convenience of a central location in favor of a dependable address. Judging from the full dining room, he made the right decision.

A playful streak reveals itself when the first dishes hit the table. Salted Duck Yolk Lotus Roots (RMB32) are lotus chips awash in a rich coating of buttery yolk interrupted by the odd curry leaf. Next up Fried Rye Mantou Buns (RMB) possessing intricate seashell pleats with a schmear of edamame hummus are also great. 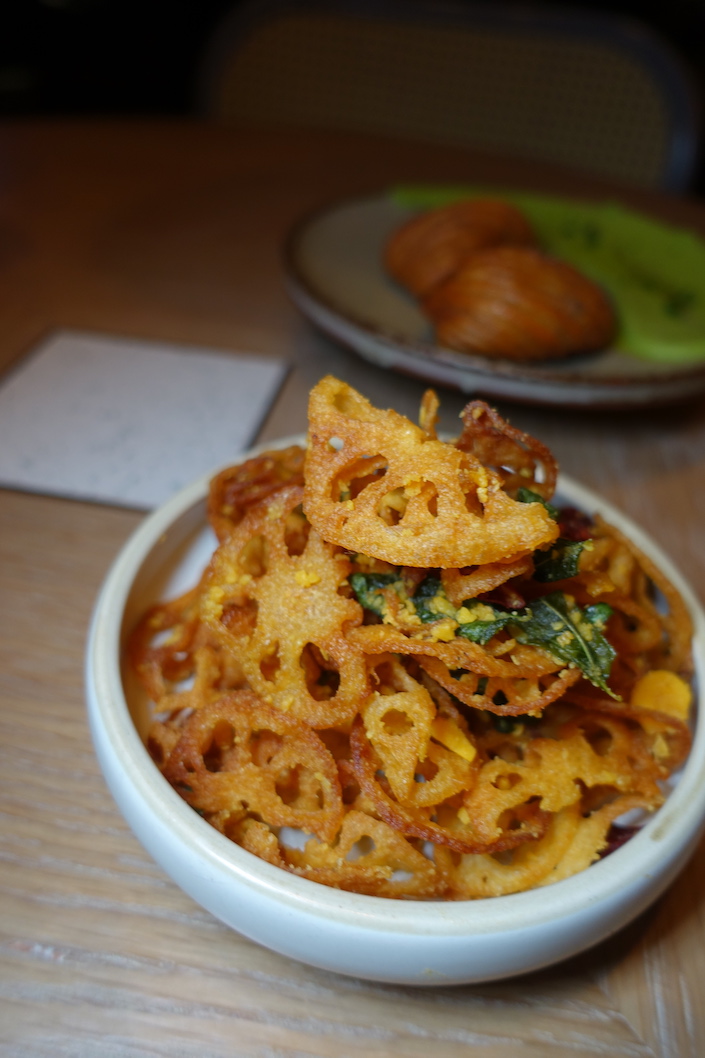 If you like candy and bacon, raw sugar and Sichuan Peppercorn Glazed Tuhao Bacon (RMB58) is a dream come true. We are never ones to turn down more bacon, and two crisp strips mark the spot above a dish of Dragon Beans (RMB72). House-made laoganma and an onsen egg accent the thinly sliced raw vegetable.

Another winning vegetable comes in the form of General Hu’s Cauliflower (RMB58). Flat slices of florets allow maximum contact with the batter before they meet a drizzle of chocolate gastrique, chili and mint. 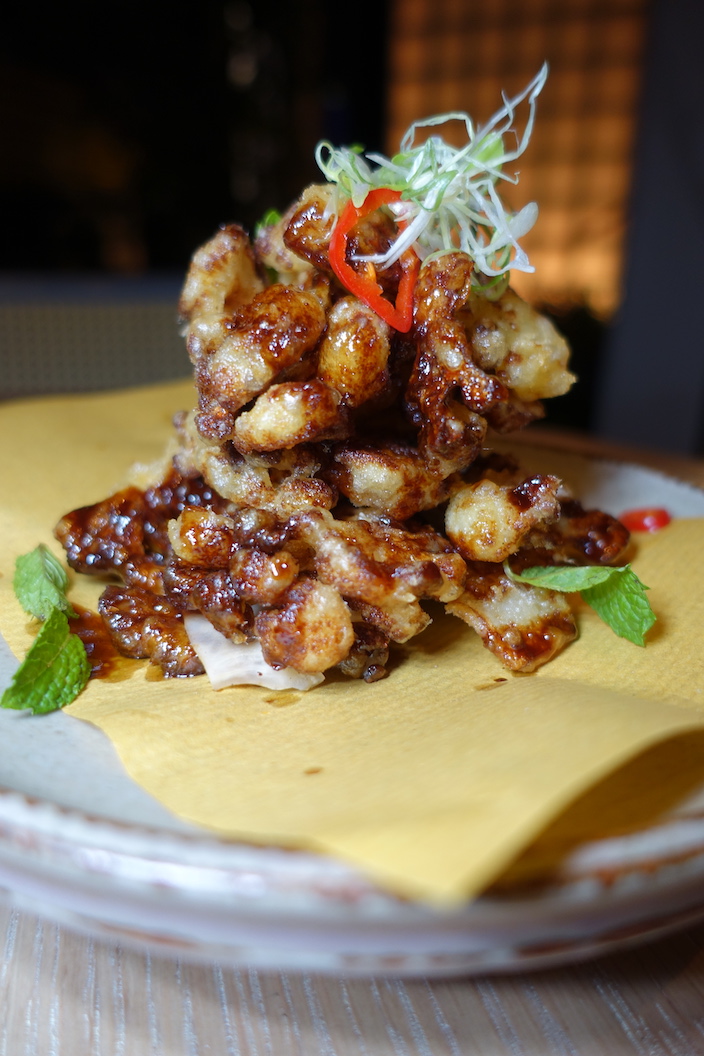 Deep-fryer dominance continues with Chongqing Hot Chicken (RMB88) with heat that penetrates through every layer. Squiggly ribbons of avocado and a bit of pickled onion are a wonderfully brief distraction from the delicious burn. Less spicy, but equally flavorful is the tender meat of the tea-smoked San Huang Chicken (RMB98) with XO aioli and seasoned sesame salt. With a skin befitting a Western roast, this brings the interplay between East and West to the forefront. 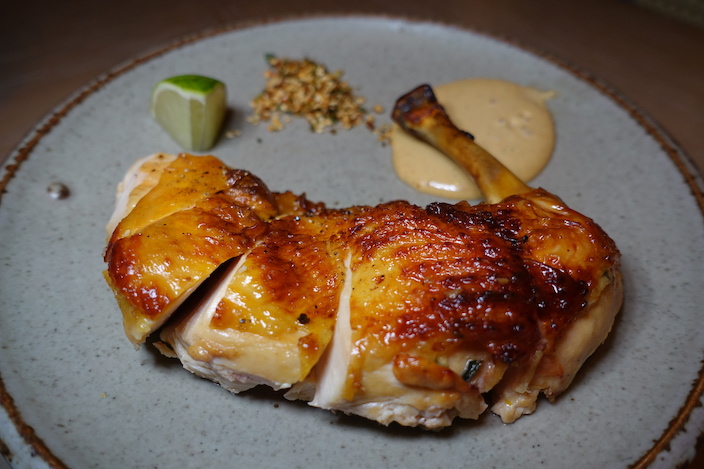 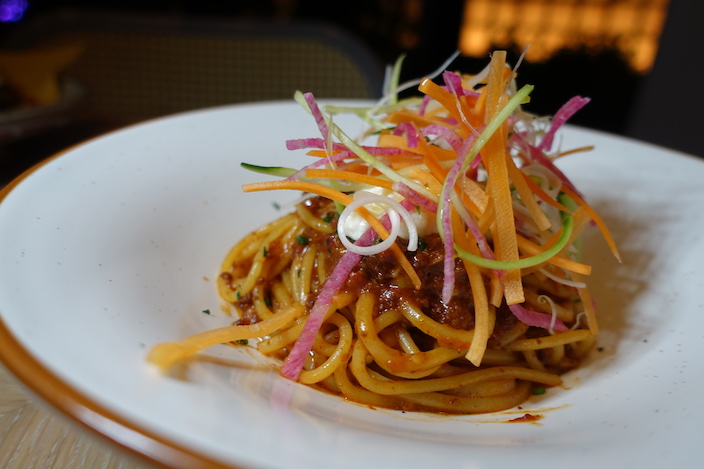 Aged USDA Prime Bavette (RMB188) with white miso chimichurri and beef jus is less surprising, but no less enjoyable. A side of Potato Puree for RMB88 understandably raises eyebrows, but here they are worth every fen. The chipper, cheerful server told us that the remarkable texture is due to special Yunnan red skin potatoes, but the chef mentioned lots of high quality butter might also be involved. 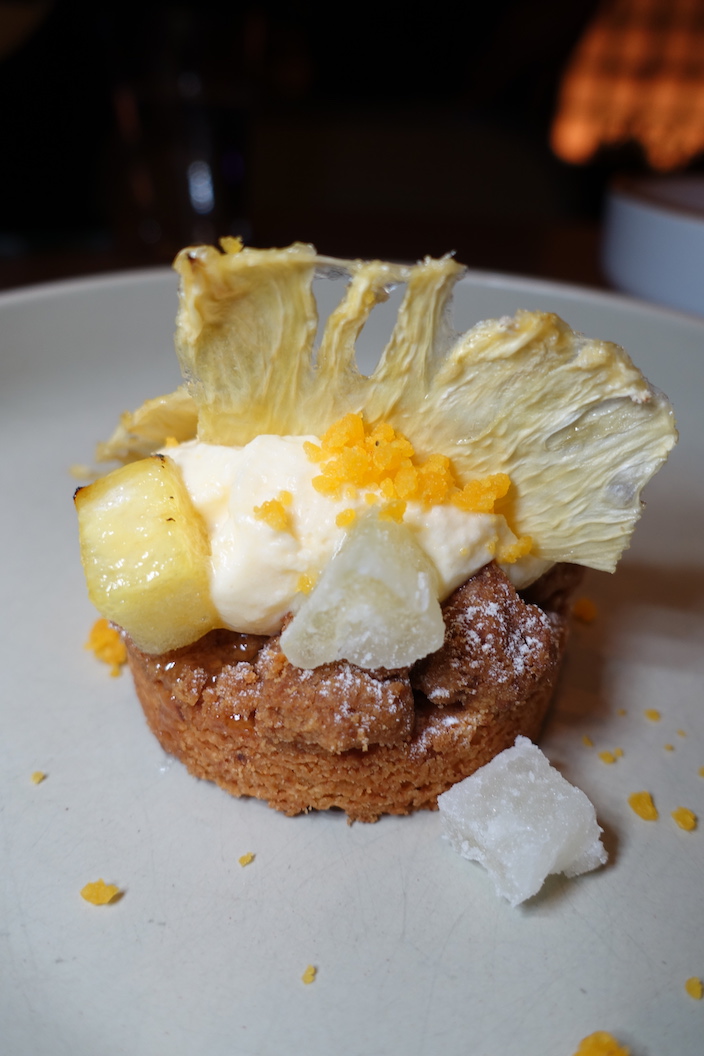 The finishing touches of Pineapple Cake and Rice Pudding (both RMB48) reference Taiwan and India in terms of flavor and technique.

Combining influences in this manner is sometimes called fusion, and that particular f-word often describes poorly conceived and executed food. With Heritage, multiple influences shine through earnest preparation without compromising the source material. What you end up with is a rigorous reinterpretation of flavors from someone who’s spent his life bouncing between cultures. Hu’s not trying to do fusion – he’s just cooking what he knows... and clearly, that’s a lot.

Have you been to Heritage by Madison? Post your review here. 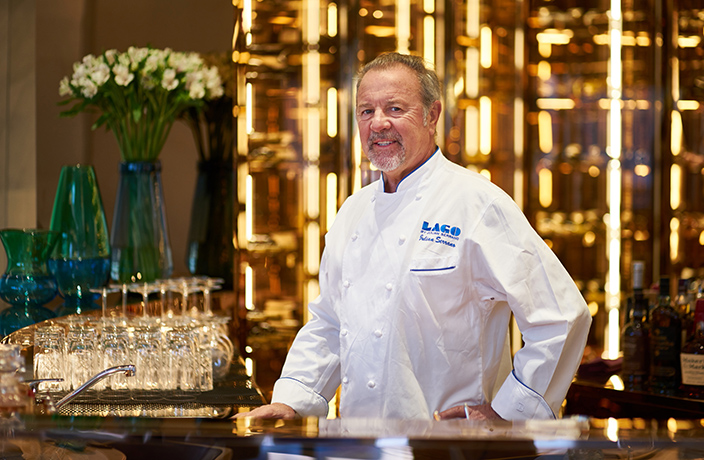