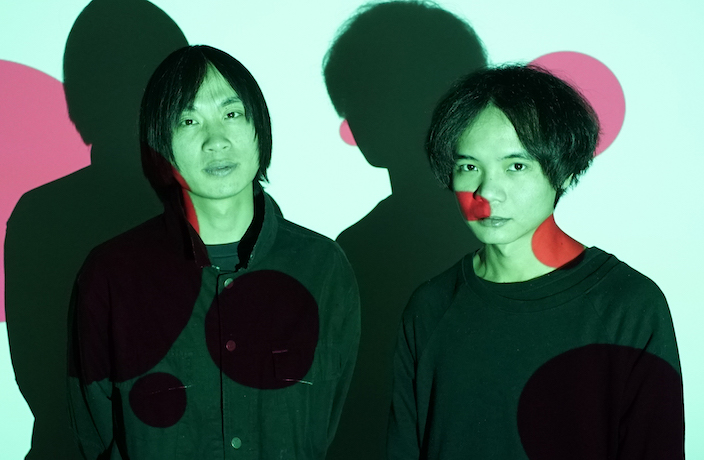 “At first, I was not interested in music when I lived in the countryside (because my father forced me to learn the erhu, which made me hate it very much). That was until I was impressed by the music of sacrifice.”

Xiao Dou, guitarist and mastermind behind the psychedelic, noisy duo, Run Run Run, has an interesting musical background. The sacrifice he alludes to above is a reference to Taoist music. Taoists believe that music is a way to speak to the gods, to transcend our earthly plane.

Run Run Run, on the other hand, were born of this earth, out of the tropical, ethnically diverse and landlocked province, Guizhou in Southwest China. Their sound, to our ear, resembles the suffocating atmosphere of the South of China with its intoxicating humidity, insects, scents and leafy greenery.

Their name may or may not be a reference to The Velvet Underground song of the same name from the New York band’s 1967 album, The Velvet Underground & Nico. Just like that song, Run Run Run have a sort of intoxicated, restless energy, with their music made up of looping, infinitesimally changing phrases that run on and on and on.

Xiao Dou refutes our insights on South China music, however. “Guiyang was where I lived during university. I was fascinated by western music because I knew some friends who were familiar with that style of music. I didn’t care about the noise of the city,” he told us.

“At first, I was not interested in music when I lived in the countryside (because my father forced me to learn the erhu, which made me hate it very much). That was until I was impressed by the music of sacrifice”

Xiao Dou’s experience of music while living in the Guizhou capital, came largely from these western influences. “During my life in Guiyang, I didn't go near a livehouse.” Rather, he spent his time jamming with friends and exploring influences.

In 2017, the guitarist moved to Beijing, a metropolis that is well-known for inspiring the creative flow of musicians, with its strange and distinct sounds. “What really made me become aware of the urban noise was my moving to Beijing. I found it very different from the environmental sound of southern cities.”

Recently released Hoon marks the band’s first full-length release. In speaking about the album, Xiao Dou expresses his enjoyment of the process of recording and his satisfaction with the output. He also talks in riddles when trying to define the nature of this first album. “My sense of our music is more and more indistinguishable. I can’t define the music I created. When I listen to a lot of our songs in South China, I feel that these sounds are from far away, from different places and not always growing in a fixed area.”

To accompany the album, which was released yesterday, June 26, Run Run Run also dropped an MV for ‘Hoon.’ The video, as you might expect, depicts a journey, this time by plane.

You can grab a copy of Run Run Run’s new album Hoon over on Maybe Mars’ Bandcamp page right now. The release is available for digital download, as well as on vinyl, cassette tape and CD format.

The pair will also be heading out on a China tour in July, taking in 11 cities around the country. Find more details below: