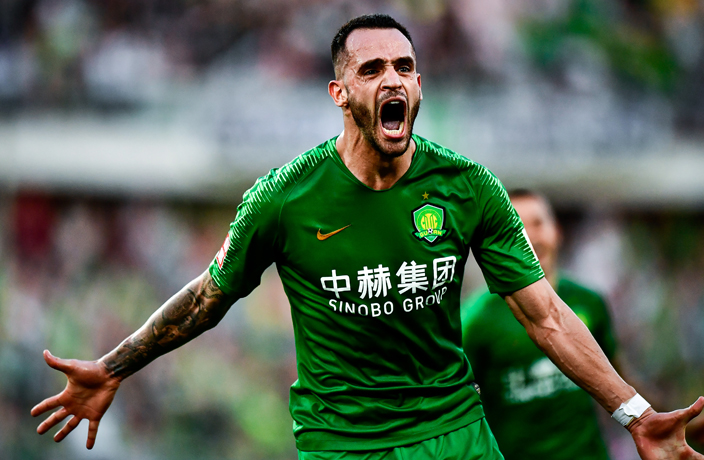 All of China’s title contenders won over the weekend as this three-horse race for the Chinese Super League continues to thrill.

After battling back to come from 2-1 down, the Brazilian midfielder cut in from the right-hand side before unleashing a left footed thunderbolt into the top corner from 25 yards out.

The last gasp winner capped off a truly sensational game which saw R&F talisman Eran Zahavi sent off for a horror tackle on Jonathan Viera. Initially given a yellow card for the challenge, VAR intervened and saw the decision upgraded, giving the Israeli his marching orders.

Until that point, Zahavi had been the hero for the visitors after he scored from the spot twice to take his tally for the season up to 16, and putting his side 2-1 up after an early Wang Ziming goal for Beijing.

The Imperial Guards leveled the affair just before the hour mark thanks to a stooping header from Yu Dabao before Augusto won it late on in dramatic fashion.

The win made it 13 wins from 14 in the league this term for Roger Schmidt’s side, and the German was visibly relieved at full-time.

“It was a difficult game; I have a lot of respect for Guangzhou R&F. There was not too much difference between the two teams today, and there are no easy games in the CSL.”

A sensational Oscar volley capped off a brilliant second half performance for Shanghai SIPG as the reigning CSL champions breezed past a very poor Beijing Renhe side.

Oscar’s acrobatic effort came just before the hour mark as the ex-Chelsea midfielder volleyed Wang Shenchao’s header past the despairing Lie Zhang into the far corner.

The Brazilian’s effort kick-started Shanggang’s performance as the floodgates opened after that, with Li Shenglong calmly firing past the Renhe keeper to give fullback Shenchao his second assist of the game.

Oscar’s brilliance was on show again late on, as he put the ball on a plate for compatriot Elkeson to tap home and round off a superb attacking move.

Renhe had thought they had taken the lead within the first minute after Sone Aluko’s cross was turned into his own net by defender Shi Ke, but following a VAR check, the goal was notched off for an apparent handball by the Reading loanee in the buildup.

That, sadly, was the best it got for the side who currently sit second bottom, as striker Makhete Diop squandered two glorious headed chances.

The result sees Shanggang move up to second whilst Renhe slip down to 15th given Shanghai Shenhua’s shock victory away at Jiangsu Suning.

Anderson Talisca’s absence proved not to be an issue as Evergrande continued their fine form with a win over struggling Hebei CFFC at Tianhe Stadium.

Dinghao Yan‘s powerful volley and Wei Shihao’s well placed strike were enough for the seven-time champions on the night as Marcao’s 69th minute effort proved to be no more than a consolation for Xie Feng’s Hebei side.

Brazilian striker Marcao pulled one back after latching on to an inch perfect through ball by Argentine Javier Mascherano and slotting home past Dianzuo Liu. Marcao then saw a powerful header crash off the bar, but Evergrande held on for a hard-fought victory which sees their winning run extend to eight games.

Shanghai Shenhua picked up a shock victory in the Yangtze Delta Derby, beating Jiangsu Suning 1-0 thanks to a Gio Moreno goal.

Dalian Yifang and Tianjin Tianhai shared the spoils with a 2-2 draw, whilst an Alan Kardec brace helped Chongqing Lifan to three points in a hectic 3-2 win over Wuhan Zall. 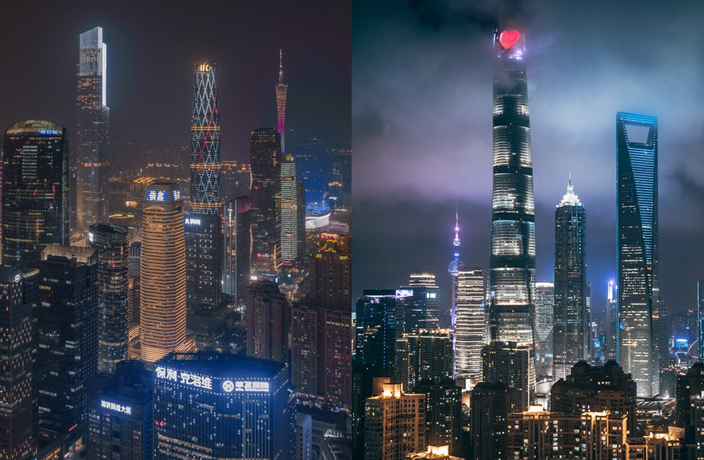