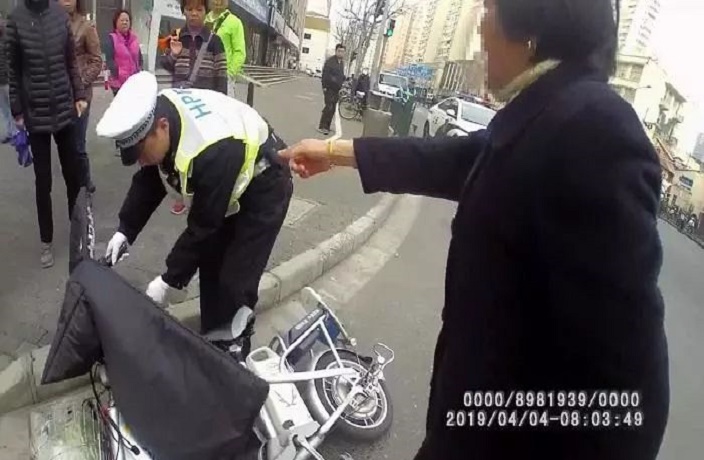 It's common knowledge that when you get caught running a red light, you should stop immediately and do whatever the traffic police ask you to do. However, there is always someone who resists authorities and winds up getting themselves in even more trouble.

According to NetEase, the bizarre, but kind of hilarious, incident took place in Huangpu District of Shanghai, when an e-bike rider surnamed Hu drove right through a red light. The traffic police immediately stopped her and were ready to cite her for the violation. To everyone's astonishment, Hu began to act up, completely fearless of making a total scene.

"Why hold me here?" shouted Hu. "Let me go immediately! I don't have any money and I won't go to the police station with you." Apart from using aggressive and provocative language, Hu even knocked down the tools of the officer and attempted to scurry away. 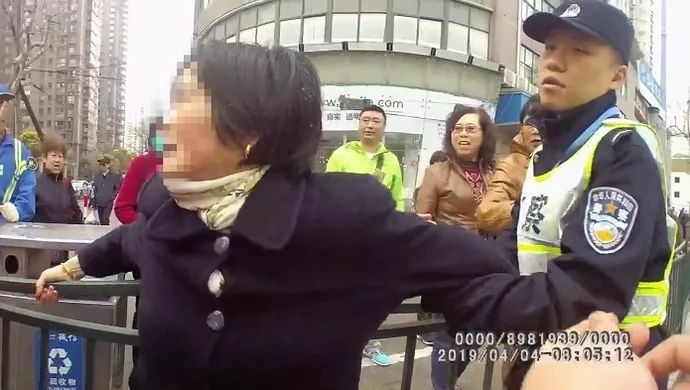 It didn't take long before Hu's actions drew the attention of passersby. After learning about what was happening, the righteous civilians all began to criticize Hu. "We are in a society ruled by law now," claimed one of them. "Don't do anything stupid."

Suffice to say, Hu was ultimately taken to the police station. She was detained for five days for obstruction. (If Hu hadn't resisted the police, she would only have had to pay a fine of RMB50.)