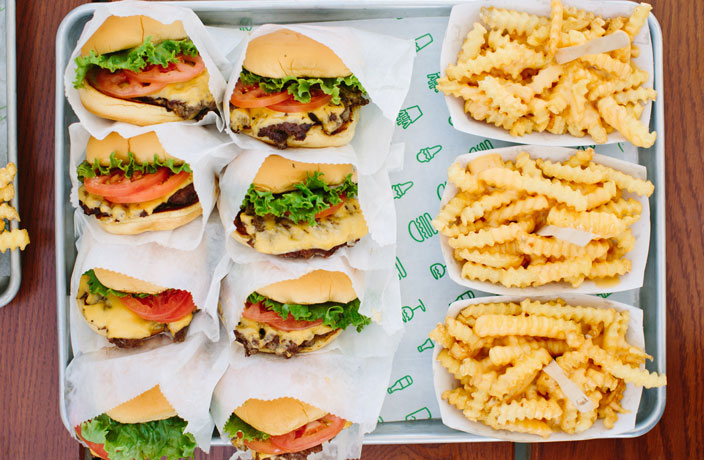 UPDATE #2 (February 22, 2019 at 1.32pm CST): Shake Shack just announced officially that the only way to enjoy Shake Shack is to visit their Xintiandi store. They are monitoring the need to add delivery services and may add in the future.

UPDATE (February 18, 2019 at 12.38pm CST): Looks like the delivery of Shake Shack is not official. A representative from Shake Shack told us they are looking into the situation and will give us a statement shortly.

This just in, burger lovers. Shake Shack delivery is up and running on Eleme. This comes just three weeks after the first Mainland China location opened at Shanghai's Xintiandi on Thursday, January 24. 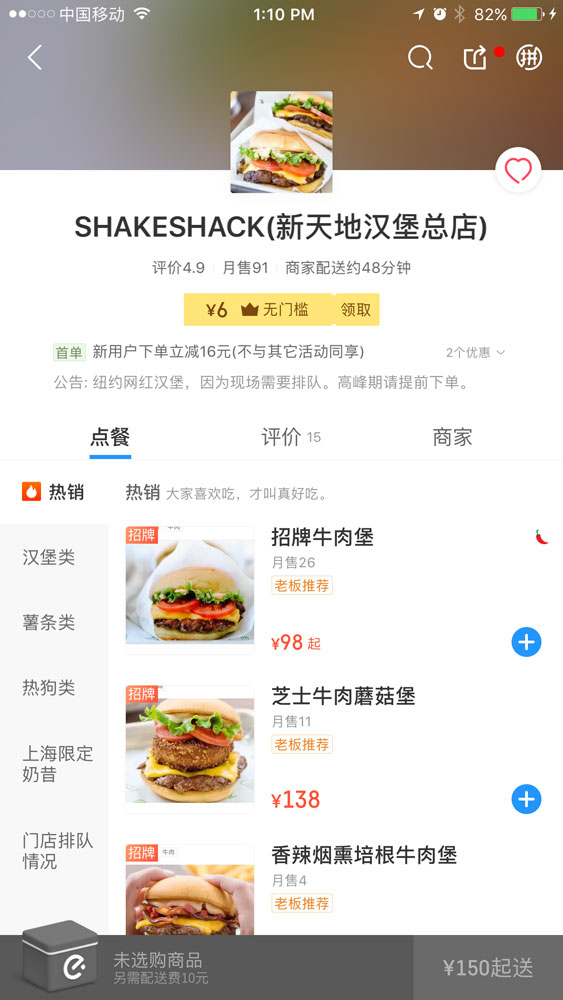 Among the offerings available for delivery are the classic ShackBurger (RMB98), SmokeShake (RMB118), 'Shroom Burger (RMB118) and Shack Stack (RMB138). The latter is a combination of cheeseburger with cheese-filled, battered and deep fried portobello mushroom patty. You'll probably want to tackle that one sitting upright, unless you don't mind sleeping with cheese on your pajamas. We won't judge.

Convenience doesn't come cheap as these prices are nearly double what you'd pay if you stood in line and picked it up yourself. The ShackBurger, for example, is only RMB47 at the brick and mortar. 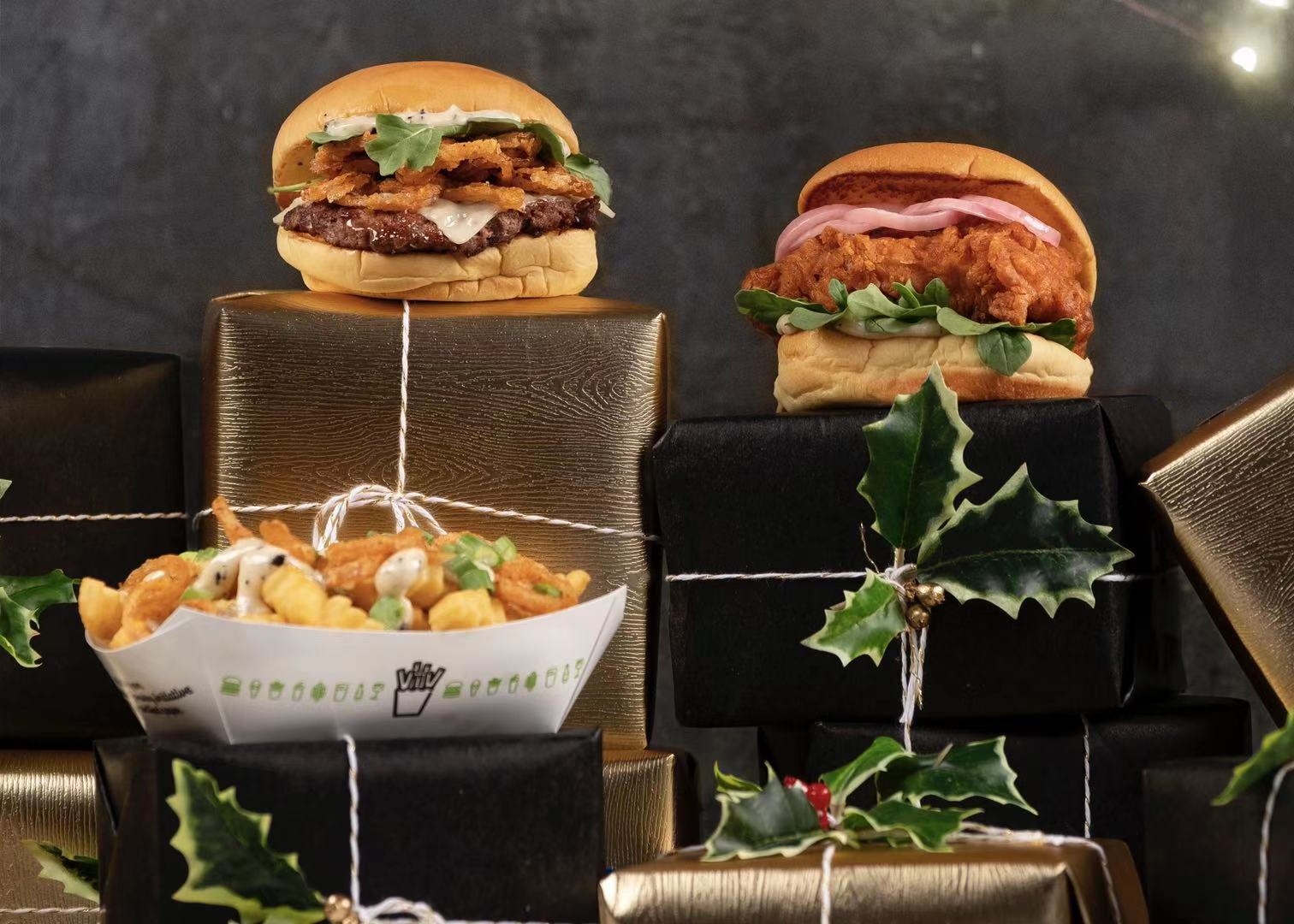