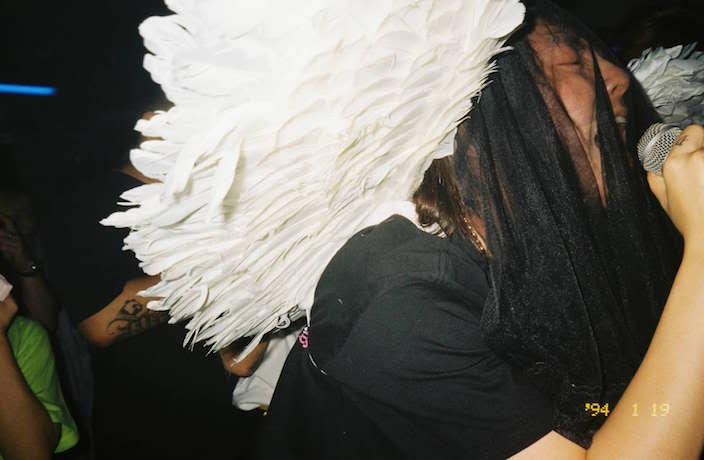 Born beneath the sign of twin fish, GG Lobster has been trashing around the peaceful, historical waterways of Hangzhou for some time now. His latest release, Punk Rock Karaoke, was called the best 20 minutes of music to be released so far in 2019 by Radii China, as he makes trippy electrified updates to songs by such punk behemoths as The Clash, Sex Pistols and The Ramones.

Now with his label, FunctionLab, set to take in a mini-tour of China, alongside equally experimental and vibey Shanghai label Genome 6.66mbp, we caught up with GG to talk about his interesting name choice, his illustrious label mates and fighting the urge to become a frivolous hanger-on in the music scene, or a wanka (玩咖).

Could you talk a bit about FunctionLab, your label in Hangzhou, and what you guys are trying to do with your music?

FunctionLab is rooted in Hangzhou. It was started by Juan Plus One and GUAN. At the moment, the three of us are responsible for daily affairs. We currently have eight producers, one VJ and six DJs. We mainly do distribution for indie electronic acts, we also book international artists for gigs and we play parties in Hangzhou and Shanghai. We have a studio focusing on the training of DJs and producers, and we strive to support local newcomers and want to promote the development of Hangzhou club culture as a whole.

Where does the name GG Lobster come from?

GG comes from a punk music bastard from the United States, called GG Allin (editor’s note: search him on YouTube, you won’t be disappointed.) It’s also my nickname – Guagua. The lobster part comes from the lobster Zoidberg in Futurama. GG Allin and Zoidberg look very much alike, so I decided to put them together as my name. I want to bring the destructiveness of punk into the world of electronic music, and I want my music to be forever green, just like when I started playing in punk bands when I was 17 years old. 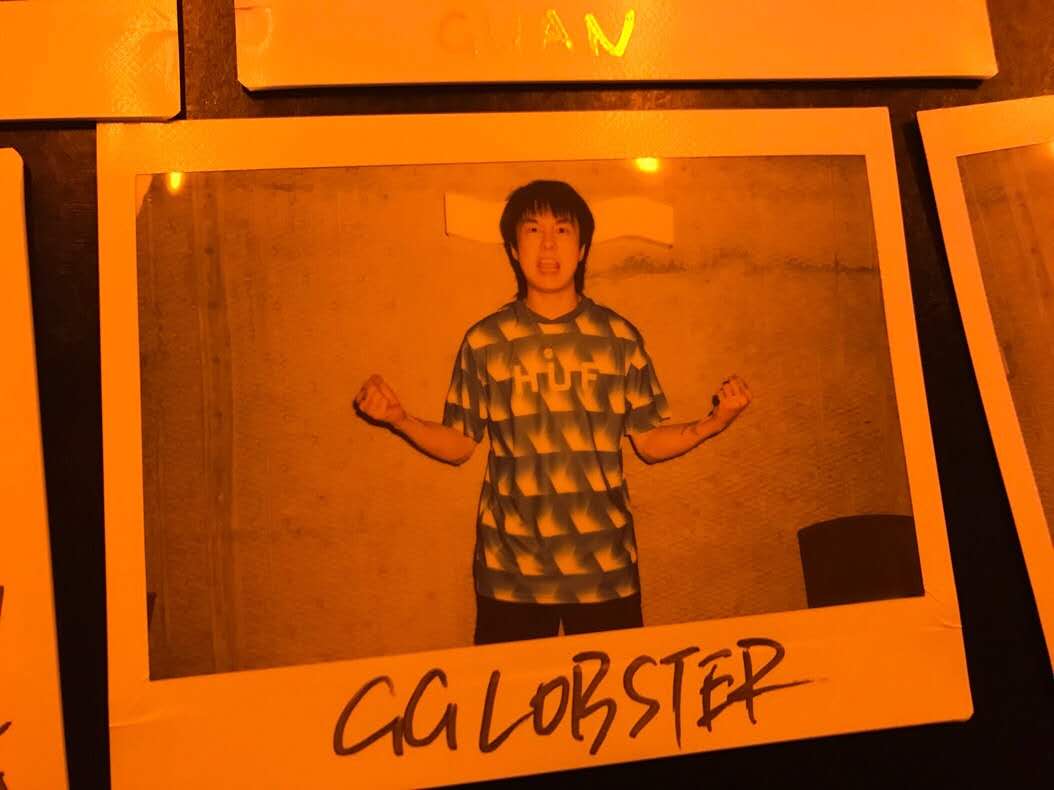 There seems to be a bit of a musical movement going on in Hangzhou. Would you agree with that statement?

A little bit. Although Hangzhou has seen a lot of musicians move from the underground to the mainstream market in recent years, the underground scene in Hangzhou is still pretty sluggish, and sometimes frustrating. First of all, Hangzhou is still in the early stages of constructing a scene, but life here is full of entertaining parties, which has caused a lot of young people to lose interest in the music itself, and some only want to become wankas (玩咖). Secondly, local musicians or practitioners don’t have a large enough understanding of music. Really interesting local musicians rarely stay in Hangzhou, because the pressure of life in Hangzhou is almost the same as in Shanghai, but the demand for culture here is much weaker than in Shanghai.

For this three date tour you will team up with Genome 6.66mbp from Shanghai, another internet label who are making exciting music. How do you compare FunctionLab and Genome 6.66mbp?

Genome 6.66 Mbp is one of the best domestic labels in my mind. Their music is very emotional, highly experimental and adaptable, and, most importantly, they are always changing. Although Genome does not have a fixed musical style, each piece of music they distribute is conveyed in their packaging, as they show a certain kind of emotion, in a very holistic way.

FunctionLab is still a very new label, and many aspects of what we do still haven’t matured, but one thing is certain: our musical roots come entirely from punk music, so we tend to sound more lively. We have a lot of powerful DJs and producers, like GUAN, Juan Plus One, Yung Min, etc. We want our partnership with Genome to bring us more inspiration. 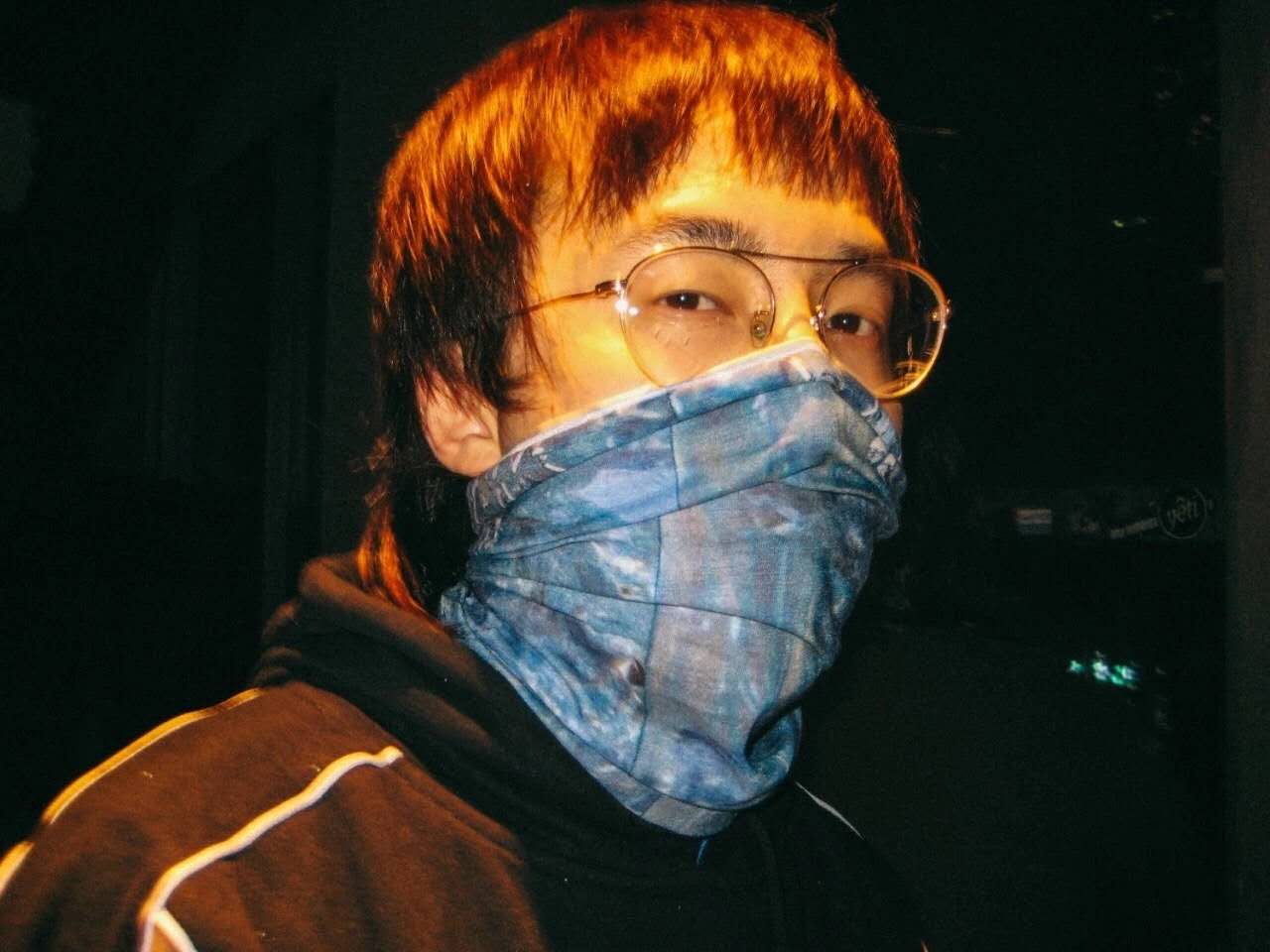 In the new release, Punk Rock Karaoke, it’s interesting that you use the word karaoke. Where does the name come from?

This cover EP was actually made for live performances. It’s something that I always wanted to do. I used electronic music to reproduce a bunch of classic punk songs so I can sing them at my live electric sets. This experience is totally different from gigs with my previous bands. I don’t need to think about the instruments, sound check or anything else. It’s just like I’m at a karaoke bar, I can control the whole gig just by picking up the microphone, so it’s very convenient and effective. Karaoke is happy in a cheap way, and my EP is also the highest energy at the lowest cost.

I feel like a lot of club music in China uses derivatives of bass music. You can look at S!LK in Beijing, FunctionLab in Hangzhou or Unchained here in Shenzhen. Do you think that there is a movement towards more bass oriented music in China? And if so, why?

Yes, and this is actually a very international transformation. As we all know, the current focus of the club culture is located in London and Berlin, and London artists are migrating to Berlin on a large scale, so that the British bass music like grime, drill, bassline and other styles, as well as a large number of Jamaican music styles popular in the UK, are seeing a wide circle of transmission. Nowadays, a large number of domestic producers are trying to integrate these types, and some have even squeezed into the forefront of the international market, which is very encouraging.

What’s next for FunctionLab? Obviously, you guys had a strong start to 2019, do you have more releases ready to go for the rest of the year?

Yes, we are gonna pay more attention to the quantity and quality of our music releases this year. We have planned to release at least 12 domestic electronic music records and singles by overseas artists within the next two years. You can stay up-to-date with our new releases on our Soundcloud, Instagram, Facebook and Bandcamp pages.

We’re giving away two tickets to see FunctionLab/Genome 6.66mbp in Oil, Shenzhen, this Saturday. For a chance to win, share this post on your Moments with the caption ‘That’s what I want – Genome.’ Send the screenshot to our official WeChat account (ThatsShenzhen), along with your name and phone number.