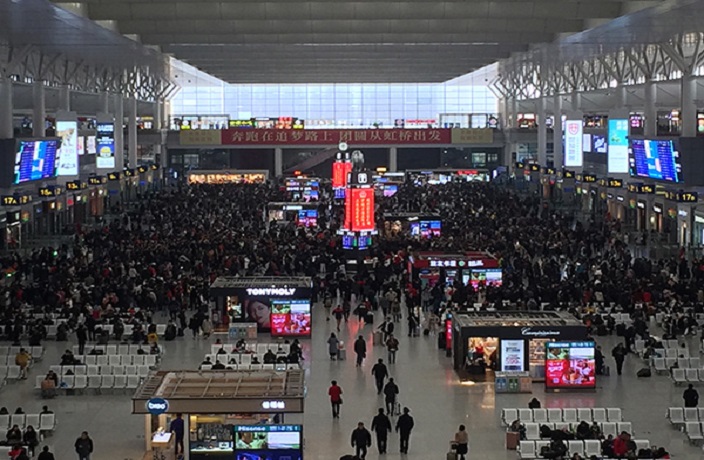 It's that time of the year again. The Spring Festival travel season, which is also largest annual human migration in the world, officially commenced yesterday, reports Shine.

The first day of the Chinese New Year 2019 falls on February 5 this year. As always, the annual travel rush starts a fortnight before the festival and will end on March 1. In other words, expect a huge spike in the numbers of travelers in the next 40 days. 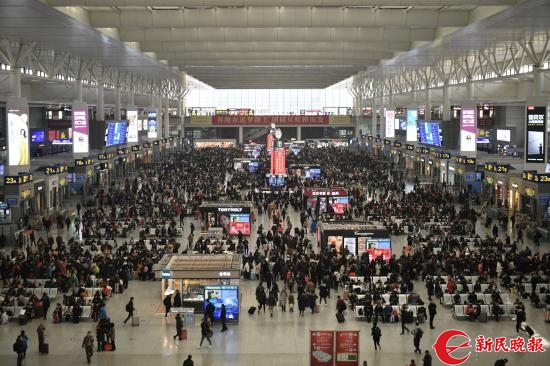 Thanks to the newly launched facial recognition check-in service, this year travelers can swiftly enter the train stations by scanning their faces and ID cards. The whole process takes a mere four seconds. And should a traveler forget to bring their ID document, temporary ID machines can solve their problems. Apart from the convenience, the stations have also dispatched some of their employees to distribute couplet and fu characters, giving out their blessings to the travelers. The peak of the travel rush is slated to happen from February 1-3, when a flow of 500,000 passengers a day has been predicted. Altogether, 13.11 million people are expected to travel by train during the entire Spring Festival season, which will break the record once again.

To ease the tremendous pressure caused by the holiday crowd, Shanghai Metro has announced that from February 9-19, extra trains will be added for Line 1, 2, 3 and 4, which run through the three major railway stations.

The Kung Fu Komedy podcast is back. Andy hits his tenth Chinese New Year and reminisces on many wild new year celebrations.