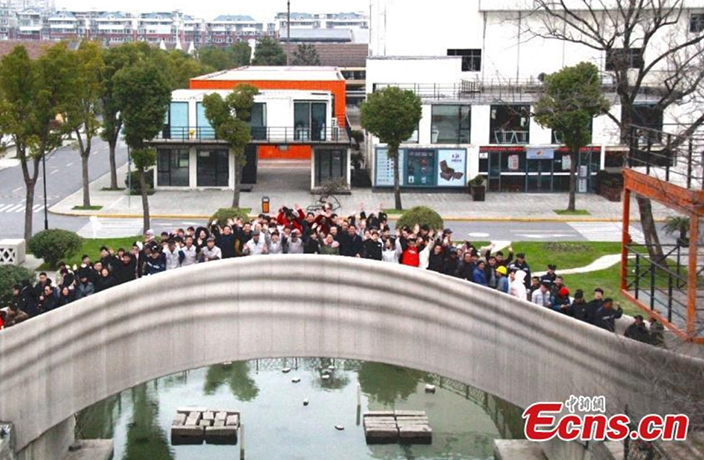 Shanghai is now home to yet another tourist attraction. The new 3D-printed footbridge measures 26-meters long and is the longest in the world, CGTN reports. 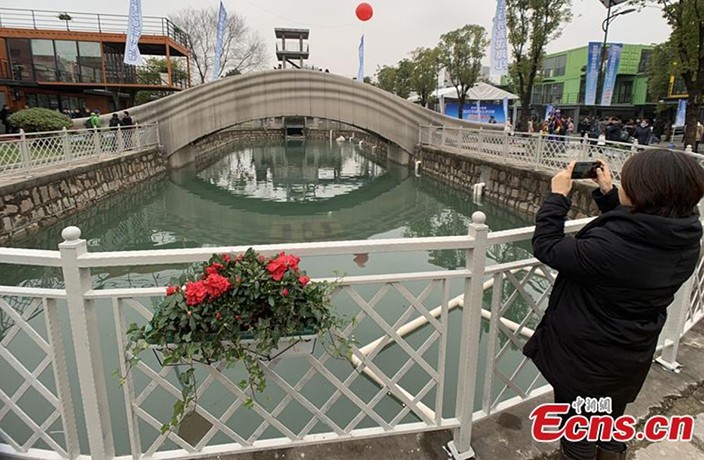 The high-tech bridge is located in Baoshan District on the Wenzaobang River. The bridge was designed based on the ancient Zhaozhou Bridge, which dates back to the Sui Dynasty (581-618). Unlike the original – which took 11 years to make – the new footbridge was made in just 450 hours.

The bridge was built by Xu Weiguo, a professor of architecture at Tsinghua University. According to Xu, the new bridge is not only stronger than the original but was cheaper to make. The bridge was unveiled on Saturday. During the event, 100 lucky guests were invited to be the first people to walk across the bridge.