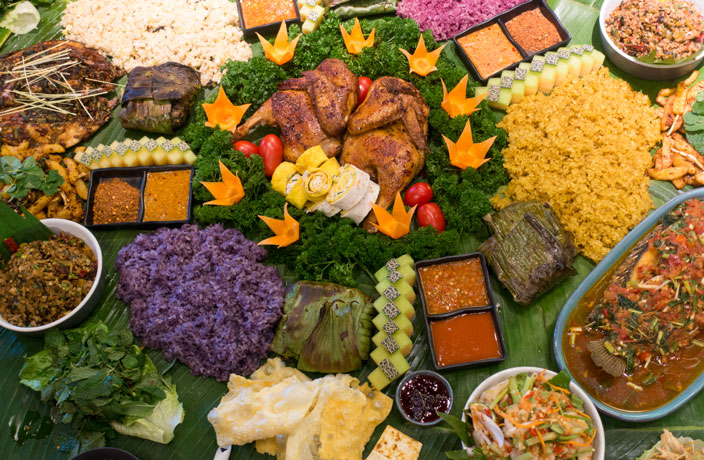 Shanghai has its fair number of tasty Yunnan joints, but a trip to the southwestern province will quickly show you how many concessions have been made to local or foreign palates. Trust us, we searched for days for a more ‘authentic’ Lost Heaven when we were in Dali, before realizing that there is much more to Yunnan cuisine.

The time is ripe for more regional variety, and thankfully Pilipala has come along to show us the ways of Dai style barbecue. Here, Restaurateur Niu Yun (also the owner of popular Yunnan noodle joint Slurp!) opens up an entire world of culinary experiences beyond the safe fried goat cheese and ‘Grandma’s Potatoes’ to which we have grown accustomed. 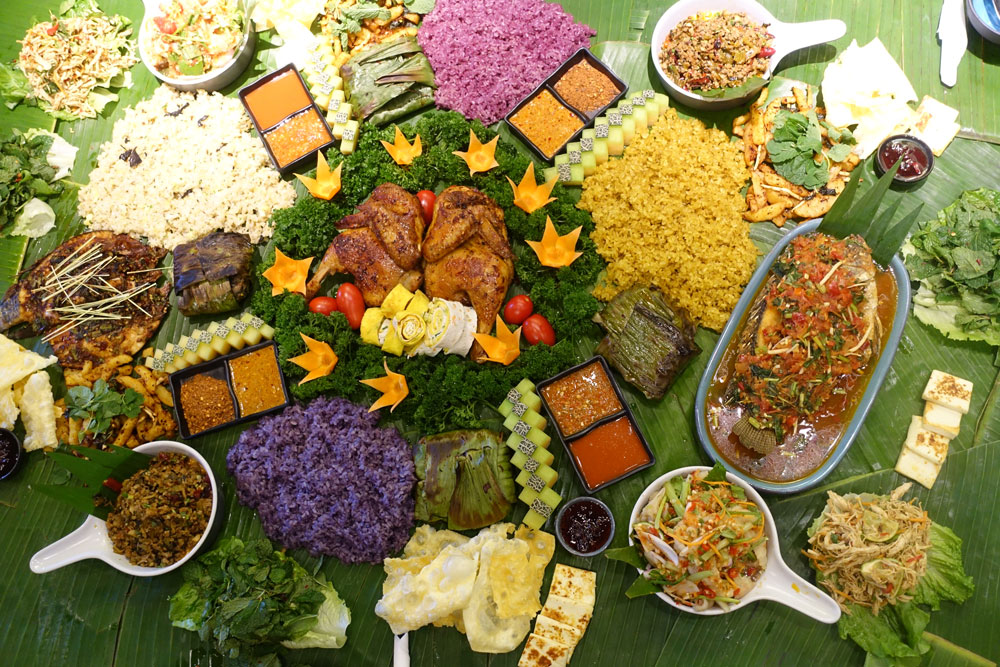 While you can assemble a pretty decent meal from the menu, it is best to go full Dai at least once and pre-order the Banana Leaf Feast (RMB200 per person).  Just make sure you have six hungry dining companions. They start laying down the twenty or some odd dishes early, so arrive on time. You’ll need adequate time to gawk at the spread before donning plastic gloves and savoring it.

Dishes featured in the feast change based on seasonality but there will certainly be a number of grilled dishes plus a selection of colorful and fresh salads. Many of the dishes that make up the feast can be ordered a la carte, but not all of them. 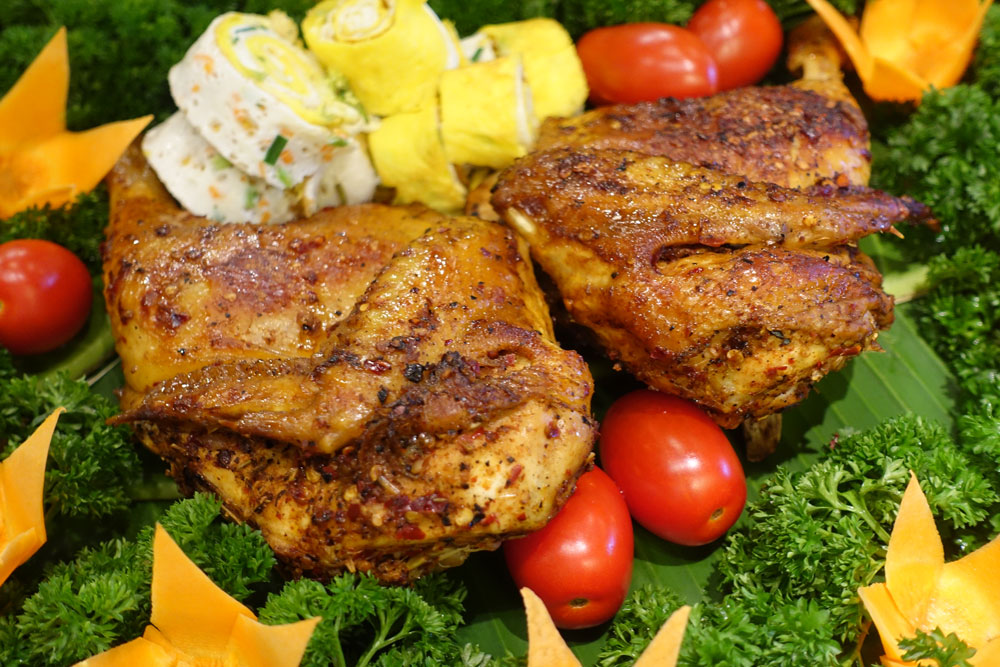 The centerpiece Roasted Chicken with Lemongrass and various spices features bold flavors, but they only remain on the surface, leaving the meat underneath a little bland. Fish prepared in a similar style is much tastier as the seasonings are distributed evenly along with tender flakes of flesh. Another fish dish is simmered in tomato sauce and has the spicy sour punch that Dai food is known for. 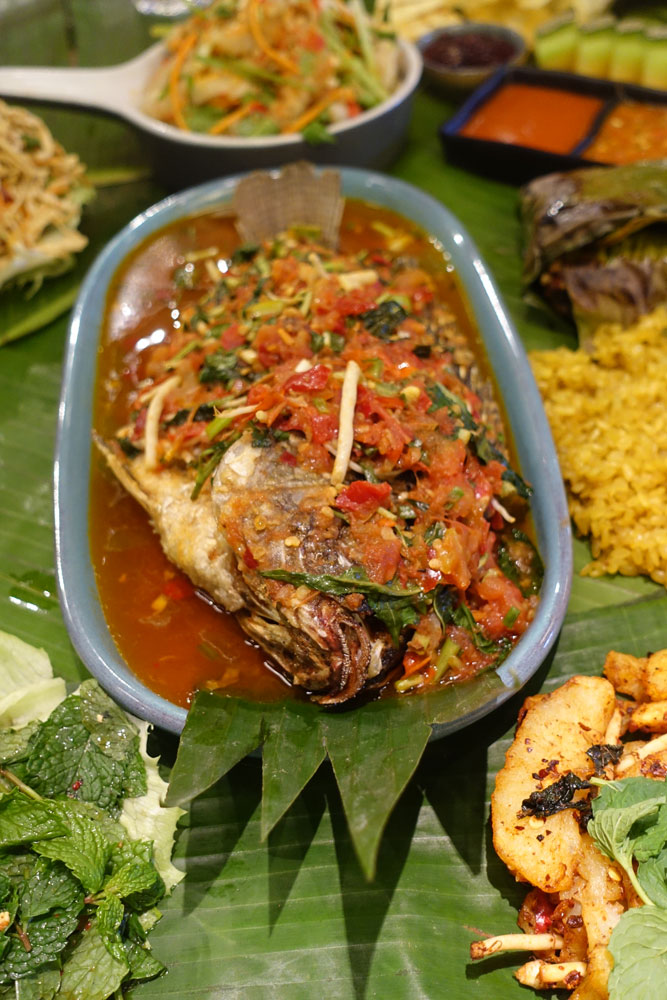 Unusual herbs, flowers and roots make their way onto the table in the form of jasmine, carrot and chive egg pinwheels, as well as liaocao and pork in a banana leaf wrap. With a sour yet bitter undertone, the ground pork dish is unlike any Yunnan dish we’ve had before. 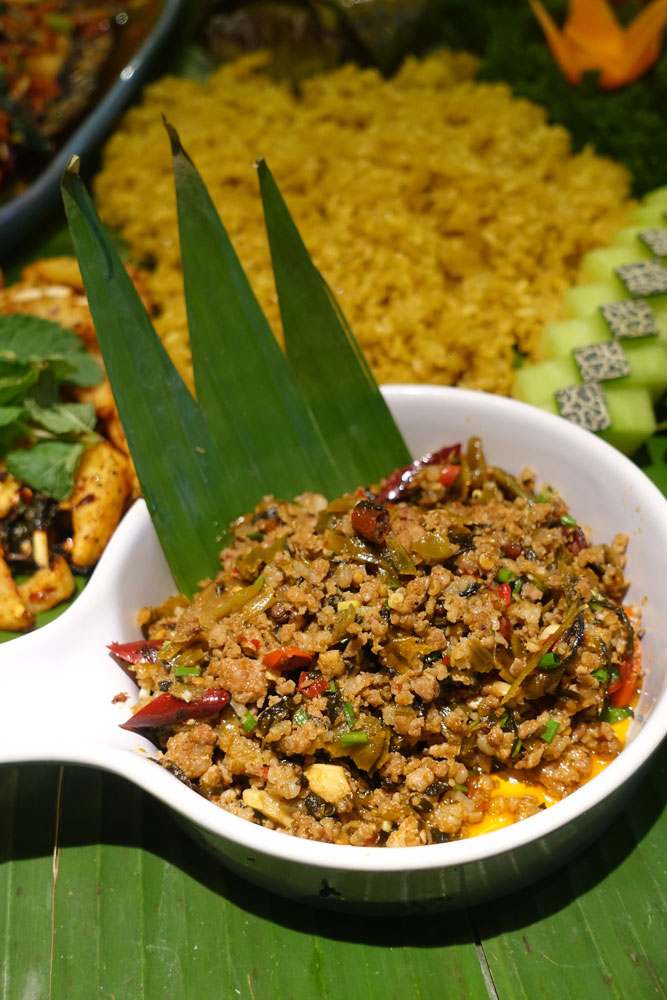 As mushrooms are plentiful in Yunnan, they are also represented here in a Thelephora (Ganba) Mushroom Fried Rice. The intense umami flavor is punctuated by a concentrated piney aroma. One nibble from a banana leaf packet of Termite (Jizong) Mushrooms will remind you of poultry (hence the Chinese name meaning chicken stick).

There’s no getting around the fact that Pilipala is located in a mall food court, but their colorful little corner manages to create a cozy atmosphere especially when diners are slurping their noodles and eating from banana leaves. Though the space is relatively quiet and the staff seem bored, drop a chopstick and expect a fresh one in your hand in 30 seconds flat. No joke.

Unfortunately, dinner service is rushed as the mall hasn’t gotten a handle on what time it wants to close. We thought we had until 9pm, but were asked to leave at 8.30pm as the food court had actually closed 30 minutes earlier. So while the experience was stellar, Pilipala might be better suited to quick lunches and early dinners until further notice.

Have you been to Pilipala? Post your review here for a chance to win a Saucepan voucher. 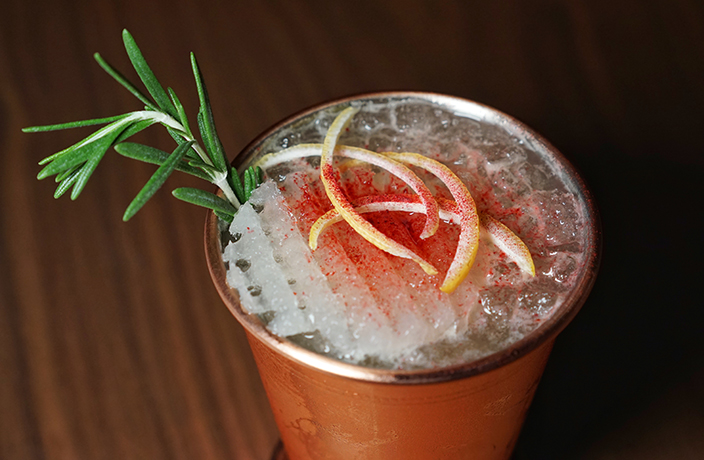 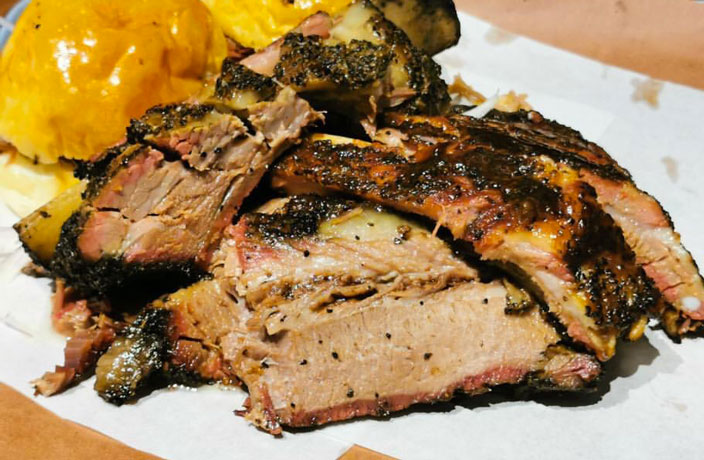