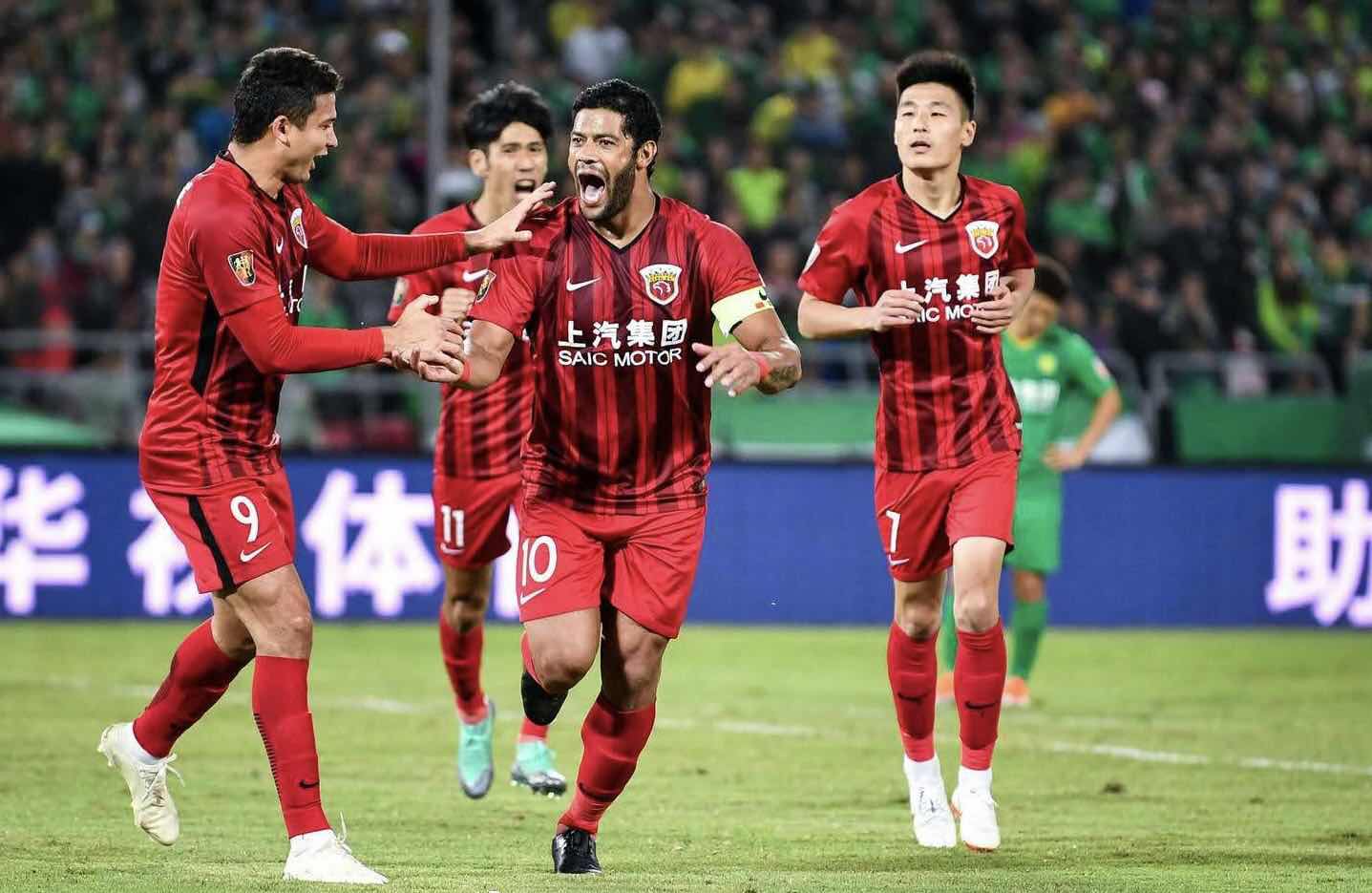 Captain Hulk scored the only goal of the game as Shanghai SIPG beat Beijing Guoan 1-0 to stay four points clear of seven-time CSL champions Guangzhou Evergrande at the top of the Chinese Super League.

The Brazilian scored in the 66th minute from a Wu Lei pass, after Beijing had had a first half goal disallowed for offside by VAR.

SIPG's fourth straight win leaves them on 55 points with six games to go. With three defeats in succession, Beijing Guoan remain on 45 points in third place.

Watch the highlights below (VPN off):

Elsewhere, Guangzhou Evergrande beat Dalian Yifang 3-0 to keep the pressure on SIPG, who still have to play them at Tianhe Stadium on November 3.

Brazilian Alan opened the scoring with a 4th minute penalty kick, while Gao Lin's 64th minute header and a Mu Xiekui own goal rounded off the win.

Evergrande travel to Hebei China Fortune on Saturday with a 7.35pm kick off, while SIPG host Guizhou Zhicheng at the same time 24 hours later at Shanghai Stadium.