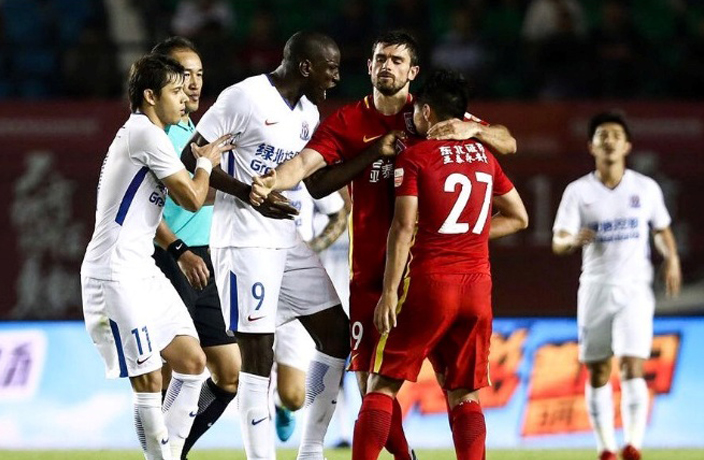 Shanghai Shenhua striker Demba Ba has been the victim of racial abuse during a Chinese Super League match, according to his manager Wu Jingui.

The former Chelsea and Newcastle striker was allegedly abused during Shenhua’s Chinese Super League match against Changchun Yatai on Saturday.

The 33-year-old, who rejoined Shenhua in June, was involved in a heated confrontation with Changchun midfielder Zhang Li during the 1-1 draw.

It is alleged that the midfielder repeatedly shouted "you black" towards the Senegalese striker, which led to the confrontation.

The alleged abuse has been met with widespread condemnation, with Shenhua manager Wu saying "The Chinese Super League has players of many different skin colours. We should respect our opponents and there should be no discrimination."

Ba’s club has also condemned the incident, tweeting that the "CFA should take serious disciplinary action" against Zhang, and his old club Besiktas have also tweeted their support.

The striker returned to Shanghai after a spell in Turkey with Turkish Süper Lig side Göztepe SK and currently has two goals in five games this season.

The incident isn’t the first time that there has been a racism scandal involving a Chinese Super League player. In May 2017, Hebei China Fortune’s Argentinian international Ezequiel Lavezzi was accused of racism after a photoshoot in which he posed for one of the photos by pulling his eyes back.

This prompted a huge backlash on social media and Lavezzi was forced to apologize for the incident.