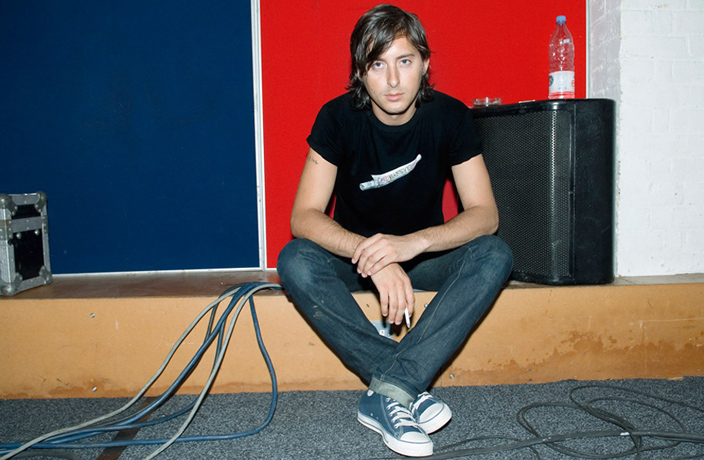 British rocker Carl Barât hits up Mainland China this month for what is likely to be three raucous shows. The artist is best known for The Libertines (and his chaotic friendship with co-frontman Pete Doherty), a band whose knack for combining rollicking guitars with poetic literary references propelled them to the forefront of the guitar-rock wave of the early 00s. The band imploded, due, in part, to Doherty’s heavy drug use and subsequent arrests, before reuniting to play at Reading and Leeds festival in 2010 and releasing their third record, Anthems for Doomed Youth, in 2015.

The Libertines perform at Reading Festival 2010 (VPN on):

During all of this Barât has released a solo album and helmed multiple side projects, including indie rock group Dirty Pretty Things, which featured Libertines’ drummer Gary Powell, and Carl Barât and the Jackals, which was formed via Facebook applications. TLDR: It’s been a ride. We catch up with the seemingly ageless rocker ahead of his upcoming Mainland gigs.

That's: Is this your first time visiting Mainland China? What are you looking forward to?
CB: This is my first visit to Mainland China and I'm so very excited. I can't wait to see the culture, the food, music and the people. I hope to do some tourist stuff too, [like] see the Great Wall and the Forbidden City.

What are the main differences between your creative processes with the Jackals compared to The Libertines?
The Jackals and the Libertines are such very different bands in terms of their chemistry–that's the main difference–but the creative process is actually pretty similar. One person has an idea, kicks it about a bit and everybody else has a go.

The Jackals' Harder They Fall EP has a noticeably heavier sound than your other releases – will future The Jackals releases continue with the heavy vibes?
There are no plans for any further Jackals releases at present. I enjoyed doing something a little harder and I'd like someday to go harder still. Either solo or with a band. Then again I love balladry and pop classics and soul. I still want to try so many different sounds.

How has your perspective on songwriting changed over the years?
My perspective hasn't really ever changed. It's the same process every time, I just have to be truthful and sometimes it works. Just when I think I'll never write anything meaningful again, something comes up, and just when I think I've cracked it, I'll come up with an unmitigated stinker.

Do you have any regrets from your early days starting out in the industry and with The Libertines?
Overall and philosophically I regret nothing, as all my mistakes have led me to where I sit right now, which isn't a bad place at all. It would be nice to go back and: A. Not smash my face up, B. Save some money and C. Not try to grow a beard. But other than that, all seems pretty well.

In a recent interview you lamented the state of the guitar-band scene in the UK. Is this still the case?
There are loads of great guitar bands making great music, the problem is that the industry no longer supports them so it's incredibly hard for them to break into the mainstream. (Trampolene are an excellent unsigned band, for example). This has always happened periodically though, the focus moves onto dance music, soulless pop, or drum and bass. It usually comes back to guitars and songwriting in the end though.

What’s a common misconception people have about you, and also The Libertines?
People think we wrote 'Dreaming of You.' It was actually The Coral.

If you weren’t a musician what would you be doing
Hopefully acting. Spear carrier number four maybe?

You became a father in 2010 and again in 2014. Has fatherhood changed your approach to music – and life?
Fatherhood and family is without a doubt the best thing to ever happen to me. I was lost without it. Fatherhood has allowed me to see the world anew through the eyes of a child and learn to appreciate beauty all over again.

The Libertines' The Albion Rooms (VPN on):

Tell us a little bit about The Albion Rooms. When can we book a room?
The Albion Rooms is going incredibly well. We've turned a dirty old crumbling building [in Marbury] into a top of the range recording studio, we're making the bars at the moment and the hotel rooms will be last. I wouldn't book a room just yet as there are a load of dogs wandering around and no beds.

Any last words?
Many thanks, I very much look forward to my visit.