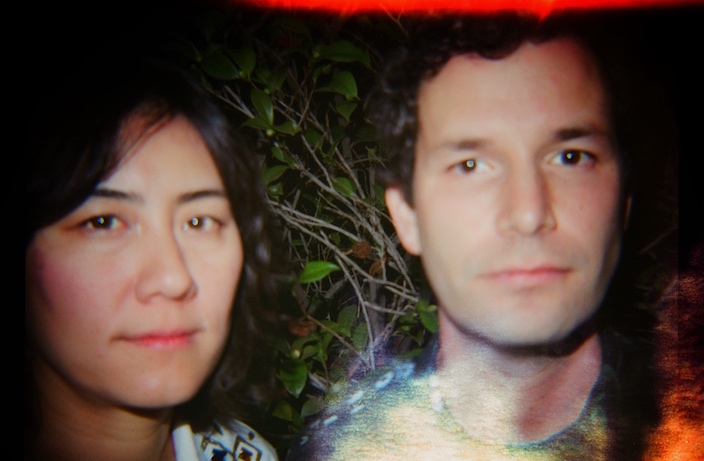 Pauline and Jonathan Zeitlin are self-described ‘guitar and drums duo’ Alpine Decline, who formed in LA in the early aughts but became essential members of Beijing’s rock scene after they left their hometown and moved to Tongzhou, in outer Beijing, in 2010.

“When we moved to Beijing, we needed to go out and put our perspective in the blender or I’m not sure we’d have been able to write compelling music anymore,” says Jonathan, who plays guitar and provides the band’s distinctive vocals. The greatest result of this period was their 19-track noise rock opus and “love/hate letter to their adopted home” of Beijing, 2016’s Life’s A Gasp.

Music video for 'Pre-Columbian Artifact' from Life's a Gasp

It is the most focused and intensely realized record tackling Alpine Decline’s long-running theme of “how urban chaos plays out in the intimate moments of real lives and relationships,” according to Jonathan. It’s also one of the best indie rock albums to come out of Beijing in the past decade.

After their 2016 tour supporting Life’s A Gasp, Alpine Decline up and moved back to LA, which Pauline explains happened “abruptly”— it resembles what they’d done six years prior, when they dropped everything and moved to Beijing in the first place. “We’d already felt like some changes had come over us, musically-speaking... a new era of something had dawned on our band,” she says.

Alpine Decline are working and producing constantly (both as their band and for their modular synth side project), and it didn’t take long for a new, post-Beijing era album to begin taking shape, though it wasn’t nearly as specific to LA as Life’s A Gasp was to Beijing.

“It feels kind of like one door closed behind us and it took a long time before a new door opened up in front of us,” Jonathan says. “This album is from that empty space in between two doors.” The duo wrote the album’s music and lyrics in LA, but took the work back to Beijing last year to record it, which may have contributed to its feeling of floating in between two places. P.K.14 frontman, Beijing scene builder and longtime Alpine Decline collaborator Yang Haisong played bass and produced the album.

The resulting record, Return to Desolation Lake, sounds like it came from a different band than Alpine Decline, at least upon a first listen. The gritty noise rock guitar that was such a staple for so many of their songs, serving as the sonic manifestation of Beijing’s ‘urban chaos’ on Life’s A Gasp, is largely absent.

Instead, the songs on Return to Desolation Lake feel spare and elegant, with a focus on Jonathan’s vocals. The opening track and single, ‘Blameless,’ is a crystal clear guitar-led track with haunting lyrics. Tracks like ‘Dispatch from the Guesthouse’ have almost poppy, upbeat melodies, while slower songs like ‘Lies to Protect You’ are stark and lovely.

“Songwriting and melodies have always been at the center of our music, but a lot of people just aren’t going to dig through all the snow and hear the dense soundscapes we’ve had on our previous albums,” says Pauline, referencing the layers of noise that have so defined their previous work.

Jonathan agrees. “We hope that the clarity on Return to Desolation Lake gives listeners a wider door to get to the songs,” he says.

“Come on in y’all!” Pauline adds with a laugh.

The album’s cover, designed by Shanghai screenprinting duo IdleBeats, has a similarly stark feel, with a washed out color scheme depicting a haggard troupe of boatmen traveling toward a distant island that appears to be on fire.  Listening to the album feels very much like traveling toward that island – its hooks and melodies push you along like a current, but its dark themes lie just under the surface.

“We’ve worked with IdleBeats a few times now, and they have a way of grabbing a certain frequency out of the music and spinning it out into something kind of beautiful and threatening at the same time,” says Jonathan. “I think that’s very appropriate for our music.” IdleBeats also created a few screenprinted t-shirts of the cover art that Alpine Decline will be selling while on their 14-stop China tour throughout April, which kicks off this weekend. 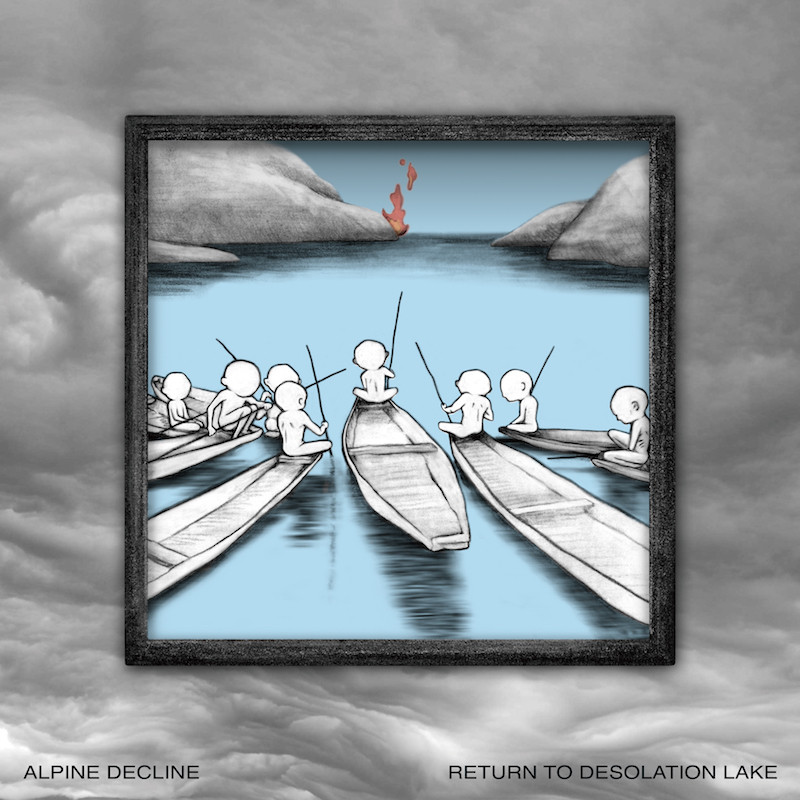 “We love these new songs and can’t wait to perform them on tour,” says Pauline, “and we’ll be pulling random older songs out of the vault just to keep Xiao Wen [the guitarist from Birdstriking, who'll be playing bass with Alpine Decline on their China tour] on his game!”

Despite the album’s new directions sonically, its lyrical themes of finding beauty in bleakness and moments of contentment in their longtime preoccupation of ‘urban chaos’ very much continues to be the connecting thematic factor in all Alpine Decline’s music. Return to Desolation Lake feels like a repackaging of these same elements in a different but equally intriguing aesthetic.

“I don’t know if it’s something particular about the current moment or not, but the experience of flickering between beauty and anxiety and hope and fear and chaos and quiet moments of blankness seems very real and relevant to me,” says Jonathan. “If it’s just us, that’s OK, but I think this kind of emotional being-in-two-places-at-once thing is something everyone can connect to right now.”