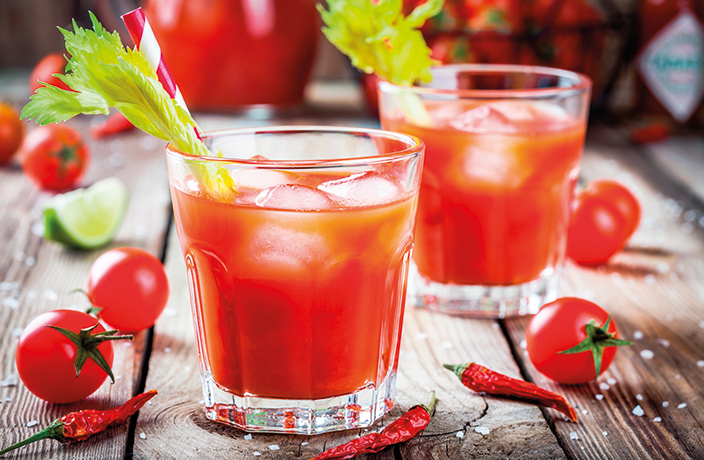 Like many a classic, what has now become the world’s favorite brunch draaaank originated in the 1920s. The story goes that bartender Fernand Petiot, of Harry’s New York Bar in Paris, mixed a drink that was equal parts vodka and tomato juice. A patron suggested he call it a Bloody Mary after a gal he knew at the Bucket of Blood Club in Chicago. Considering the latter was one of the city’s most notorious brothels, we needn’t speculate too hard on the nature of their relationship.

Fast forward to 1934, when Petiot brought the drink to his new digs at the King Cole bar in the New York St. Regis Hotel, where the hotel managers attempted to foist a more genteel moniker of ‘Red Snapper’ on the drink. Needless to say, New Yorkers were having none of it, and the name Bloody Mary stuck. They also complained about the drink’s bland flavor, asking Petiot to give it some pizzazz, in the form of black pepper, cayenne pepper, Worcestershire sauce, lemon and a generous splash of Tabasco. The drink gained its enduring reputation as the all-healing hangover tonic in sanitariums, where patients were prescribed fruit and vegetable juice to fix what ailed them.

However, you have to realize it took canned tomato juice, perfected by chef Louis Perrin in 1917, to get the Bloody Mary craze off to the races. Prior to the advent of canned juice, fresh was the only alternative. It is one of the few drinks that doesn’t benefit from fresh juice, since tomatoes separate easily into sediment and water. 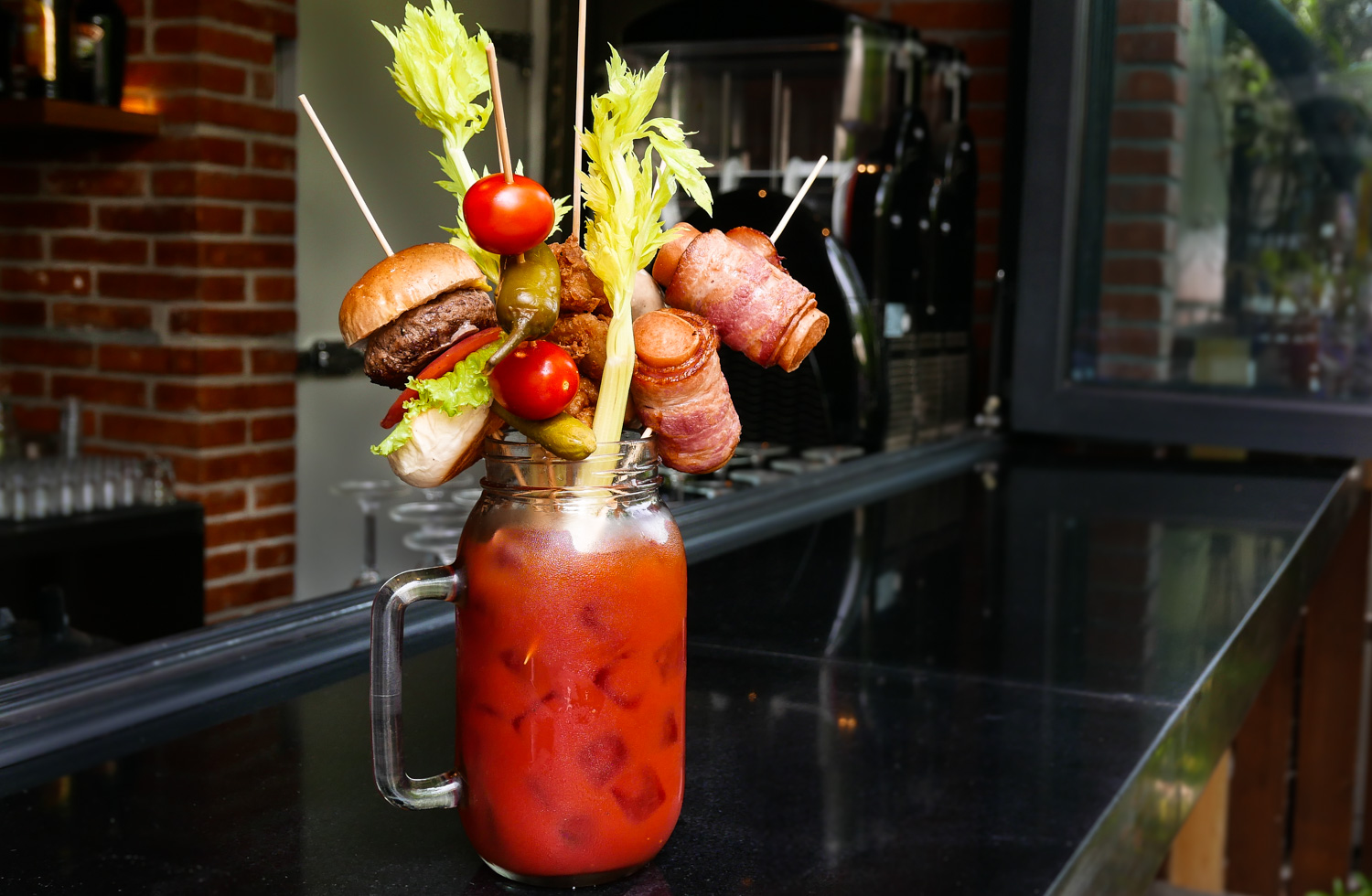 Now, with that history out of the way – let talk turn to an anecdote about my cousin Renée, with whom I will always associate with Bloody Mary’s. He’s a construction worker in Oakland, CA. Last time I was visiting San Francisco, he called me up and said he was coming over to hang out and catch up.

After a hard day at the construction site, Renée confessed that he wanted nothing more than to just dance. Now, this isn’t something two straight guys often say to each other, but nevertheless, Renée’s wish was my command, so we struck out to a spot near Polk Street. Then Renée danced, like an angel, he danced like the sun breaking out of black clouds on a rainy day, he danced like water falling from the heavens, oh, he danced and he danced and he was amazing. People recorded him, like an eagle he spread his dance wings and flew across the dance floor, twirling partners, dipping poetic in his motions. As he stopped, and the bar collectively drew its breath, awaiting his next move, he walked up to the bartender on a midnight Saturday shift and proudly ordered himself a Bloody Mary.