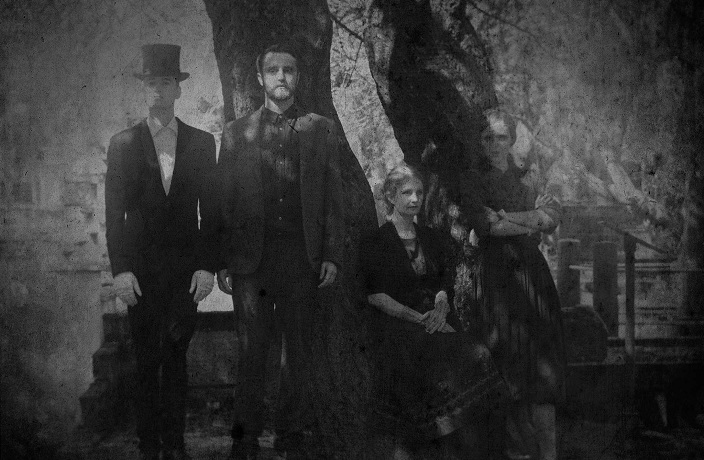 In Scandinavia’s vast world of instrumental acts, Amiina has carved out its own distinct space. Known for incorporating a seemingly endless number of instruments into their songs, they first gained renown as the string section for acclaimed Icelandic band Sigur Rós.

“We first worked together in music college and that evolved over some years as we started to do sessions and tours with various bands in Reykjavík,” explains Amiina co-founder Sólrún Sumarlioadottir.

While the group provided strings on four Sigur Rós album, Amiina officially formed in 2004 after “feeling the need to compose [their] own material.”The result has been three acclaimed albums including last year’s – their score to the seminal 1913 French silent film.

“The project began as a concert for (French musician) Yann Tierson’s curated shows celebrating the 100th anniversary of the film,”Sumarlioadottir explains.“We had scored several silhouette animation films from the early 20th century by Lotte Reiniger and really liked the idea of scoring such an old and remarkable film. The whole process of writing the music was really enjoyable.”

A huge hit when it was released, Fantômas follows the misadventures of its titular criminal genius. It spawned four additional film serials, which were restored and rereleased in 2006.

“The strong visual language of Fantômas appealed to us from the start,” Sumarlioadottir says. “The film has been so beautifully restored that all details are very vivid.”

Sumarlioadottir raves that the group’s initial Fantômas concert at the Theatre de Chatelet in Paris was “a unique evening and a great experience.” However, she admits that there was more work for the group to do.

“Some of the musical cues in the film only last a very short time so we wanted to create versions of the tracks that could stand on their own on an album.”

The result is Amiina at their darkest. Noirish strings meet foreboding beats to create what the Irish Times dubs “a contemporary classical, post-rock cocktail.”

It’s the perfect soundtrack to the devious deeds of Fantômas – a character that represents the bridge from 19th century Gothic villains to 20th century serial killers in crime fiction – one that they plan on recreating live on their first China tour that stops off in Beijing (Apr 21 @ Yugong Yishan), Shanghai (Apr 22 @ MAO Livehouse) and Shenzhen (Apr 25 @ B10).

“For this project, we have a rather simple set-up – only about eight instruments,” Sumarlioadottir says. “It’s a palette that just works really well with the film.”

With their world tour for the album kicking off last winter and continuing into the fall, it would be hard to fault the band if they were getting fatigued off seeing the film.

However, Sumarlioadottir insists that’s not the case. “We enjoy it even more now than in the beginning,” she says. “It is always a pleasure to dive into Paris 1913!”