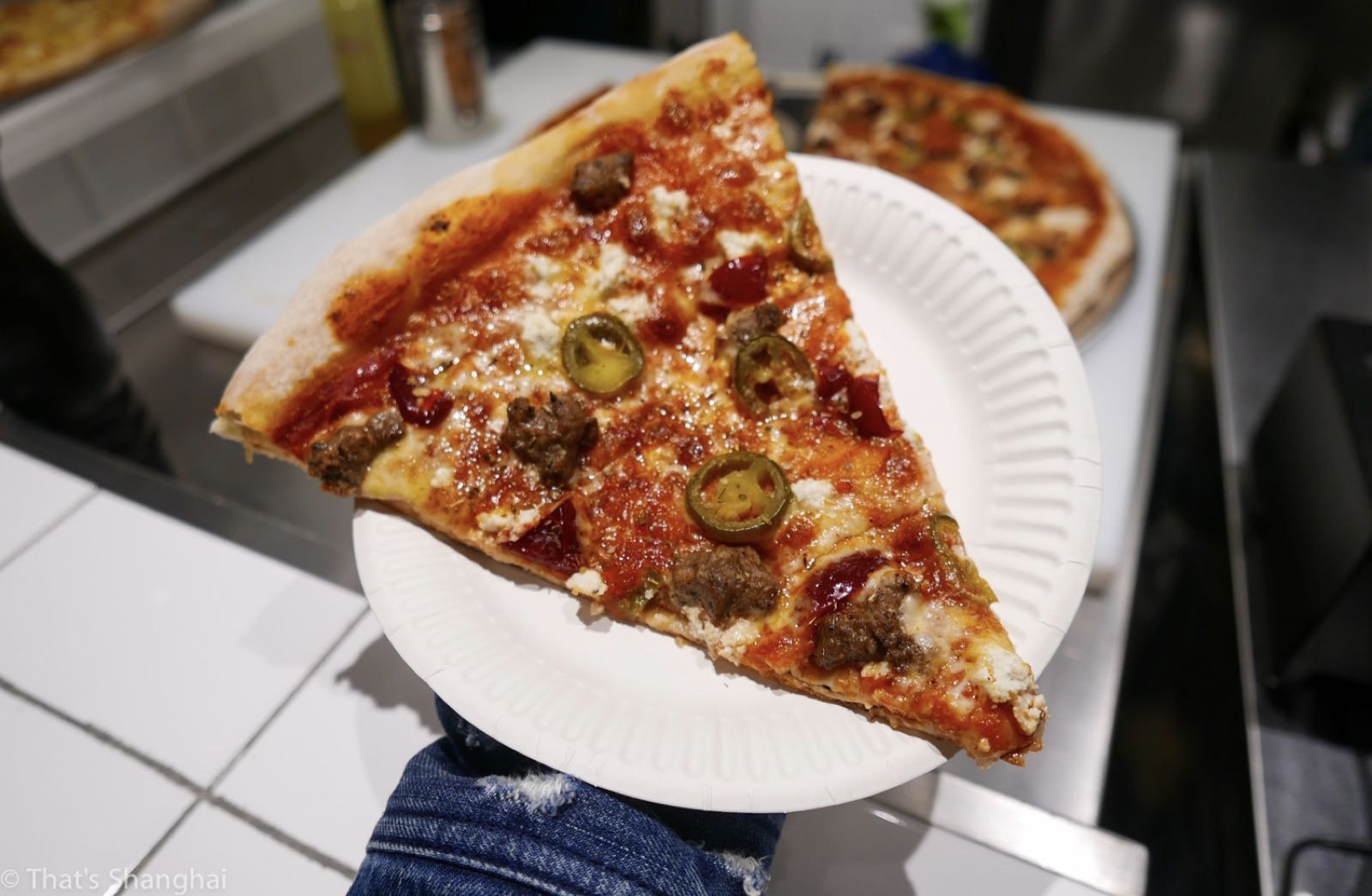 Eating pizza whole is so last year, friend. 2017 is all about eating it by the slice(s). Don't believe us? Then believe these three new pizza joints that are making a serious case for abandoning that ill-advised paleo diet you were thinking of adopting.

Much-buzzed about Homeslice is the the brainchild of Brit chef and restaurateur Nat Alexander, and draws inspiration from the beloved by-the-slice pizza joints of New York (you’ll notice this immediately from the minimalist NYC Subway-themed interiors.) 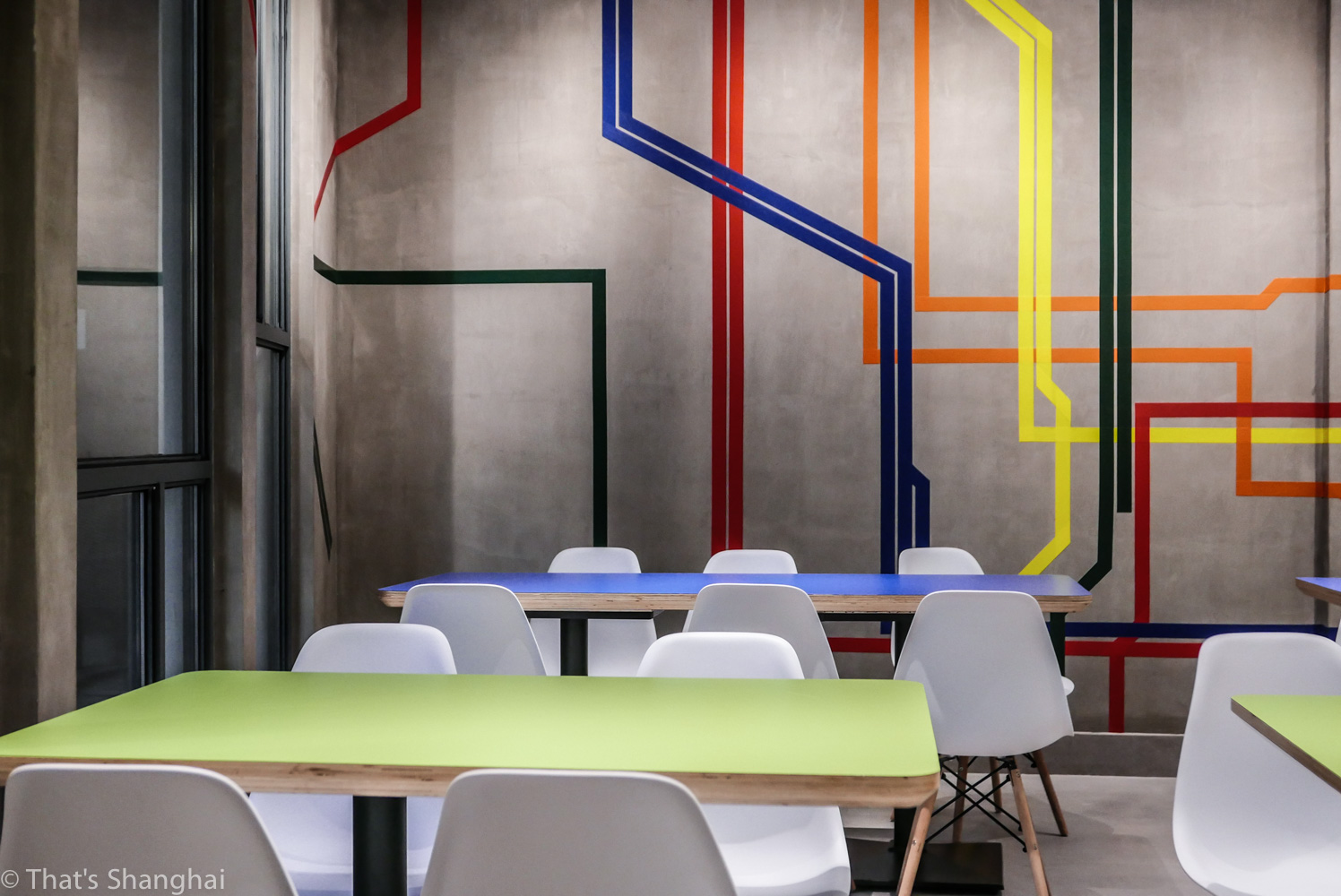 Unlike the old school pizza joints in the Big Apple, however, Homeslice’s offerings are a notch more gourmet, and feature 48-hour aged sourdough crusts that bubble enticingly in the open kitchen’s oven. Our favorite so far is the blonde 'white' number, which combines beautifully creamy garlic ricotta with buttery mozzarella. We love contrasting this with the ‘spicy sausage,’ laden with jalapeño peppers, mozzarella and chunks of excellent house-made sausage. See also the succinctly titled 'meat' (pepperoni, sausage, onion), below. 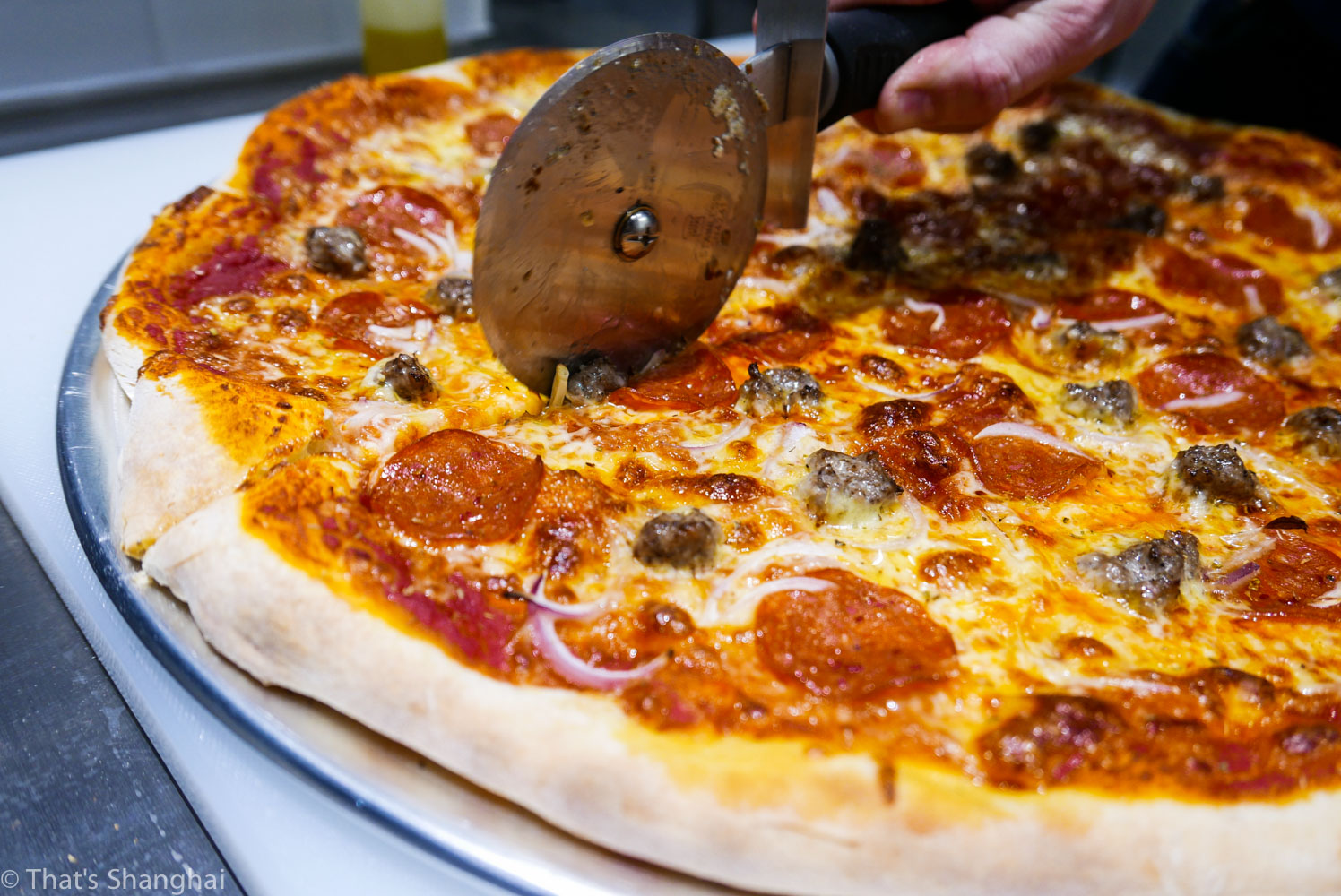 Homeslice is situated in Found 158, a newly rebranded subterranean F&B complex housing several hot new restaurants and bars (JZ Club is in there, and rumor has it underground alt indie club Arkham will be joining them). The only thing to dislike about this place is that they only have shite Peroni beer at the moment.

Slices from RMB20-30.
See a listing for Homeslice

A genuine Big Apple export, Joe’s Pizza is the real McCoy if it’s the true-to-form pepperoni and hot waxy cheese pizza experience you’re after. The original store on Carmine Street is still operated by its original proprietor, Naples-born Joe Pozzuoli, and was referred to as “the quintessential New York slice” by New York Magazine. They’ve been preventing hangovers for tipsy New Yorkers since 1975. 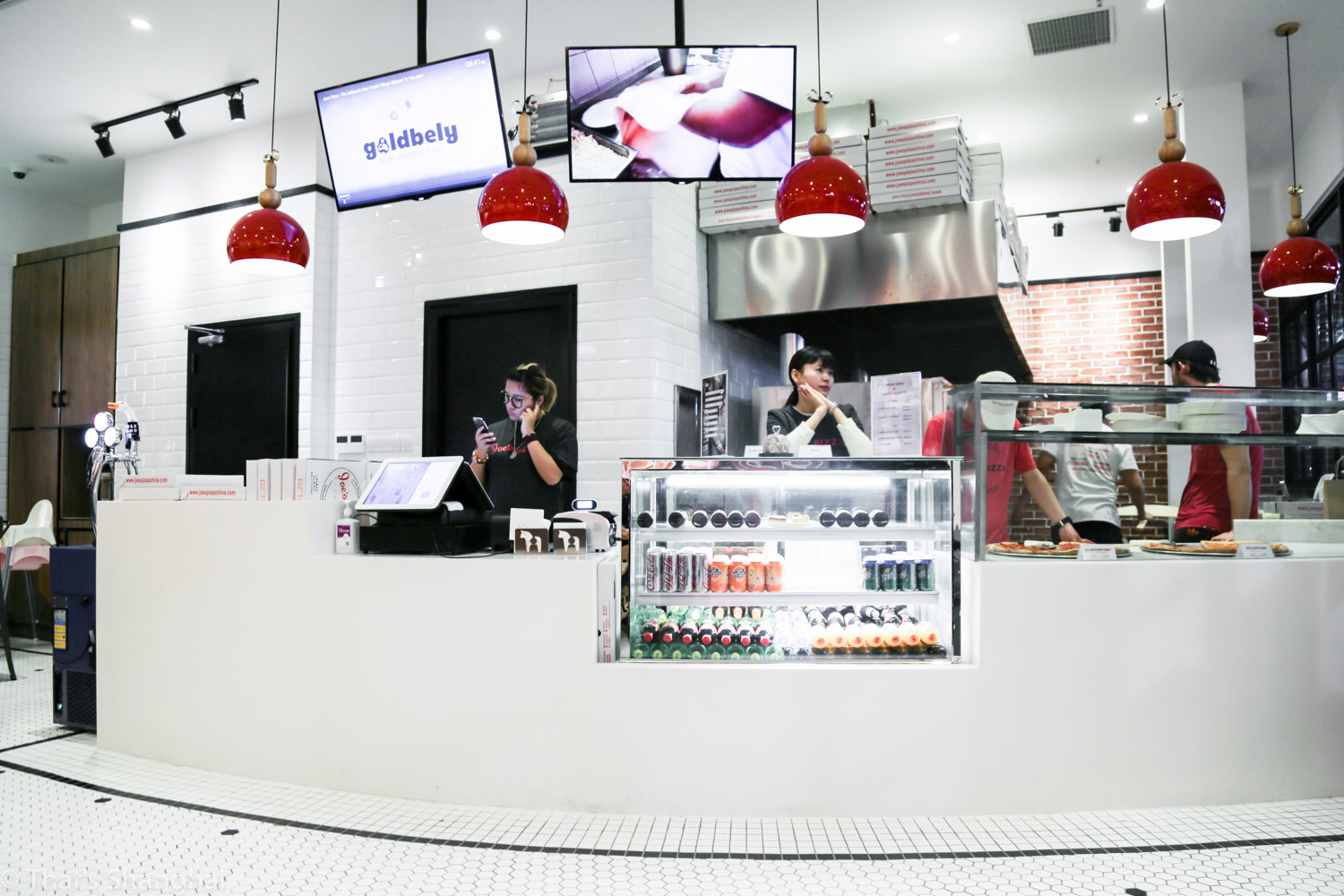 Doing its stateside forebear proud, Joe’s Pizza in Shanghai keeps it simple. Currently available are plain cheese, cheese and pepperoni and the newly launched Hawaiian (ham and pineapple), all of which pair nicely with a bottle of ice-cold beer. 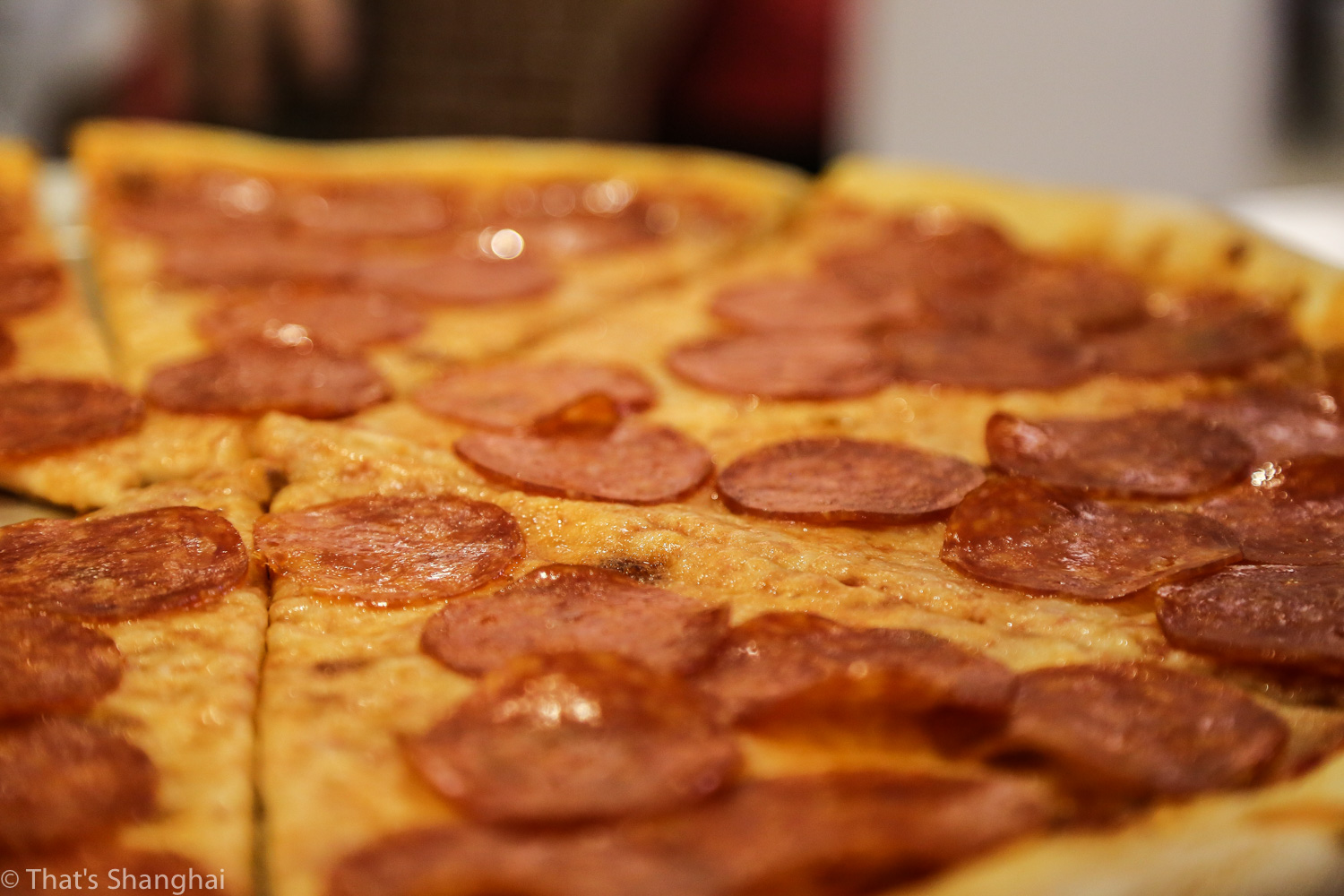 The store itself is compact and perfect to drop in for a quick bite, the parlor layout affords views of pizzaiolos flinging the pies in and out of the enormous ovens. 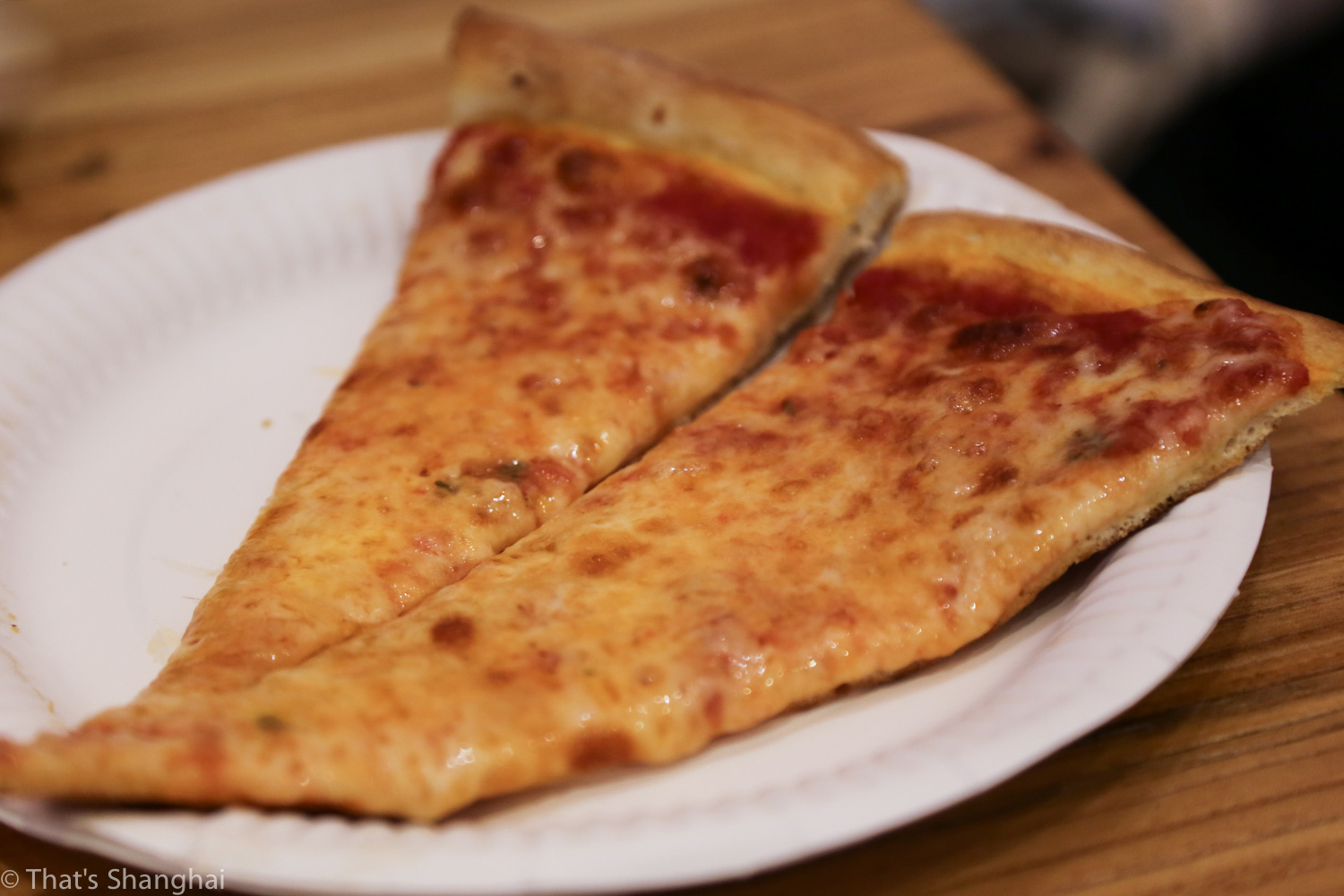 Thoughtfully sliced in half for if your bitch ass had to share a second piece.

The smell of hot, fresh pizza alone is enough to guarantee a second slice. Season liberally with Tabasco.

Slices from RMB22-27.
See a listing for Joe's Pizza

You didn’t think Shanghai’s Italian community would allow a pizza wave to happen without having a say in it, did you? Newly opened in Xujiahui’s Metro City mall, Zozzo Pizza was opened by Roman-born Giampaolo de Santis, and like Homeslice, features a 48-hour aged dough crust that is both thick and yet wonderfully light. According to de Santis, the sourdough base not only give better flavor, but also makes for a less filling and easily digestible slice. 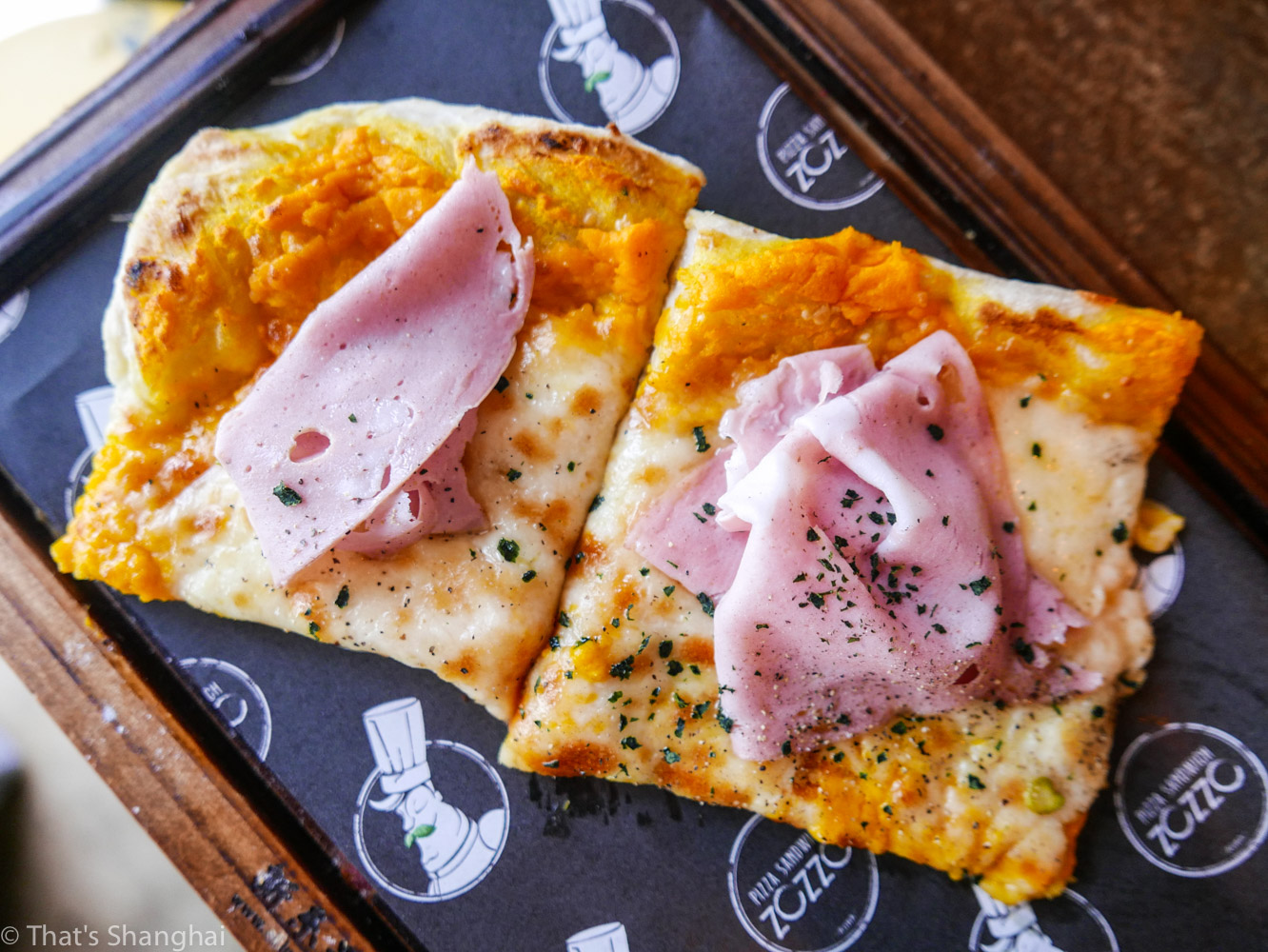 Here you’ll find traditional toppings along with more avant garde offerings like the delicious ‘Gucci’ – Philadelphia cream cheese, pumpkin purée, mozzarella, mortadella ham and scamorza cheese. Sounds like pizza sacrilege, but you’re in good Italian hands here – this slice is every bit as luxurious as the fashion house from which it takes its name. 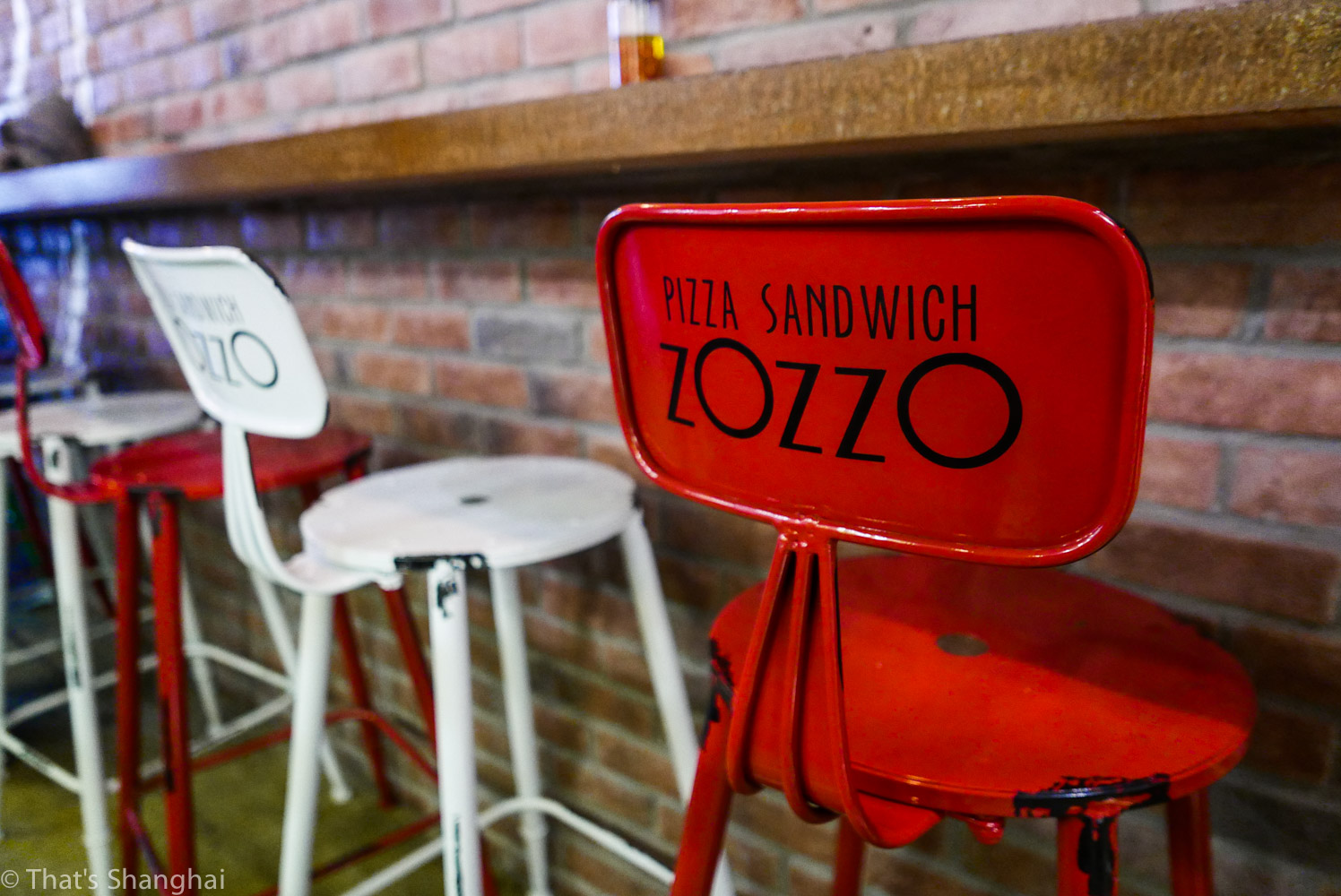 These guys plan to open several branches of Zozzo Pizza around the city, so keep your eyes peeled for the next one – word is that it’ll be on Donghu Lu and staying open late for the party set.

Slices from RMB16-39.
See a listing for Zozzo Pizza