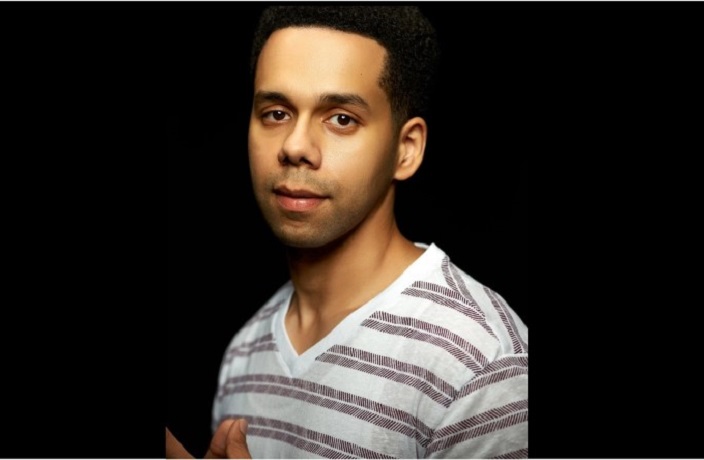 Despite his Russian sounding first name, Caamaño has become one of New York’s hottest stand-ups, mining laughs from his upbringing in an immigrant Dominican family making it work in the Big Apple. Mixing urban grit and intellect, Caamaño was named on Variety’s Top 10 Comics to Watch list this year, and NBC recently ordered a pilot for a sitcom based on Caamaño’s real-life family dynamic. He brings his inaugural China tour to Kung Fu Komedy Club on November 18-19.

Congratulations on coming to China. Will this be your first time on the Mainland?
Thank you China for having me. This is my first time in Asia and I can’t wait. I’m hoping to eat some good food and meet some great people.

How did you get started doing stand-up and who were some of your comedic inspirations?
I started in college. My comedy inspirations are Sebastian Maniscalco, George Carlin and Richard Pryor.

How has your life changed since Variety picked you as one of their Top 10 Comedians to Watch? Have you been razzed about it by your fellow comics?
Its been a great experience. Since being selected, I’ve been able to work and meet with a lot of great people I may not have had a chance to do so before.

Congratulations on your pilot. How would you describe the show you’re working on?
Thank you. The show is about my life growing up with immigrant family in the Bronx. We’re looking to redevelop it but in the meantime I’m busy with some very exciting projects.

You’re from a Dominican family but your first name is uber-Russian. How exactly did you end up with the name Vladamir?
My father found the name in a book and he loved it. I’m sure you were hoping for a more exciting answer but its my name and I’m still Dominican.

Besides stand up and the TV show, what are some of your other projects that you’re working on?
I’ve been writing and looking to develop some other projects for TV and film, and also working on an hour. It would be a dream to shoot a special and for people to see it.

China has a budding stand-up scene, what advice do you have for those starting out?
Get up on stage as much as possible. No stage is too small.

Speaking of those early days, do you remember the first time you bombed? How did you react to it?
Ooooh boy. I bombed at a New York comedy club. It was brutal but it made me just want to get back on another stage. Thats how I knew I was hooked.

Following the China tour, what are your plans?
I’m going to go home to see my family for the holidays and then head back to LA to keep on working.

Is there anything you would like to add?
China, thank you so much for having me here. I don’t know what to expect but you can expect some really fun, funny shows. I hope you come out and see me perform.