At 9pm on August 20, 2011 dozens of air crews flying over Shanghai saw a “colossal glowing sphere” hanging above the sky and pulsating. “Many people speculate that it was a bubble formed by the diffused remnants of rocket fuel outside the atmosphere,” says Wu Jialu, director of Shanghai UFO Research Center, “but we don’t think so.”

UFO phenomena is nothing new to China. As early as November 3, 1071 the great poet Su Dongpo documented seeing a UFO while staying overnight in Jinshan Temple in Zhenjiang, Jiangsu province.

Some 800 years later, painter Wu Youru produced the first illustrated account of a UFO incident in China. His 1892 work, ‘Red Flame Soaring in the Sky’ (‘Chi Yan Teng Kong’), depicts a crowd gathered on Zhuque Bridge in Nanjing – once again in Jiangsu province – watching a burning ball cross the sky. The work has become a precious historical document for UFO researchers. 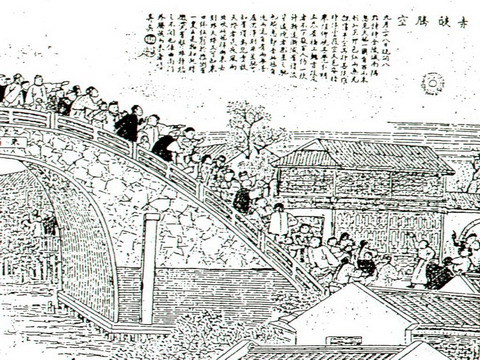 Shanghai has also experienced plenty of documented UFO incidents: at 8pm on August 27, 1987 a radiant, rotating flying object was witnessed; on the afternoon of October 31, 1990 a UFO flying slowly across west Shanghai was videoed by a teacher in Putuo District, its shape resembling the letter U; at 6pm on March 18, 1991 the crew of Flight 3665 from Shanghai to Jinan saw a spheroidal UFO disassembled into a sphere and cylinders, then reassembled, its color turning from red to black. Conversations between the crew and control center describing the process were all recorded.

Then there is the incident that Wu Jialu witnessed with his own eyes. “At 4.50pm on December 9, 1999, on a visit to the Shanghai Aircraft Design Institute, I looked up I saw a strange thing in the sky moving in a ‘V’ motion. I had an intuition that it was a UFO, so I called for others to watch it.”

In 2010, UFO incidents led to airports being shut down in Hangzhou and Inner Mongolia, while a third sighting took place in Chongqing. There is no doubt that UFO sightings keep occurring, so what is behind it? Wu Jialu is firmly in the ‘aliens do exist’ camp.

“There are ten billion planets in the universe. I don’t think Earth is the only planet with life – creatures live in cold, oxygen-free conditions at the bottom of the sea,” Wu says. “We discussed the issue of whether the Earth rotates around the Sun or vice versa for 1,600 years. We human beings have to walk on the endless road of scientific discovery. So there must be aliens.” He concludes.

Wu says the most bizarre contact in China occurred on June 7, 1994 when Meng Zhaoguo of Phoenix Mountain, Fujian province, met a female alien. First there was electricity between them, then things got amorous.

“According to Meng the female alien looked like a white monster. She was very tall – about 2.5 m – and wore tight clothes with only her big eyes and private parts exposed. She did something to him that felt like an electric shock and he passed out. When he came round, he found several scars on his body.”

According to Wu she had planted something mung bean-sized into his body. Things were about to get even stranger. “Meng had sexual intercourse with the female alien. She suddenly fell down on him, he could hardly move. His penis felt hot, then ached… The experience was more pleasurable than anything he had ever felt.” 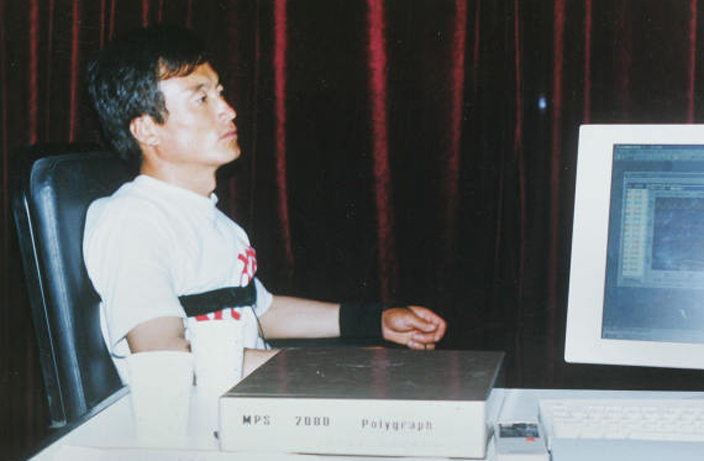 Not an experience we expect he forgot in a hurry? “The female alien has been on his mind ever since. One year later, he still had little desire to make love to his wife and was physically drained. Although the alien never returned, there seemed to be telepathy between her and Meng. The most common message she transmits to him is about environmental protection.”

READ MORE: This Chinese Man Claims to Have Had Sex With an Alien

The PRC once held a very conservative attitude to UFOs, and forbid any reports until Reform and Opening Up. The Shanghai UFO Research Center itself was founded in 1979, but only registered legally in 2005.

“It involved things like location and political factors,” says Wu, who joined the Center in 1980 and has served as director since 1982. “But now we welcome UFOs and aliens and expect we could gain their materials and learn their techniques in order to improve our science. If we discover aliens some day, I hope I could communicate and establish a harmonious relationship with them. People could treat them peacefully.”