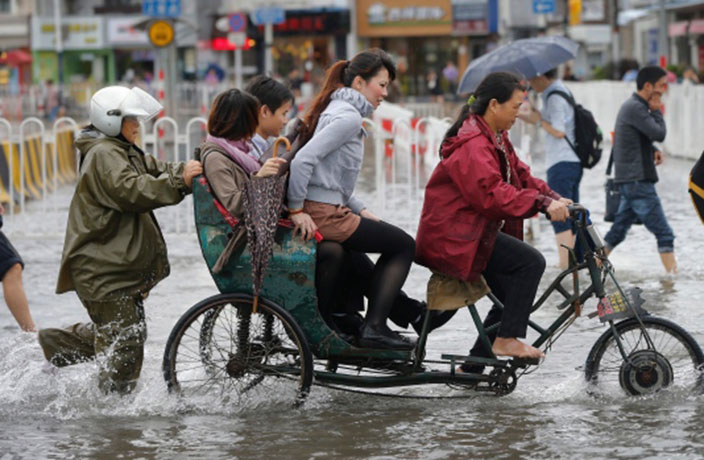 This morning, Shanghai's flood prevention authority issued a flood alert as water levels of the Huangpu increased due to typhoon Malakas and tides.

After the river level reached 4.88 meters (33 centimeters above the alert level), gates of the flood prevention dams were shut, officials report. (Who even knew we had flood gates?)

A blue alert was also issued (the lowest of a four-tier alert system), but added warnings about high flood risk. Malakas, the 16th typhoon of 2016, comes immediately after this past week's rainstorm received from Meranti.

Pack your umbrellas and wellies, as it's expected strong winds and showers will be hitting Shanghai today and will last until tomorrow night.