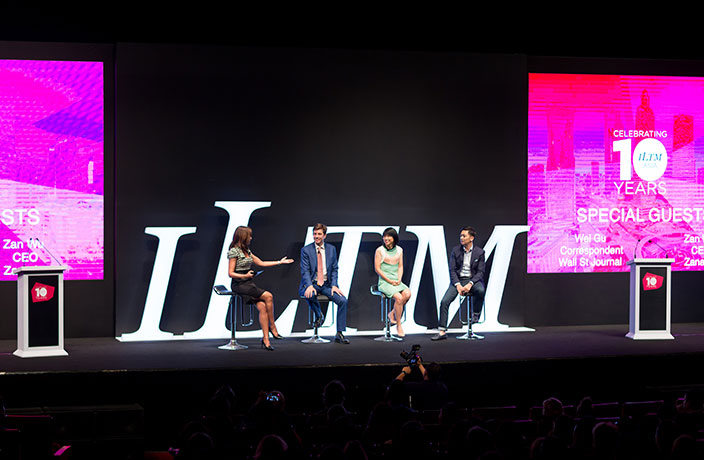 The image of various inappropriate or uncivilized (bu wenming) behaviors in public may have once been the stereotype designated to Chinese travelers, but the times are a-changin’ as a young generation of jetsetters from the Middle Kingdom become much more internationally minded and economically powerful.

On May 30, hundreds gathered at the Shanghai Exhibition Centre for the International Luxury Travel Market (ILTM) Asia 2016 – a four-day exhibition and conference attended by high-end hotel brands, travel agencies and media from around the globe. On the stage was Hurun Report chairman and chief researcher Rupert Hoogewerf, who addressed the audience with a discussion on “why China’s Gen Y is driving global luxury” at the opening forum.

The topic was chosen in association with the release of the Chinese Luxury Traveler 2016 report by his company and Marriott International that same week, which sheds light on the travel habits of high net worth adults from 12 first and second tier cities born after 1980, who spend an average of RMB420,000 on travel per household each year. Research was conducted on 525 individuals who fit the requirements, surveying them on their favorite travel destinations, hotel and airline preferences, overseas consumption patterns, sources for travel recommendations and more.

Miki Tang is currently the lifestyle director of women’s luxury magazine Richesse and former fashion and lifestyle editor for the Chinese editions of Robb Report, Leon and InStyle. She embodies the spirit of a young and savvy luxury traveler. A week after ILTM, we met at Aunn, one of the hippest cafes in Jing’an – a location chosen by her. 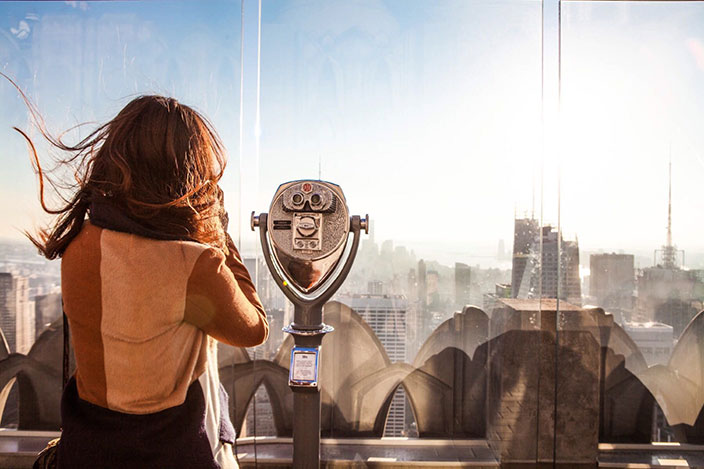 The media industry veteran is also the author of Around the World in High Heels (高跟鞋走地球), a series of travel guidebooks incorporating Sex and the City-esque romance story elements set in popular travel destinations. The first of the series (on Paris and Seoul) was released in September 2015 along with her WeChat subscription account of the same name, which boasts nearly 100,000 followers. A travel video collaboration with online streaming platform iQiyi.com is in production, while a silver screen adaptation inspired by her book is planned for a 2017 release.

According to Hurun’s Chinese Luxury Traveler 2016 report, respondents revealed that official accounts like ‘High Heels’ and their friends’ WeChat Moments are their major travel information sources (48 and 47 percent, respectively), while traditional media such as TV, newspapers, SMS ads and cold calls were at the bottom of the list, used by only 7-22 percent of respondents.

Gathering recommendations from Tang's work contacts in the fashion industry around the globe, ‘High Heels’ focuses more on the trendiest places in each city where the creative types hang out, rather than the most obvious, tourist-y parts of town that she is obliged to report on when she’s working for someone else.

“As an editor, the stories that you cover are often limited by the positioning and style of publication or advertisers. I’ve always wanted to start my own thing, something with an overarching theme of ‘qingshe (轻奢)’ (which directly translates to light luxury),” says Tang of the reason why she started ‘High Heels’ three years ago.

She’s referring to the idea of spreading the gospel of spending money on travel, but doing so in a smart way, to her target audience – mostly stylish, financially independent and well-educated women. One of her travel philosophies, especially for solo female travelers, is to stay at a good hotel even if it means paying more.

“For example, if I’m going somewhere for four nights, I’d stay in one of the most iconic or signature hotels of the city for two nights. For the rest of the trip, I’d move to a contemporary, design-focused boutique hotel, which are cheaper.” Another tip is about Michelin-starred restaurants. “There are ‘smart’ ways to enjoy them, such as visiting at lunch or ordering their tasting menu,” she explains.

Tang and her peers are the faces of an emerging market segment that new hotels want to tap into. According to the Hurun survey, young luxury travelers’ hotel budgets average RMB3,113 per room per night, while France is listed as the most popular destination in Europe and one of the top favorite shopping destination among the respondents. 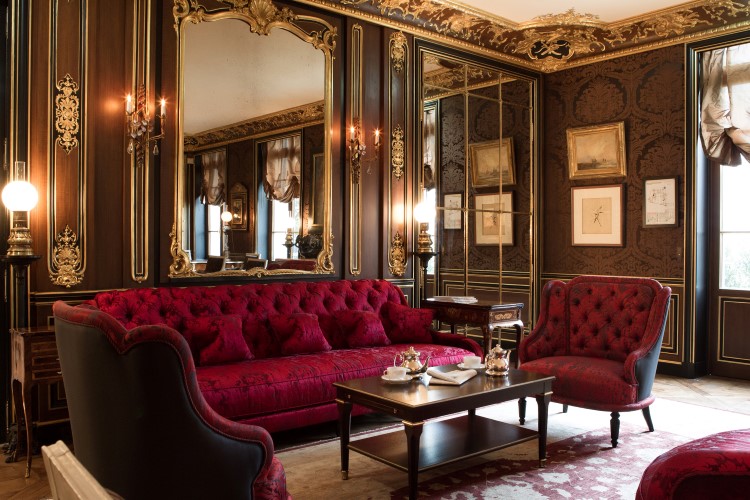 La Reserve Paris, one of the newest hotels in the French capital, is located next to Champs-Elysees in the 160-year-old former residence of French statesman Dike de Morny. Opened in February, the property was restored as a chic yet classical 19th century-style Parisian urban mansion, offering 26 suites and 14 rooms.

The hotel’s CEO Didier Le Calvez is confident that their offerings will satisfy the increasingly discerning palates of young luxury Chinese travelers, who view “personalized services,” “unique brand style” and “artistic design” (in addition to room conditions) as the most important decision-making factors when choosing a hotel.

“La Reserve hotels are focused on the Chinese clientele,” he tells me. “In Paris, we’re able to offer tailor-made and on-demand Chinese breakfasts, while our Geneva property has Tse Fung, an upscale Chinese restaurant with 19 Cantonese chefs working in the kitchen.”

Le Calvez also adds that La Reserve is fully aware that WeChat is the perfect channel to communicate with the Chinese clientele, hence an official account is launching in July. Besides featuring news from its properties, the account will also share lifestyle and wine-related content (the owner Michel Reybier has a vineyard in Bordeaux) to its followers. 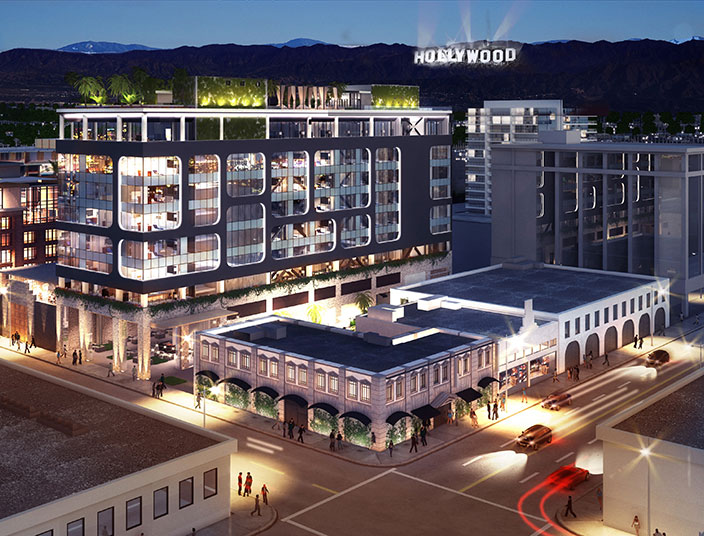 Halfway across the Atlantic in the US (the number one business travel destination for young Chinese luxury travelers), Dream Hotels is gearing up for the grand opening of its Los Angeles outpost this fall.

Director of Hotel Sales at Dream Hollywood, Matthew Yoakum, is ready and excited to receive this new generation of Chinese luxury jetsetters. Their sister properties in New York and Miami have already seen a five to six percent average year-on-year increase in the number of Chinese visitors.

“Dream Hotels have always been in the forefront of engaging technology. We have the advantage of building a hotel from scratch, integrating both technology and comfort into the luxury of our property. Not only is our hotel ‘China ready,’ it’s also ready for the future,” Yoakum tells me.

At this modern-style boutique hotel designed to attract a younger audience, iPad menus created with interactive multilingual software that allows you to have the entire hotel at your fingertips are standard features in all 179 rooms. “We have everything these young luxury travelers are looking for,” Yoakum adds. And he’s onto something – more than 60 percent of the respondents in the Hurun survey cite interactive digital services as their favorite hotel service, coming in just behind butler services (68 percent).

But it’s not just about the hardware. Like La Reserve Paris, Dream Hollywood has also solicited help from a Shanghai-based PR team to head up their WeChat account to lure potential guests from the Middle Kingdom with a soft touch. In addition to the basic hotel news and promotions, they’re also thinking of partnerships with local KOLs. “We’d like our target audience to see us while swiping their WeChat Moments, giving a broader and more holistic communications architecture,” Yoakum says.

Back at Aunn Café in Jing’an, Miki Tang’s observations into China’s emerging travel market left a lasting impression. Since starting out as a fashion editor nine years ago, she’s been traveling regularly for both business and leisure – often away from home for at least two weeks each month. 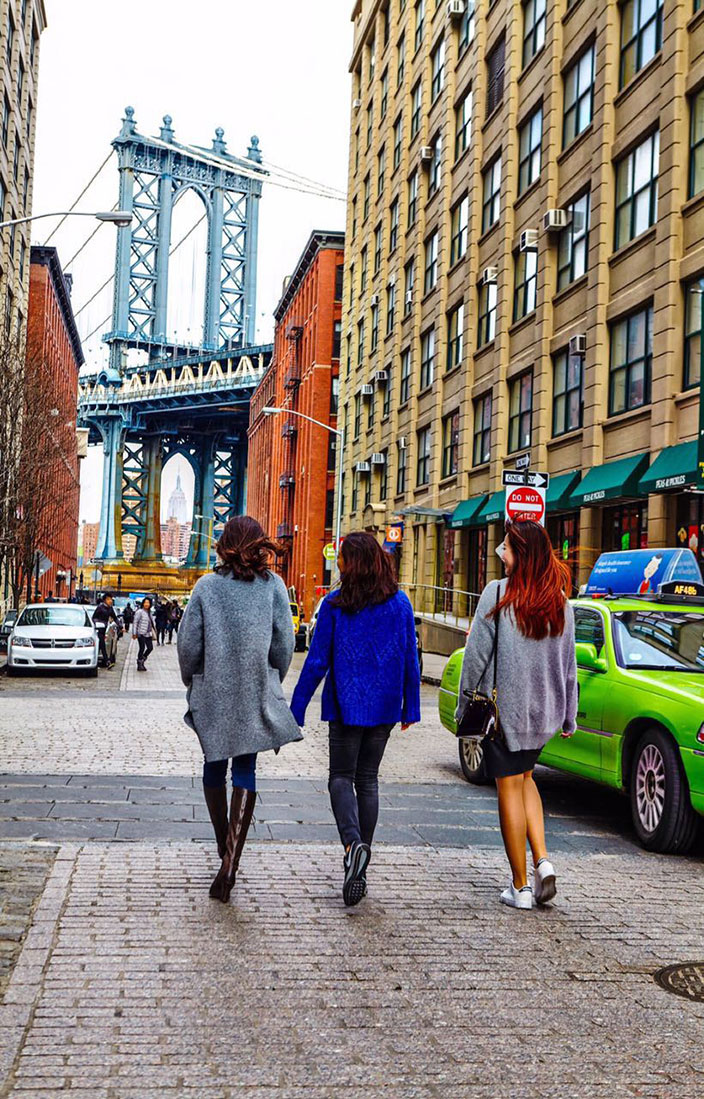 “When I first entered the business, I remember looking at social media platforms (Weibo at the time) and everyone was showing off new clothes and accessories they bought during their travels. Over the past few years, however, on my WeChat Moments, I’ve noticed people are now more keen on posting their experiences – the trendy cafes or restaurants they’ve been to or the cool people they’ve met along the way,” she says.

“I think there’s a change in the Chinese attitude to spending money; they are more willing to spend more on an experience – such as travel – instead of just buying actual products like shoes or handbags,” Tang adds.

With 2016 being the first year in history when the number of billionaires in China surpassed the number in the US (according to another study by Hurun Report released in early 2016), there’s no doubt that all luxury travel providers will be looking at innovative ways to get a slice of this increasingly influential market.

For more, visit the official websites of ILTM Asia, the Hurun Report, La Reserve Paris and Dream Hollywood Hotel. Follow Around the World in High Heels on their WeChat ID: XL_girls.