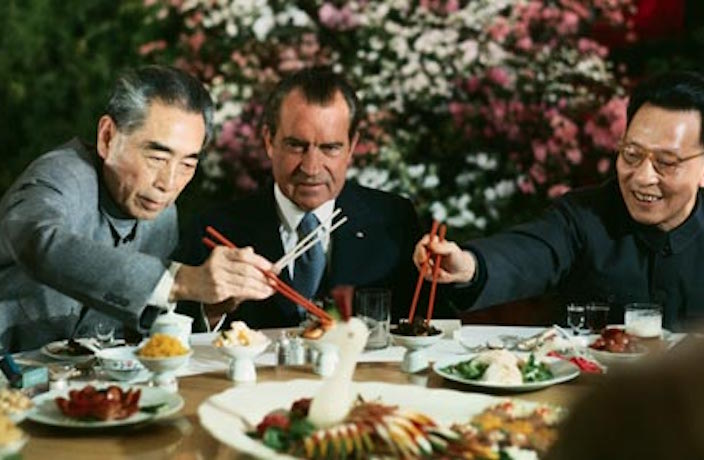 On February 27, 1972, President Richard Nixon and Premier Zhou Enlai signed the Shanghai Communique at the Jin Jiang Hotel on Maoming Lu, a joint statement of their foreign policy views, and a document that has remained the basis of Sino-American bilateral relations ever since.

"This was the week that changed the world,” Nixon said at a banquet in the Hall at the Jinjiang, “as what we have said in that Communique is not nearly as important as what we will do in the years ahead to build a bridge across 16,000 miles and 22 years of hostilities which have divided us in the past. And what we have said today is that we shall build that bridge."

Tricky Dicky wasn’t wrong, his visit opened the way for formal diplomatic relations between the nations in 1979, while the US is China’s biggest trading partner, the two countries doing US$521 billion worth of trade in 2013. According to figures from the Sixth National Population Census, China was home to 71,493 US citizens in 2010, the second largest foreign population after the South Koreans.