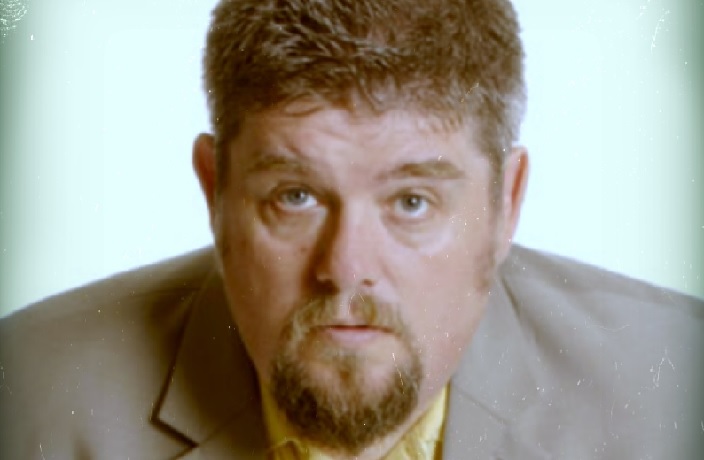 Punchline Comedy rings in 2016 with a stacked triple bill featuring Brit Andre Vincent, Aussie Wayne Deakin and Yankee Dave Fulton. Besides their different nationalities, the three comics will be bringing in three different types of style. Formerly a circus performer, Vincent found comedy success in America before returning home where he's a UK favorite. We talk circuses, his career and his Shanghai shopping list.

Congratulations on coming back to China. How was your past visits here?

I like Shanghai a lot. It has the feel of a modern city and then you see Yu Gardens and the history of a 1,000 years comes flooding at you. Mesmerizing.

Do you have any plans for when you’re in Shanghai?

I have promised to find my lady a real Chinese workers cap. So I will be searching the city for that. That, and I would love to see a game of football.

Your bio states that you were born at a Woolworths Department Store. What is the back story to how this happened?

I was 2 weeks late and my mother was to be admitted into hospital to be induced. She went to the local Woolworths to buy some pic n mix sweets. I probably smelt the fruity confectionaries and thought it's time to enter the world. She was rushed to the managers office as her waters broke on the shop floor.  My mother said I made an appearance there but I was rushed around to my Grandma's house which was just around the corner.

You spent quiet a lot of years in the circus. What were some of the roles you were doing there?

I was a Clown, not your traditional red-nose, behind you, behind you custard pie in the face clown. A modern alternative clown. I did very well at it and performed in quite a few circuses. I was what is known as a "Carpet Clown" which is the performer who keeps the crowd going while they change the set/props or even a cage. Pretty much what I do now as a compere.

What is the most underrated part of a circus?

What is amazing to see is when a 3-ring circus is taken down, loaded onto a large truck, taken to a new site and put up all over again. An incredible machine in motion.

You got into comedy later in your performance career. Were there any particular comics that really struck a chord with you and inspired you?

I started stand-up in America so it was my main source of reference. Al Katz and Tim Sertimi were the two comics who influenced me on a tour that I landed in the Southern States of America. I had very little on stage but an accent that the US crowds couldn't believe and those two guys really encouraged me. They introduced me to Sam Kinison, Gerry Seinfeld, Bill Mahr and National Lampoons.

When you were offered a chance to open for Bob Hope, did you believe it at first? How was the show and how did your career change after that?

It was strange, I was working a festival in Columbus Ohio called the "Ameriflora". Celebrating the 500 years of America, hence Columbus. I was hired because I could turn my hand to most things, Street Performer, Improviser, Stand-up, basically what ever was needed on the day. Well Bob Hope was filming a TV special for two nights and I got the honour of warming the crowd and opening for him. It sort of made me the new boy on the block in North America and then I shattered my knee doing a show in Amsterdam and ended up in bed for 6 months in London.

You’ve found success in the UK after starting your comedy career in the US. Was that a target of yours and did you have to tweak your comedy style at all to achieve this?

I thought I would stay in North America but after all the comics in the UK rallied around me with my leg up in bed i felt I had to pay them back. I had time to write material, mainly about shattered knees, bed sores and hospitals.

Besides standup are there any projects that you are working on?

I have a website I've just started to create called Mislaid Comedy Heroes. It's a site looking at comedy history and old performers that we have forgotten about. Have a look.

Local comedy scenes are starting to develop across China. Any advice to people starting out with the form?

Do it, stage time is good and failing doesn't matter, the only person who cares is you. Enjoy it.

Don't judge modern British comedy by Richard Curtis films, we are so much better.

We're giving away a pair of tickets to Punchline Comedy's show in Beijing and Shanghai. For your chance to win, scan the QR code, follow That's Shanghai or That's Beijing on WeChat, and wait for details: