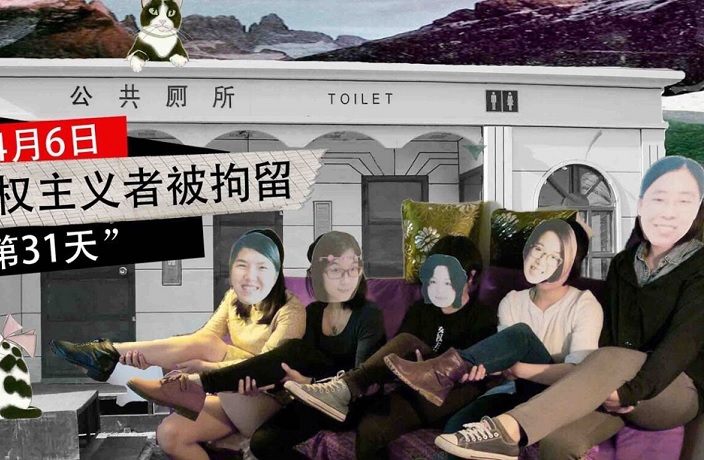 In last year’s Leftover Women: The Resurgence of Gender Inequality, Leta Hong Fincher crafted a striking look at the erosion of women’s rights in China’s pursuit of breakneck economic growth. She tackles everything from the state-sponsored media campaign that has labeled unmarried urban females over 27 as “leftover women” to the issue of property ownership inequality. The book was named one of the best foreign policy books by FP.

It’s been a year since the release of Leftover Women. Have you been happy with how it’s been received?

I’m really very pleased particularly by the reception from Mainland Chinese women. The book is not out in the Mainland but it actually has been translated into Chinese by a Taiwanese publisher. I have a Weibo account and a lot of women follow me there and send me messages.

Urban women are becoming more aware of their rights, and my book happened to be published at the right time. More and more young women are kind of having an awakening about their rights. It’s very gratifying to have these exchanges with Mainland Chinese women at this time. How did this book come about?

It was very organic. It began during my Ph.D program in sociology at Tsinghua University in Beijing. One of the courses I was taking was the sociology of work, and I chose to do an ethnography of real estate agents. I repeatedly interviewed them and that’s when I noticed these very strong gender norms in home buying. So I kept asking questions and everything grew out of that.

A very important historical event occurred in August 2011. The Supreme Peoples Court introduced the new judicial interpretation of the Marriage Law, which was extremely controversial. A lot of women were complaining about it because the vast majority of residential property in China belong to men. Women’s names are not generally recorded on the property deed. That’s a very new phenomenon.

Then it was one step after another. I began to interview women and men about how they pooled money from their families to buy these expensive homes. Why did they feel the need to buy these homes when they got married? In the course of interviews, I came about the term ‘sheng nu’ or leftover women. Each step led to another step and it was all an organic process.

How does the Marriage Law discriminate?

The law is actually not so simplistic because the language is gender neutral. It says that effectively if you are getting a divorce, whoever’s name is on the property deed will get the home. If the other person contributed money to purchasing the home, they are entitled to be compensated for that. On the face of it, people defend the law as being perfectly neutral.

But in the research I did, I found there are a number of pressures that causes women to leave their names of the property deeds. One of them is the leftover women phenomenon. There’s so much marriage anxiety that parents of daughters in their late 20s are very anxious to marry them off and don’t want the daughter to jeopardize the marriage by putting their names on the property deed.

Also, generally the parents of men in China have been saving up a lot of money for many years to buy their sons a home, because it’s the norm of male home ownership. Quite often they will put up a big fight against the woman putting her name on the deeds, even in cases where the parents of the daughter contribute more to the home. The gender norms are so deep that the man should be the official home owner so that adds to the pressure.

Then you have another added layer of all the bureaucracy involved in buying a home and all the paperwork – how it’s more difficult to put the names of two people jointly on the deed. I’ve also heard of some real estate agents who outright lie to women and men buying property that you’re not allowed to have two people's names on the deed. Is there a growing trend of women putting their names on property deeds?

There’s no legal impediment to women and men putting their names on the deed, so yes. One survey conducted by Horizon Research in 2012 studied the top three real estate markets in China and found that women contributed to 70 percent of all marital homes purchased but their names were included on the deeds of only 30 percent. There’s a huge gender gap there, but the same survey found that several years prior, the gap was even greater. The trend is starting and I think it’s going to continue that more women will insist on putting their names on property deeds.

The book is titled Leftover Women. Could you describe the phenomenon of that term?

It wasn’t widely used until 2007 when the All-China Women's Federation designated it and the Ministry of Education added to its official lexicon. Then it began to be aggressively pushed in the state media. It just caught on from there. Practically everyone in China uses the term. A lot of women even use the term to refer to themselves and many don’t think the term is insulting.

Are women reappropriating this term?

In some cases yes. There are women that are subverting the meaning; using it as a marker for pride and a statement of defiance. But there's still certainly a lot of women who are still very anxious about getting married; they don’t want to become a leftover woman. While that marriage anxiety is still intense, things have begun to change. There are more younger women really pushing back against that marriage pressure.

Over the past year, do you think there has been a growing women’s movement in China?

There are actually more and more women who maybe don’t identify themselves strictly as feminists, but feel more empowered and they want to assert their rights more.

Look at the The Feminist Five who were arrested and jailed earlier this year (top image is from an online campaign to free them). After they were released, they gained even more of a following. That’s a hugely important moment in the history of women’s rights in the People’s Republic of China.

Have there been any criticisms of the book?

There has been a lot of criticism. There are some who think I’m China bashing but I’m just pointing out economic realities so that young women in China can be aware and empower themselves. It’s extremely useful information to have.

The other main criticism has been people who think I’m misrepresenting the judicial interpretation of the marriage law, but I don’t agree with that critique. Law is one thing and social reality is another. The language of the law may sound really egalitarian but in actual fact the way that the law is written right now does discriminate against women.

So, women need to protect themselves. They need to make sure that their name is actually registered on the property deed. Divorce rates are skyrocketing and if women’s names aren’t on those deeds, it’s very unlikely that they’re going to actually get their share of the property. There’s a lot of women who lack awareness of their own rights. What I was aiming to do with this book is to raise awareness among women about their rights and emphasize they need to stand up for those rights.

I’ve received so many. It makes me feel very grateful to be part of their lives.

> Leftover Women: The Resurgence of Gender Inequality is available on Amazon.

> Check out our full preview of the Shanghai International Literary Festival and our festival related features.