Just a short walk from Lingzhao Xincun Station on Line 8, Guijin Cun is a 40-minute metro journey from People’s Square. But for its proximity to downtown, it’s hard to comprehend this ramshackle settlement that thousands of migrant workers call home is an enclave of Shanghai.

One of the first residences down the road leading to the village’s main thoroughfare is a blue shipping container, inside which a young couple with a 4-month-old baby girl lives.

“My brother is a big rig driver, and he didn’t have anywhere else to live, so his boss let him stay here,” says Tao Zhenhu, a 19-year-old A/C repairman from Anhui. Tao was enjoying his day off watching a movie in this little home, while his brother and sister-in-law were out. They’ve been living in the container for about a year, he says.

Inside, a curtain divides the bed from a sparse living space that holds just the essentials. There’s a dresser, a table, two chairs, a couple of thermoses for water, a wok and a rice cooker. A few posters of ladles, a meat cleaver and a calendar hang from nails on the wall.

“It gets really hot in summer,” Tao says. 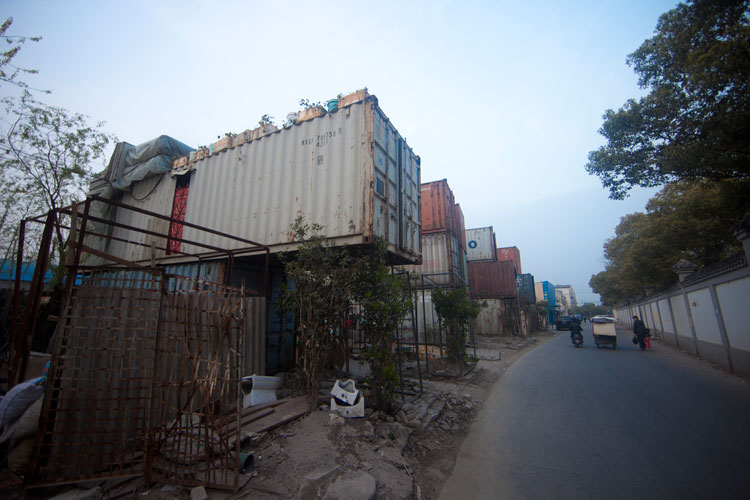 The container is one of several on the lot. Neighbors say the owner intended to rent them out for people to live in, but the lack of ventilation and air conditioning has prevented anyone else from moving in.

However, there’s no shortage of makeshift homes in Guijin Cun. Sanlin, located in the northern reaches of Pudong, is home to thousands of migrant workers, many whom live in settlements like Guijin Cun. It’s what people call a cheng zhong nong cun (成中农村) – literally, an inner-city village. Guijin Cun residents are almost all from outside Shanghai, the largest number hails from Anhui and Jiangsu, but there are people from Hebei, Hunan and Sichuan too. Many live in concrete dormitories and crumbly one-room houses with corrugated metal roofs and plywood kitchens attached on the front. There’s a swampy green creek that snakes through the village and a contingent of scrappy dogs that roam about. 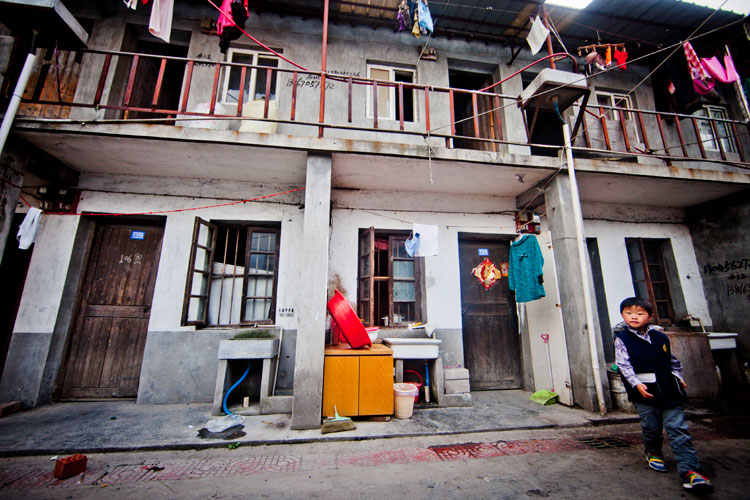 Many homes lack basic plumbing, so there are a couple of bath houses that sell showers. Tao Ping, a 40-year-old mother of two from Anhui, charges RMB5 for adults and RMB3 for children – plus RMB1 for a blow dry. She feeds wood scraps to an exterior stove to provide the stalls with hot water. Business is good in winter, but in summer there are hardly any customers, as most people choose to bathe by hand at home. Her husband is a long-haul driver, and in addition to the bath she runs a small grocery. Still, they have to borrow from family to pay their son’s RMB30,000 Shanghai high school tuition because they don’t have a local hukou. Their daughter goes to school in the countryside. 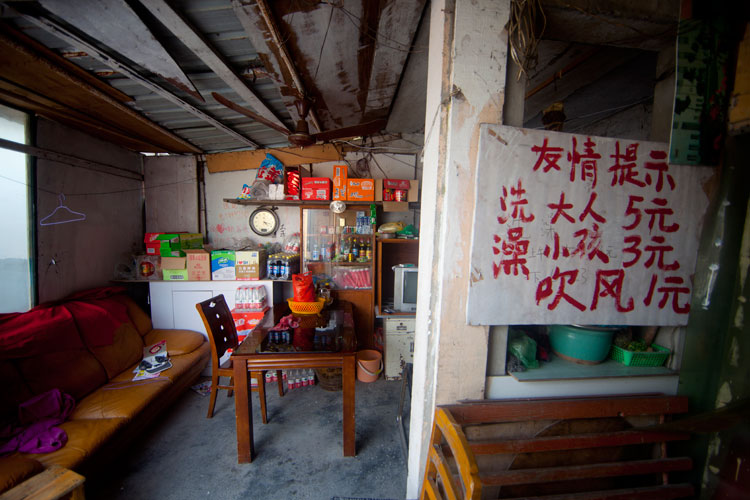 Mostly everyone who lives in Guijin Cun is working hard and making do with very little, but the small-town warmth and familiarity make it a pleasant place to be, residents say.

“There’s no difference between living here and in a nice neighborhood,” sweater factory owner Zhang Xuejiu says. “Our neighbors are nice and kind.”

Zhang and his 14 employees work 12-hour shifts seven days a week from September through May ('sweater season') whipping up special-order cashmere and wool pieces. Earnings depend on orders fulfilled, but his weavers typically make about RMB5,000 a month, he says. 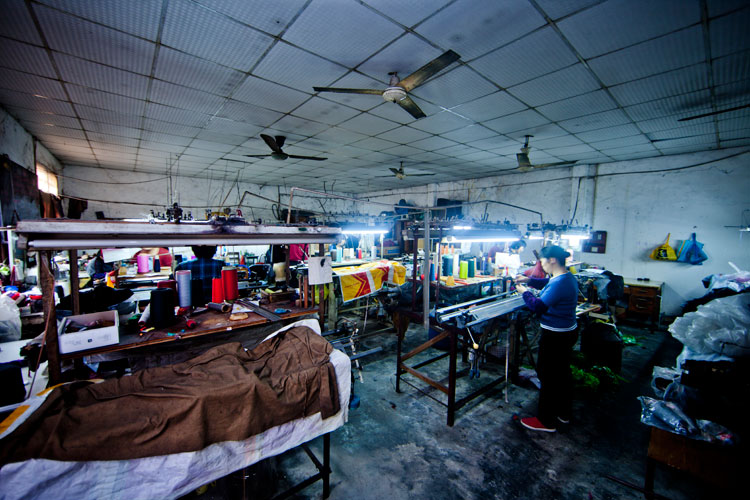 “The hours are unpredictable because we have a lot of foreign customers who have planes to catch,” he says, motioning toward a stack of sweaters intended for a Taiwanese tour group. 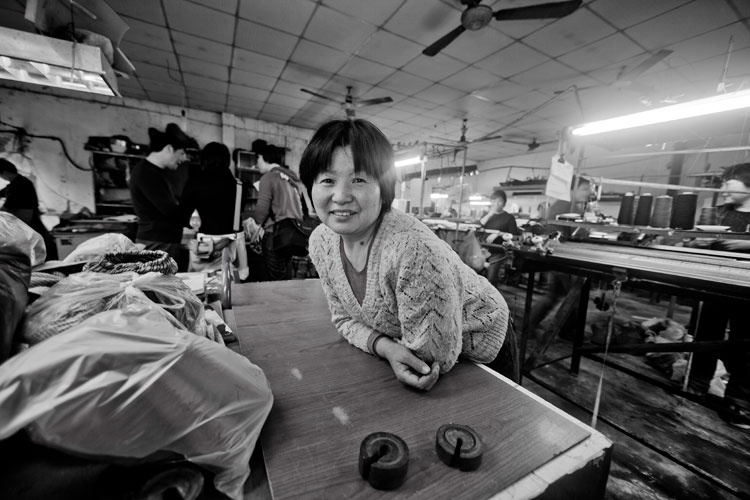 As evening approaches, the weavers break for dinner. Women prepare food outside the dorms, as kids run about freely, lobbing a rubber ball back and forth.

“I think outside children are naughtier than Shanghainese children,” 9-year-old Xiong Tingting says. “Because we know how to climb trees, but they're so scared.”

On a warm spring night the village center becomes a hub of activity: veggie sellers squat above their greens spread out on the curbside, women deep fry sausage and tofu, families buy dry snacks off a flatbed as tuk tuks putter back and forth. The harsh aspects of migrant life are ever present and undeniable, but Guijin Cun is also host to an atmosphere of friendly intimacy both rare and unexpected in a city of 22 million people.

This article first appeared in the May 2011 issue of That's Shanghai. To see more Throwback Thursday posts, click here.