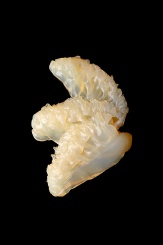 Date
The 3rd of every month From December 18, 2020 until February 28, 2021
Time
19 h
Email
infosha@cervantes.es
Website
https://biblioteca-shanghai.cervantes.es

Miguel de Cervantes Library, together with Canon Wonderland Shanghai and the support of the Consulate General of Chile in Shanghai, present Nicolás Santa María Cea's photographic exhibition, where the artist shows images of Chilean and Chinese culinary ingredients, taken  in Chiloé and in Shanghai. Through his photographs of food, it is not only possible to glimpse environments, such as the countryside or the sea, it is also possible to imagine the culture of a place, its markets and daily life. Thinking of food as a pole and bridge between different regions, this exhibition consists of two simultaneous shows that work together, but also independently. The photographs of the Chilean series will be exhibited in Miguel de Cervantes Library, while those of the Chinese series will be found in Canon Wonderland.

The 15 Best Things to Do This Weekend in Shanghai