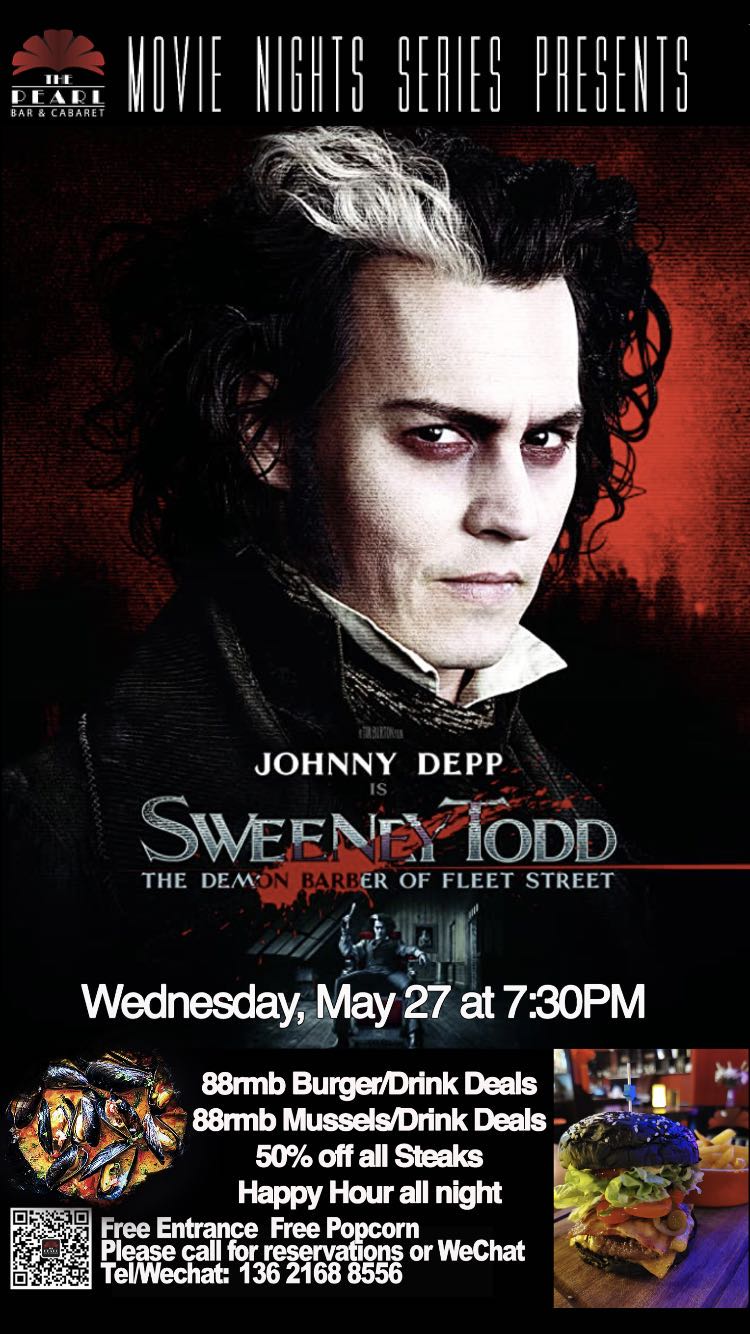 In the Victorian London, the barber Benjamin Barker is married to the gorgeous Lucy and they have a lovely child, Johanna. The beauty of Lucy attracts the attention of the corrupt Judge Turpin, who falsely accuses the barber of a crime that he did not commit and abuses Lucy later after gaining custody of her. After fifteen years in exile, Benjamin returns to London under the new identity of Sweeney Todd, seeking revenge against Turpin. He meets the widow Mrs. Lovett who is the owner of a meat pie shop who tells him that Lucy swallowed arsenic many years ago, and Turpin assigned himself tutor of Johanna. He opens a barber shop above her store, initiating a crime rampage against those who made him suffer and lose his beloved family.