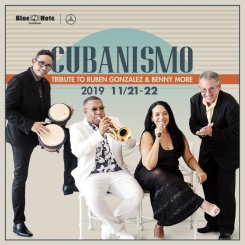 
Cubanismo! has recorded 7 albums and has been touring more than 50 countries worldwide performing in the biggest Jazz Festivals, Theaters, Art Centers and Dancing Halls. In 2008 their release ‘Greetings from Havana’ (Aim Records) was Grammy-nominated for ‘Best Tropical Latin Album’.     Ticket from 180rmb