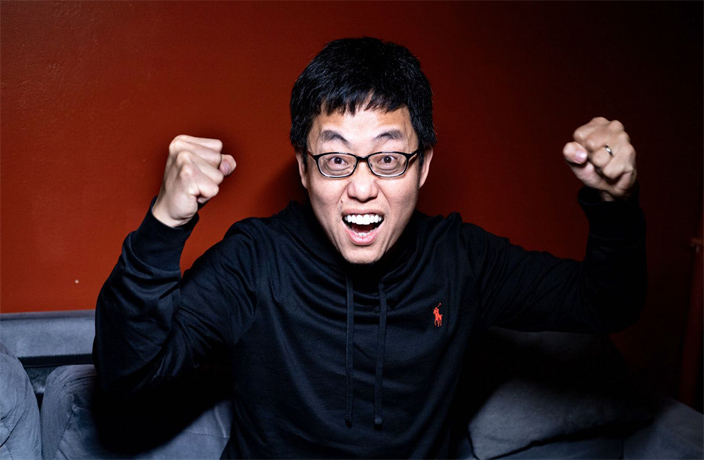 In 2010, he even performed at the White House and roasted then-Vice-President Joe Biden. “I actually read your autobiography,” Wong said to Biden. “Today, I see you. I think the book is much better.”

In July last year, That’s caught up with Wong ahead of his show at the Glass Theatre in Tianjin. We touched upon his first entry into comedy, his most renowned performances (including that special night in the White House) and China’s expanding stand-up comedy scene.

This Saturday, May 14, Wong will be performing an English show at Fenghua Grand Theatre in Shenzhen. We sat down with him again, this time to discuss the show, how he almost missed his first appearance on The Late Show and the childhood influences that led him to become the comedic genius he is today.

Being a top comedian, you must have always been the funny kid growing up, right?
Actually, I wasn’t the funny kid; I think my brother was the funny one. He would always say some really funny stuff, like when my dad used to ask us, ‘Hey, what do you want to be when you grow up?’ He would say something like: ‘I just want to be a little bride.’

When I went to school, I always felt that I was the second most funniest in any group. You know, there's always some guy who's just hilarious; he’d jump out the classroom window, let the air out of teachers' tires, you know, that kind of thing. They were always my heroes in high school and middle school.

Even when talking to people, I didn’t think I was the funniest among my friends, and I felt this way in college as well.

But recently, someone wanted to make a documentary about me. So, I took out my high school yearbook and most of the comments people made were about me being really funny and witty. So maybe there's something that I don't quite remember.

So, you never did comedy in China before moving to America?
Oh no, absolutely not. Comedians in China at that time had been performing something similar to cross talk, but they had been training since the ages of five or six.

What was I performing? Just some silly sketches to my classmates.

What were the sketches?
They were really silly. One of them was about a barber who had to operate on a customer. The man getting a haircut said he had stomach pains, so the hairdresser spat on his belly and did the operation.

I performed it at something similar to a school talent show. You know, most people sing and dance, but I can’t do ballet, so I did a sketch!

My classmates and teachers really enjoyed it, but I never thought that I could be a comedian. I didn’t even know that you could practice being funny and make yourself funnier; I thought you were just born with it.

Joe performing at a comedy club in Beijing

Your ‘big break’ came when your first appeared on The Late Show with David Letterman, how did that come around?
I started to do stand-up back in 2002 in Boston, and the next year, I attended the Boston Comedy Festival. Eddie, The Late Show talent coordinator, came to Boston and saw me perform. A couple of years later he hosted auditions for the show in the city.

That was in 2005, and Eddie told me that I showed some promise and he needs some more jokes from me. So, I kept sending him DVDs of my performances and he looked at them and told me, ‘I like this but I need more.’

As a Chinese person, I just thought that was a polite way of him saying no, so I didn't contact him again for three years.

And then in 2008, Eddie came to Boston and said he wanted to see how I was developing. I auditioned for him again and he said, ‘Okay, I think you're pretty much ready for the Letterman Show.’

But even after that, I wasn't sure if I was going to get on because there were so many comedians who were told that they going to be on the show but they never got a date.

Not long after, Conan's show wanted me to do an audition as well. So, I told the Letterman guys, ‘Hey, I'm auditioning for Conan now.’

They quickly said I should do my television debut for them and they gave me a date.

What have you got in store for the May 14 show?
This year my topic is slightly lighter. Last year I spoke a lot about the Asian hate problem in America. The theme this year is about being more experienced in life and having new perspectives since I’ve turned 50.

I will talk more about midlife stuff, like family, having a child, handling a mid-life crisis and trying to keep healthy, that kind of thing.

I love performing English shows in China because the audience is a big mix of people and on any given night, you can see people from all over the world, like South Africa, Europe and the Middle East.

I remember one show, an Iranian guy was sitting next to an American and they were laughing together. I was like, ‘Wow, this is something that you don’t even see in the US.’

Get tickets for Wong’s show, 'Mid Life' by scanning the QR code below: 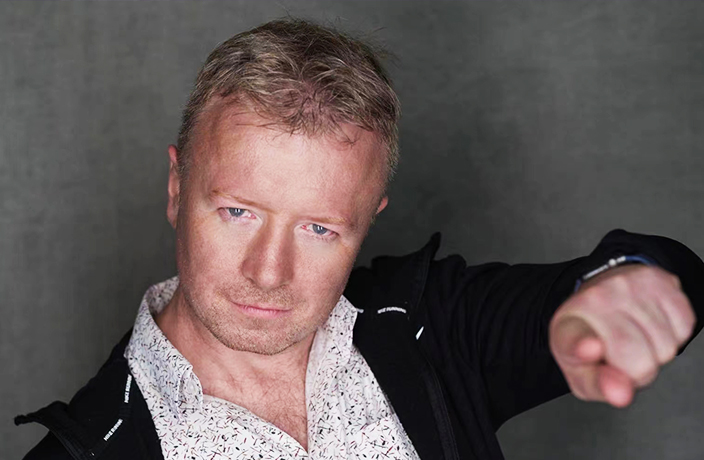 Simeon Goodson, Eric Allen, Ben Mitchell and Lewis Baker are bringing laughs to Sanya and Haikou on June 4 and 5.