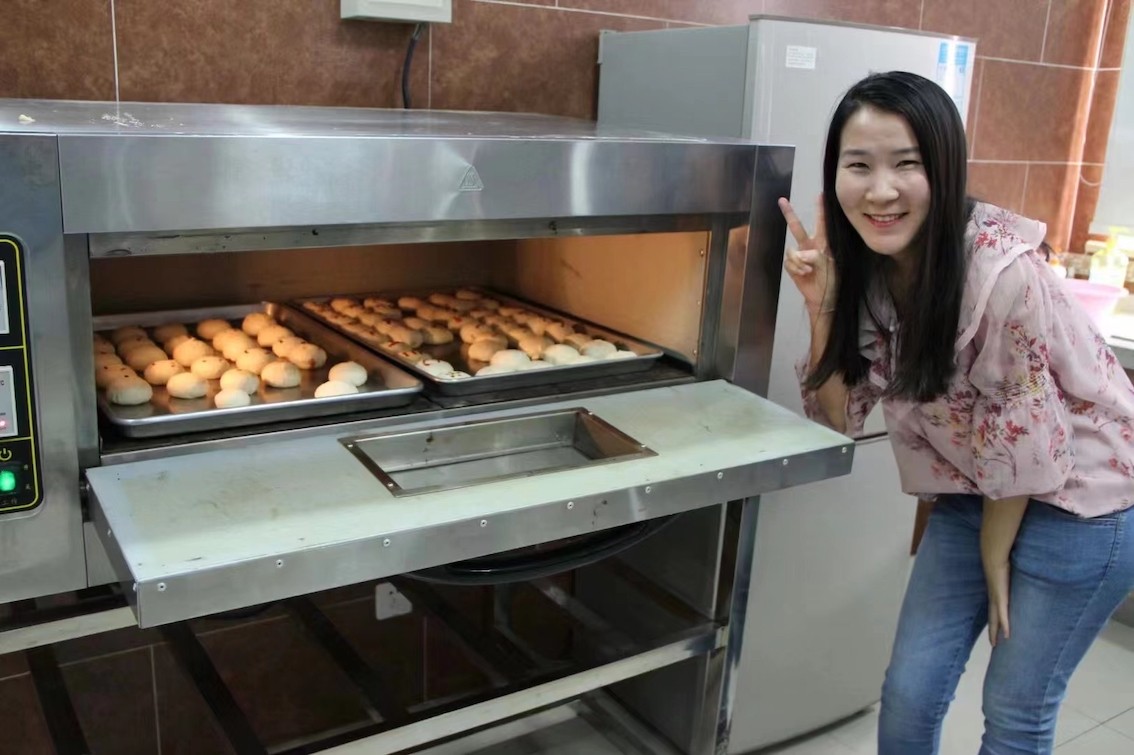 Sophia Song started Sophia’s Kitchen four years ago as a hobby that grew out of her love for baking – cinnamon rolls, specifically. A series of serendipitous events found her baking tamales, a highly sought-after product that helped her gain a lot of traction in the Mexican and American Shanghai expat communities craving a taste of home.

We sat down with Sophia to learn more about how a northern Chinese girl got into baking – cinnamon rolls, pies, cakes, breads and, of course, tamales. Ones that many agree are some of the most authentic you can find in China. 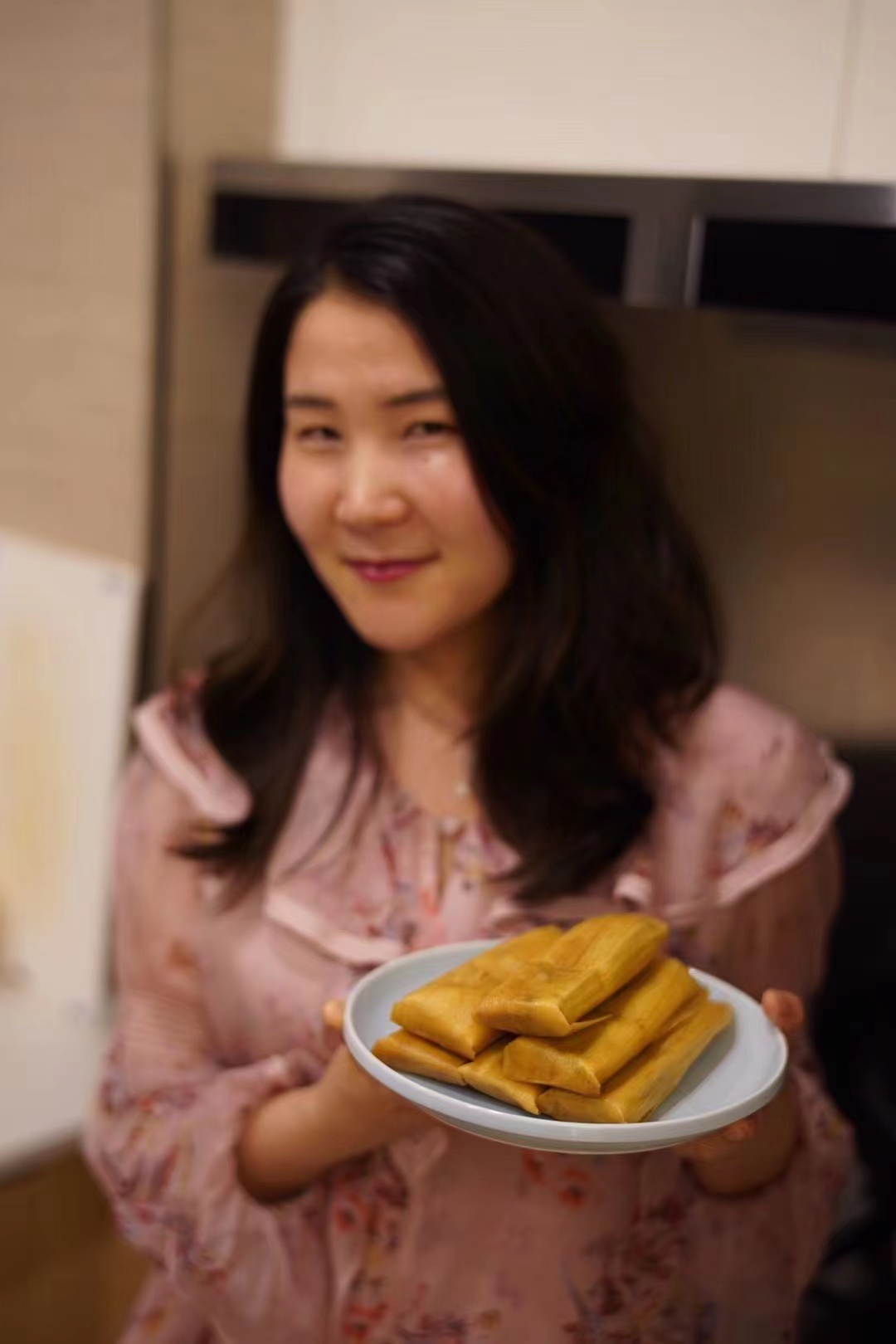 What is your background, and how did you get into baking?
I was born and grew up in northern China. I always had a passion for food and grew out of my mom’s recipes, searching for something different.

From a young age, while my friends went shopping or hung out on the weekends, I looked up recipes online. I started cooking at home, and eventually, after studying Business English in university, gained access to an oven, where my love for baking truly started.

I always wanted to keep it just as a hobby; in 2016 I worked at Hyatt, and the head Pastry Chef asked if I wanted to join her team, but ultimately I refused, wanting to pursue my interest in my own way. 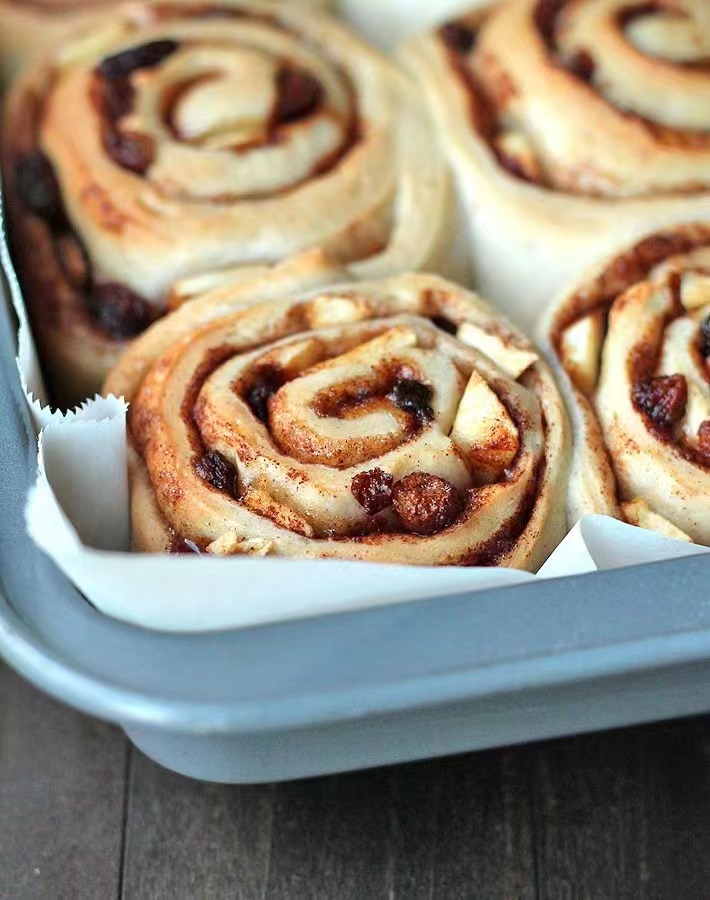 What was the inspiration for starting Sophia’s Kitchen?
At the beginning of 2017, I traveled to the Philippines and tasted Cinnabon for the first time. I instantly fell in love, and after returning to China (and trying to messily sneak some in my suitcase), I couldn’t stop thinking about them.

Then and there I decided I needed to share my love on cinnamon rolls with China.

I tried out different recipes and shared them with my eager-to-taste friends. Based on the positive feedback I got from everyone, I ultimately decided to quit my job and pursue baking full time, even though many people in my life thought I was crazy. How was I going to find a customer base?

I started advertising on Chinese platforms, but I found that most Chinese people don’t know what cinnamon rolls are, so I changed my tactic to Facebook groups, and the expats living in China responded in droves.

Initially, I was baking at home, but after a year of dealing with a neighbor complaining about me baking at all hours, I moved to an official store and named it Sophia’s Kitchen. 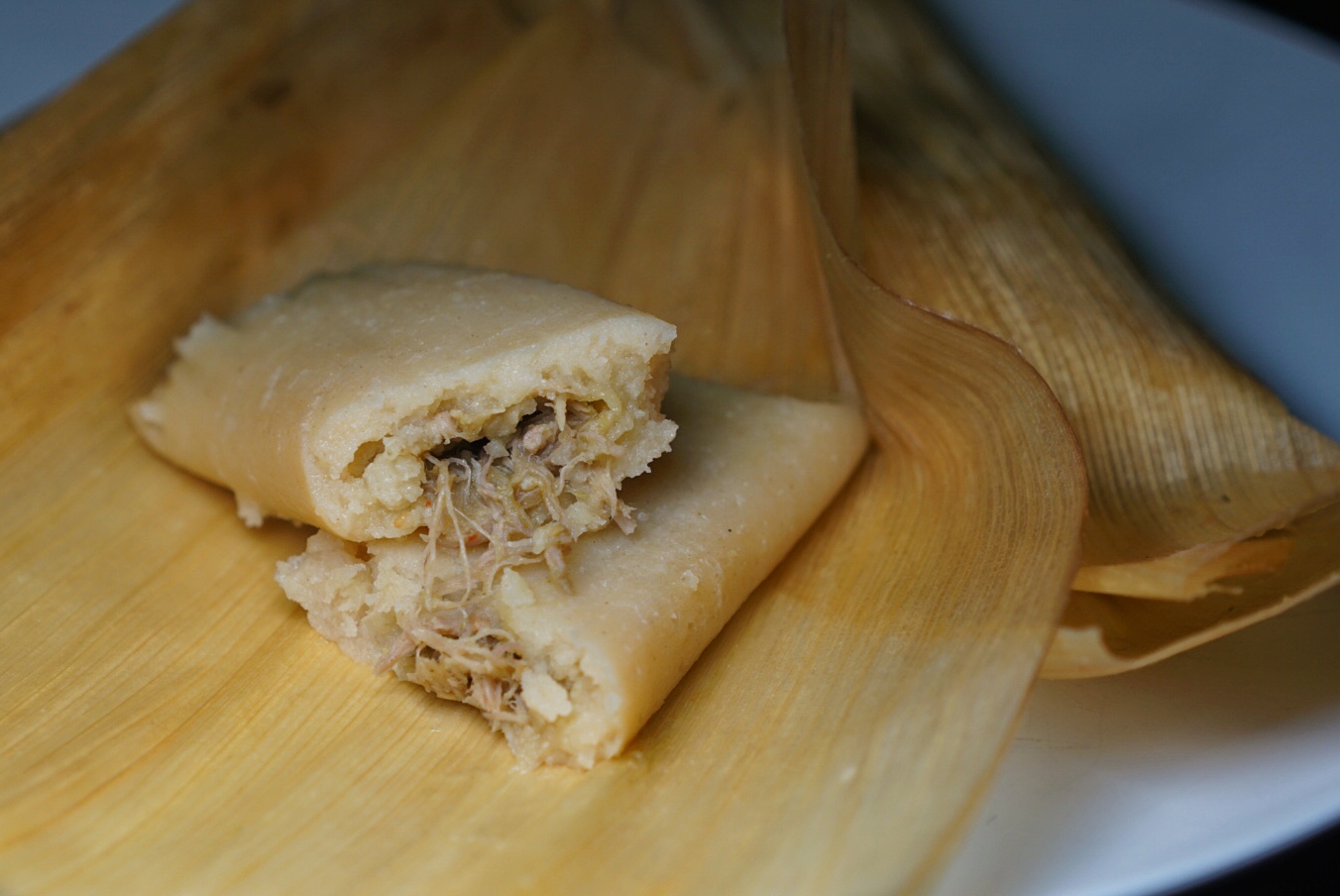 Why do you focus primarily on tamales?
To clarify, I have never actually been to America or Mexico before. However, one of my Mexican-American friends taught me to make his favorite food from home, and I instantly fell in love with tamales.

About a month after starting my baking business, I made tamales and posted about them online. Immediately, many of my customers reached out to see how they could purchase them. Over time, I perfected my recipe, added in a variety of different flavor profiles – like mole, green and red salsa, jalapeño and cheese, guava cream cheese, etc. – and my business began to grow rapidly.

I realized that, while cinnamon rolls are a sweet treat for sometimes, people love to stock up on tamales that can be stored easily and prepared quickly when people don’t have time to cook an entire meal.

Tamales soon overtook my baking business as my most highly demanded product. And that's the story of how a Chinese girl brought a love for tamales to China, despite never having tasted 'the real deal' herself. 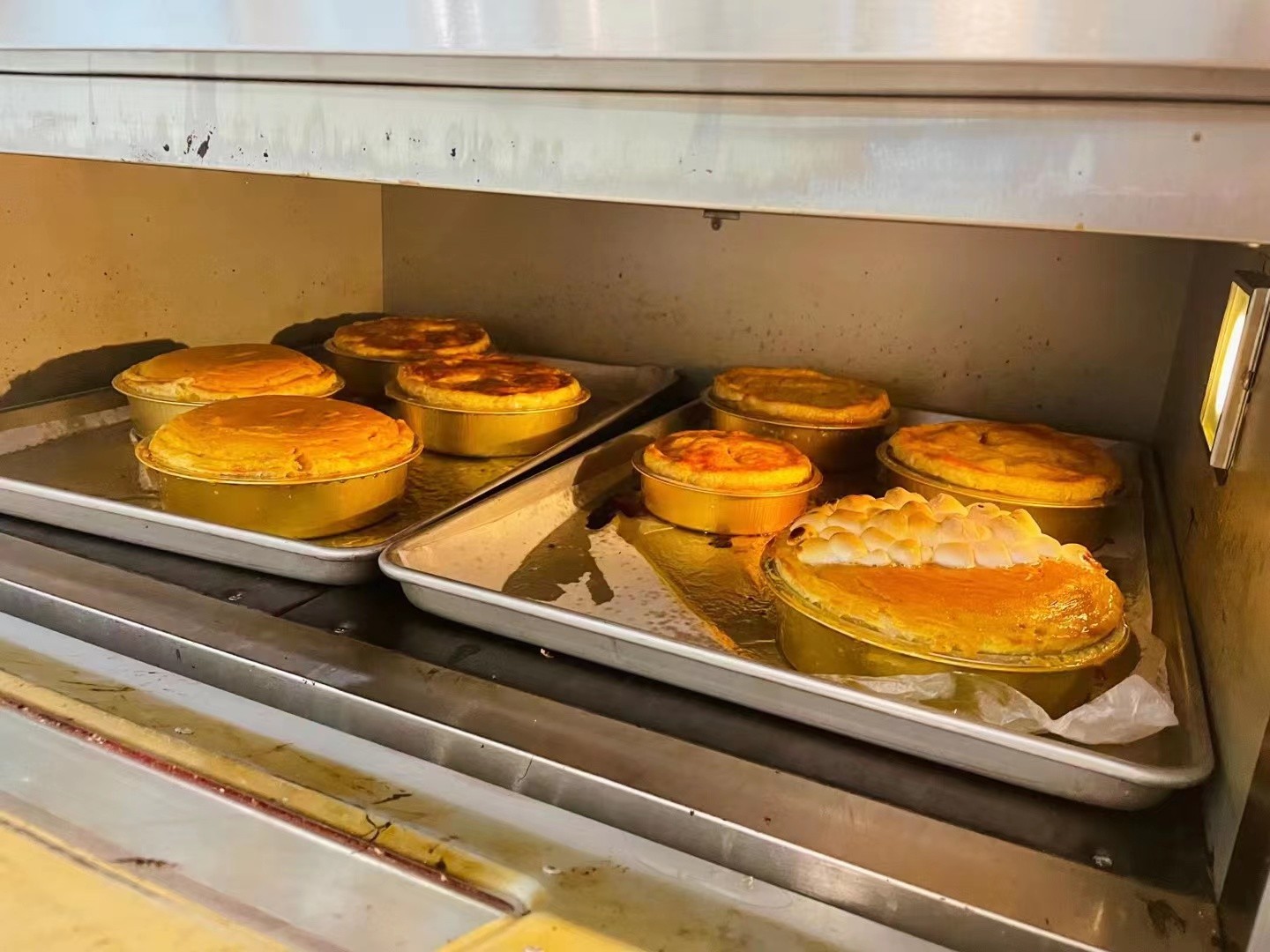 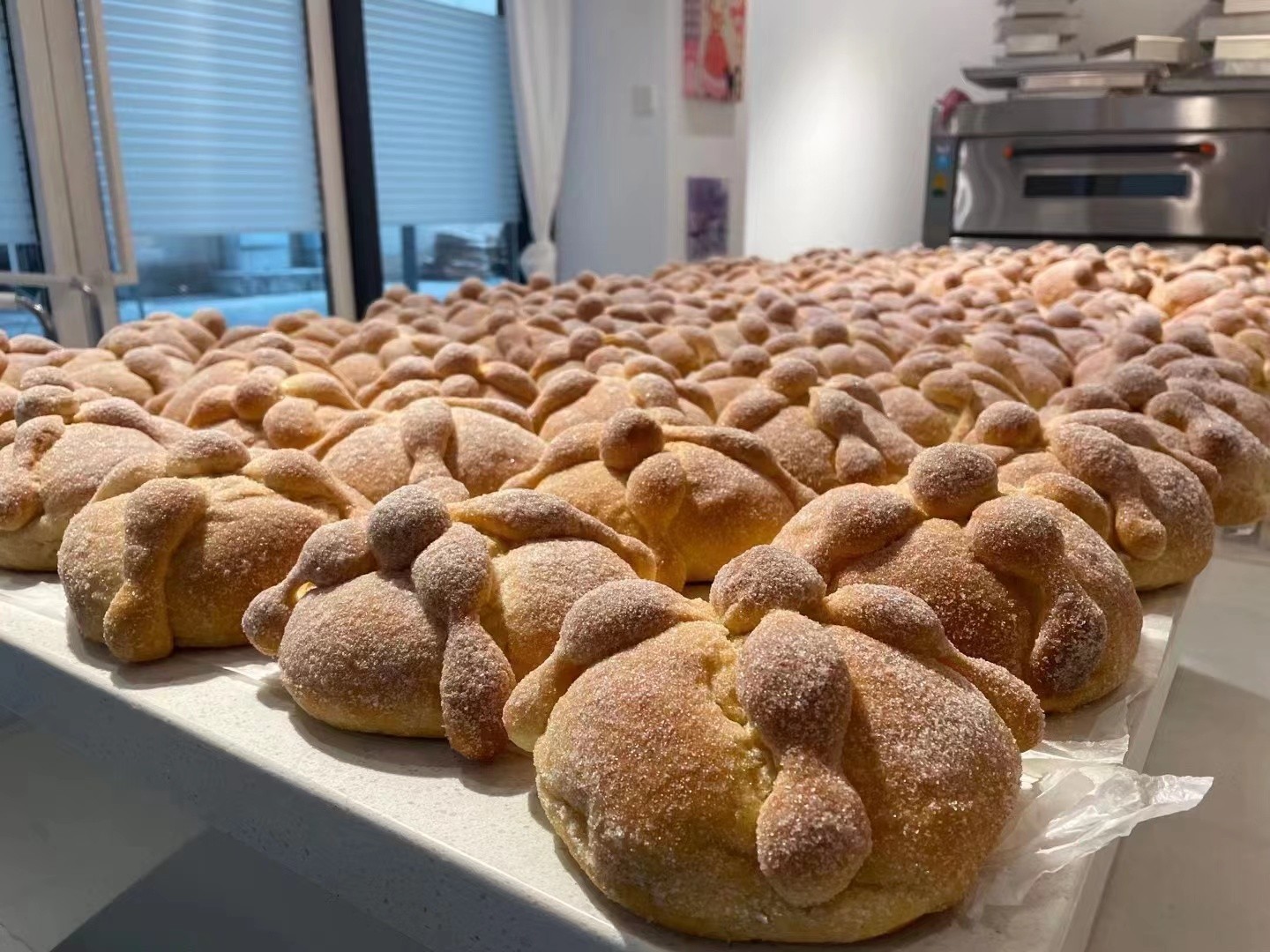 What other products do you bake/cook throughout the year and sell?
I like to keep a tight menu to ensure that all products have the highest quality and best taste. I mostly focus on tamales and cinnamon rolls. Where did you learn to cook/bake?
My customers often ask me this, and the answer is quite simple. I’m neither a professionally trained cook nor baker, I just have a strong passion for baking that expands out into searching and testing out recipes.

I spend most of my free time watching YouTube videos about baking and cooking, and combine the good ones to make my own recipes.

Funnily enough, I have never actually tried tamales outside of my own cooking of them. I just used the feedback from customers and ended up with a product that everyone says reminds them of home. 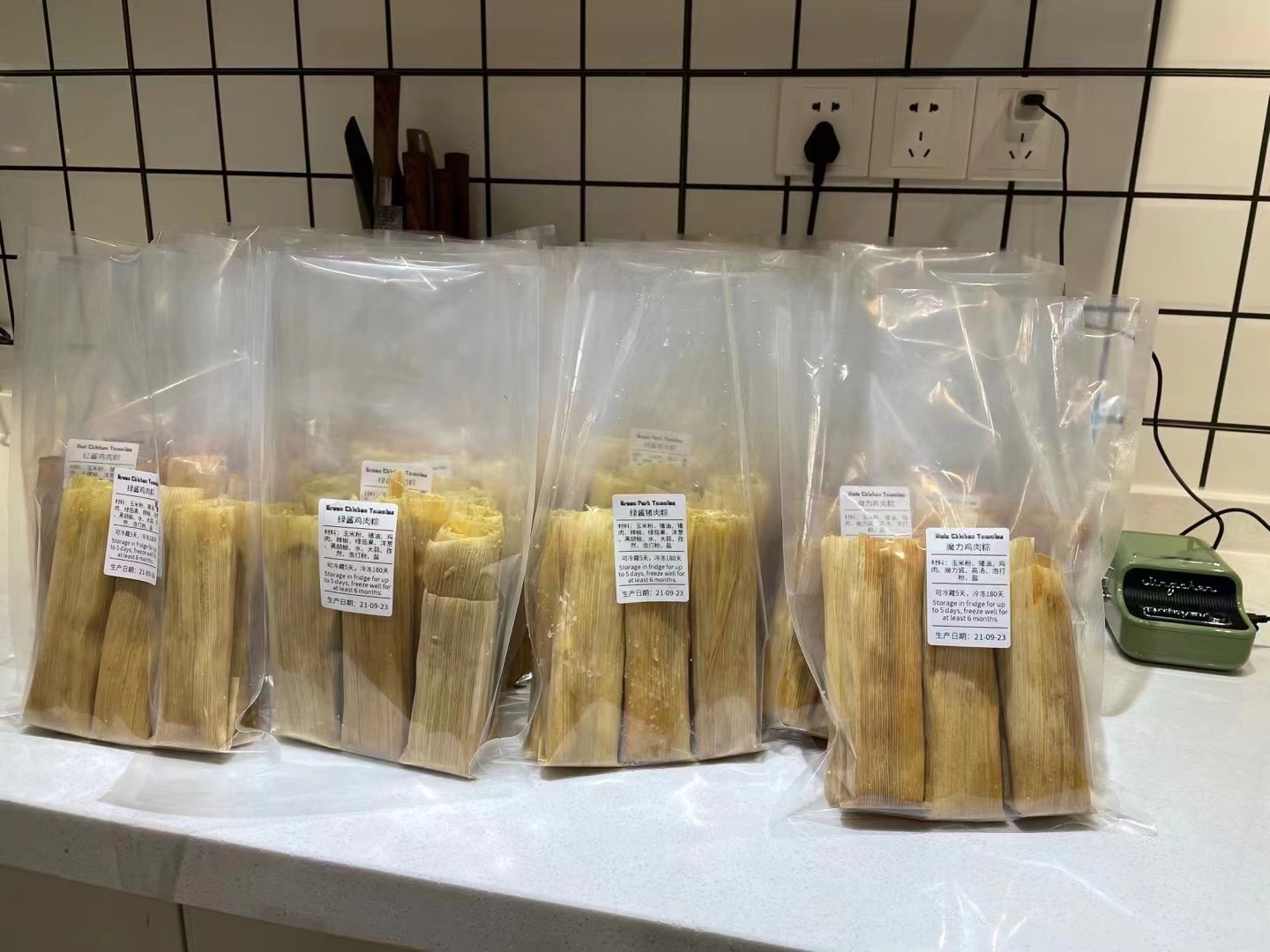 How do you source the ingredients for making your tamales?
The most important ingredient is maseca, which is the corn flour for the tamle dough. When I started in 2017, there was only one imported brand available in China, Red Mill, and it was so expensive and there wasn’t a stable flow of it, so many times I was left with no available product.

Also, for the Mexican chilis, it was nearly impossible to source them. Many of my customers would bring me back bags full of dried chilis from the USA and exchange them with me for more tamales. A pretty good deal if you ask me.

After a year, I found a reliable supplier. They even sell Mexican chilis. My biggest issue still is price fluctuation, but I have been able to source much better than when I first started 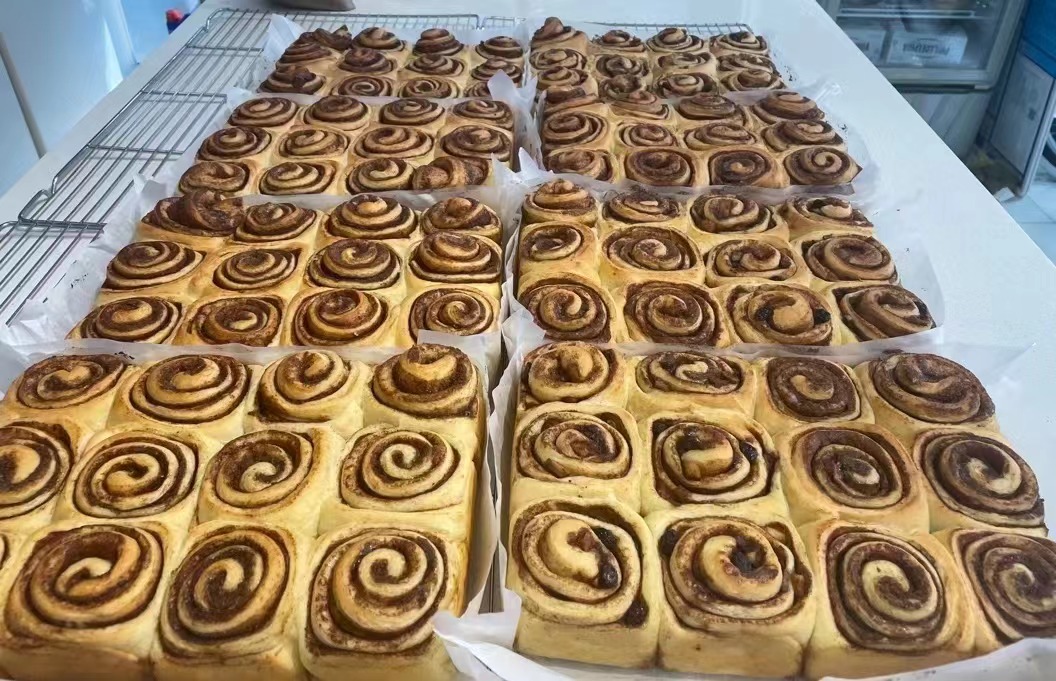 What challenges have you faced in growing this business?
My biggest challenge is ingredient supply, because the key ingredients are imported. There are steep markups on these products that have only gotten more drastic because of COVID.

Slow shipment also caused my supplier to run out of stock for nearly three months last year, and recently butter prices have increased 50%. All of these fluctuations affect my ability to serve my customer base, but for the most part, people are understanding.

There have been times that I have felt discouraged, but many of my regular customers have consistently thanked me for providing them with a taste of home and that encouragement gives me the strength to keep doing it, despite a few grumpy customers along the way. 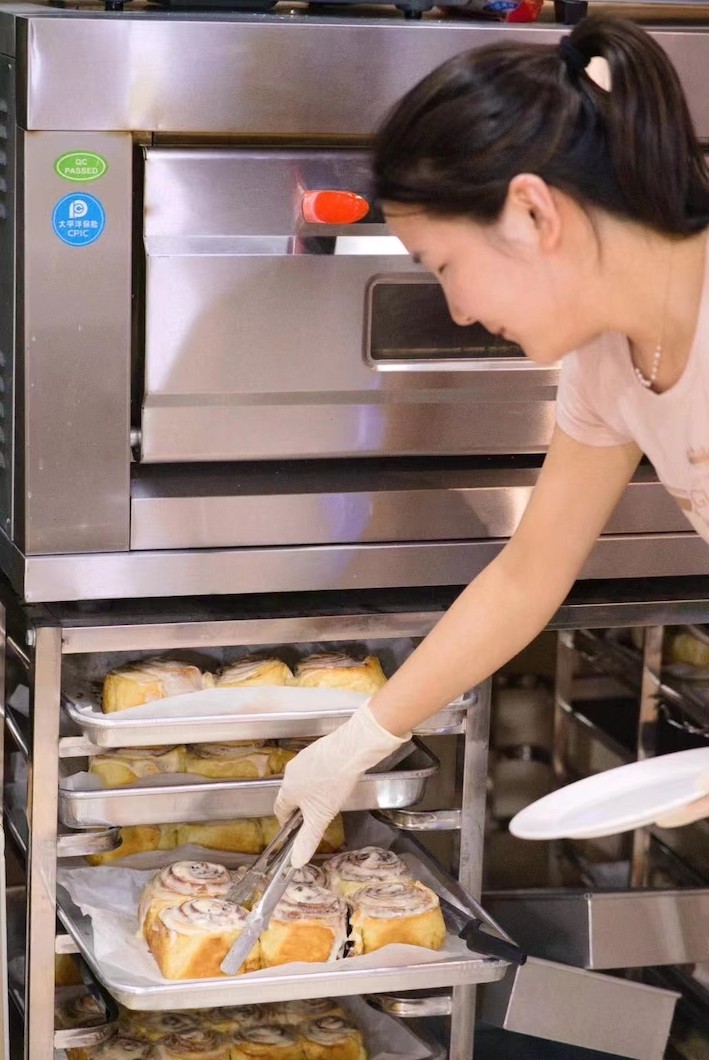 How has your business grown or changed throughout COVID?
I think most businesses have faced problems during COVID, especially those like mine that rely on a mainly expat customer base.

In the past two years, I've had some customers that couldn’t return to China, and many others left. But this pushes me to try out new marketing avenues and reach new people, as well as trying out new products. 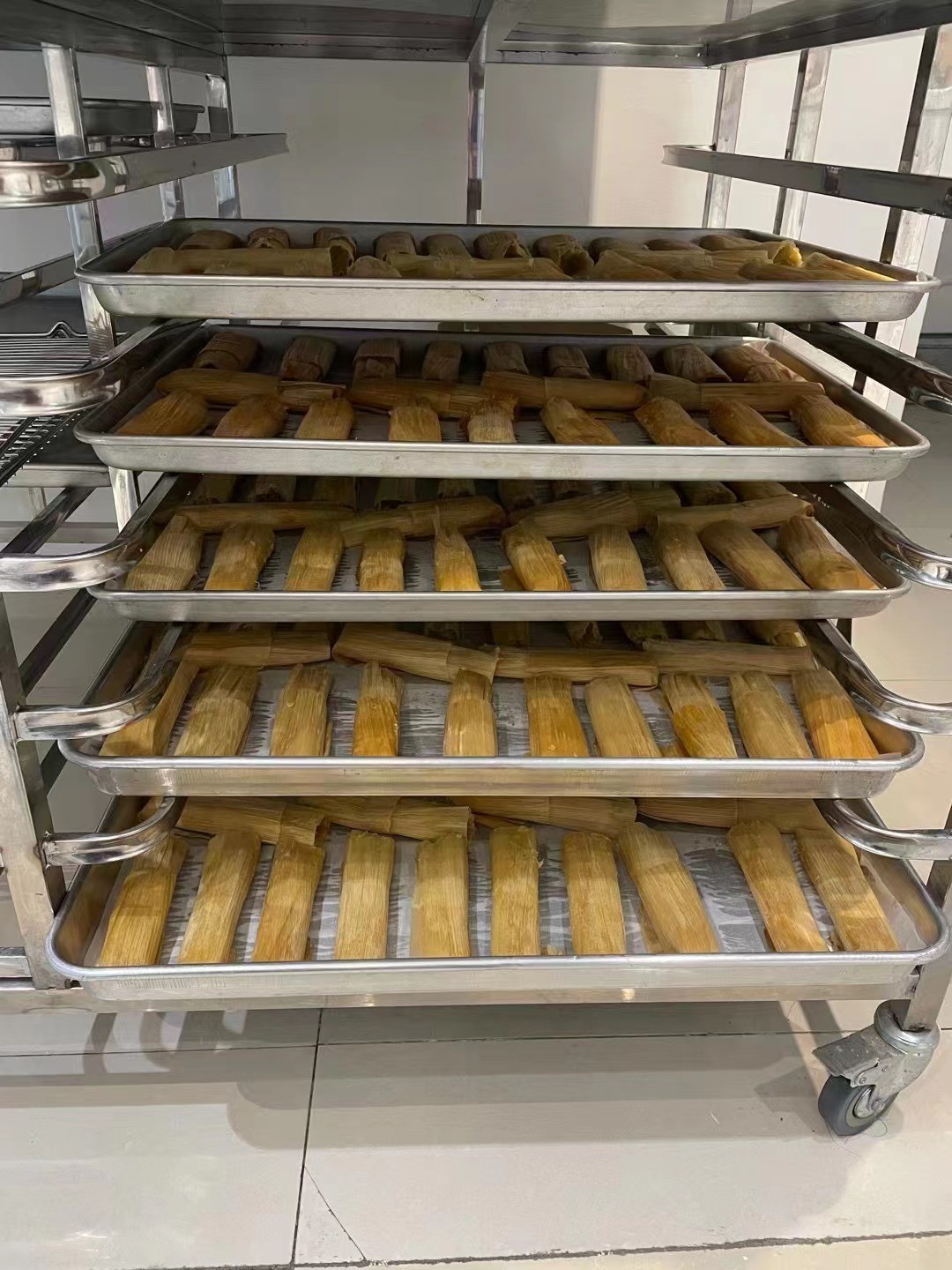 What would you like Sophia’s Kitchen to grow into in the upcoming years?
When I started Sophia’s Kitchen, I only thought of it as a hobby. I did not expect it to grow into a real business that has survived four years already. But my goal for the business is still the same as it was at its inception – I want everyone who tries my products to enjoy them.

In the future, I want to make sure that goal stays at the forefront of my mind. I don’t want to grow so big that it sacrifices quality or the personal connection I have with my customers. I want to continue growing my customer base, trying out new products, but – most importantly – I want to maintain the core business I have now. 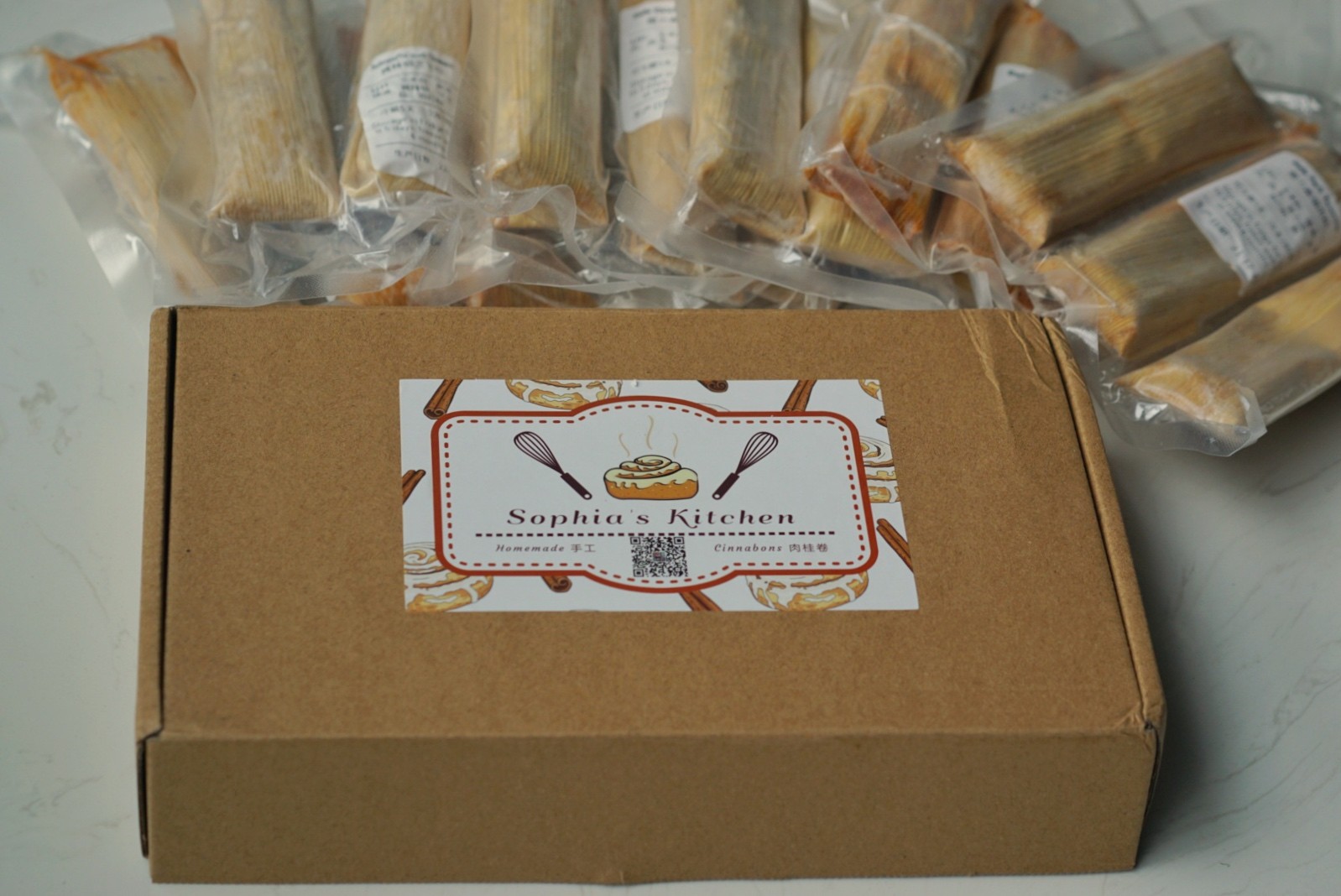 How can tamale lovers around China purchase your products?
I use SF express to deliver all products, as they have the best and fastest service. This September, I designed a WeChat mini app for Sophia’s Kitchen so anyone in China can see the product offerings and purchase directly through WeChat. 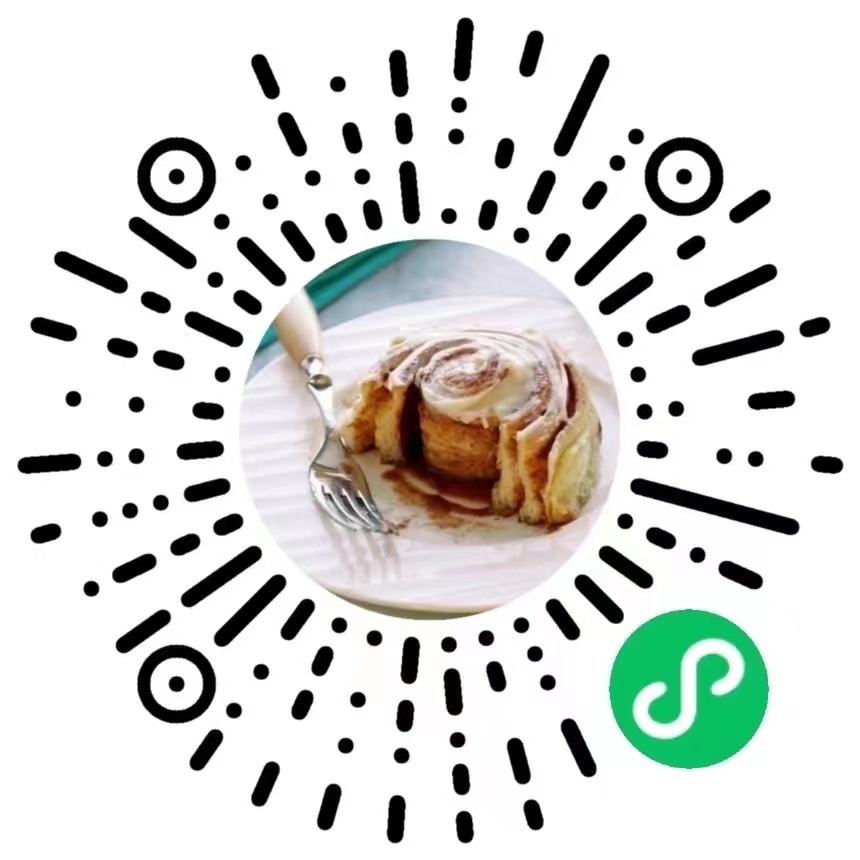 For those who prefer to place the order directly with me, they can scan my QR code below. 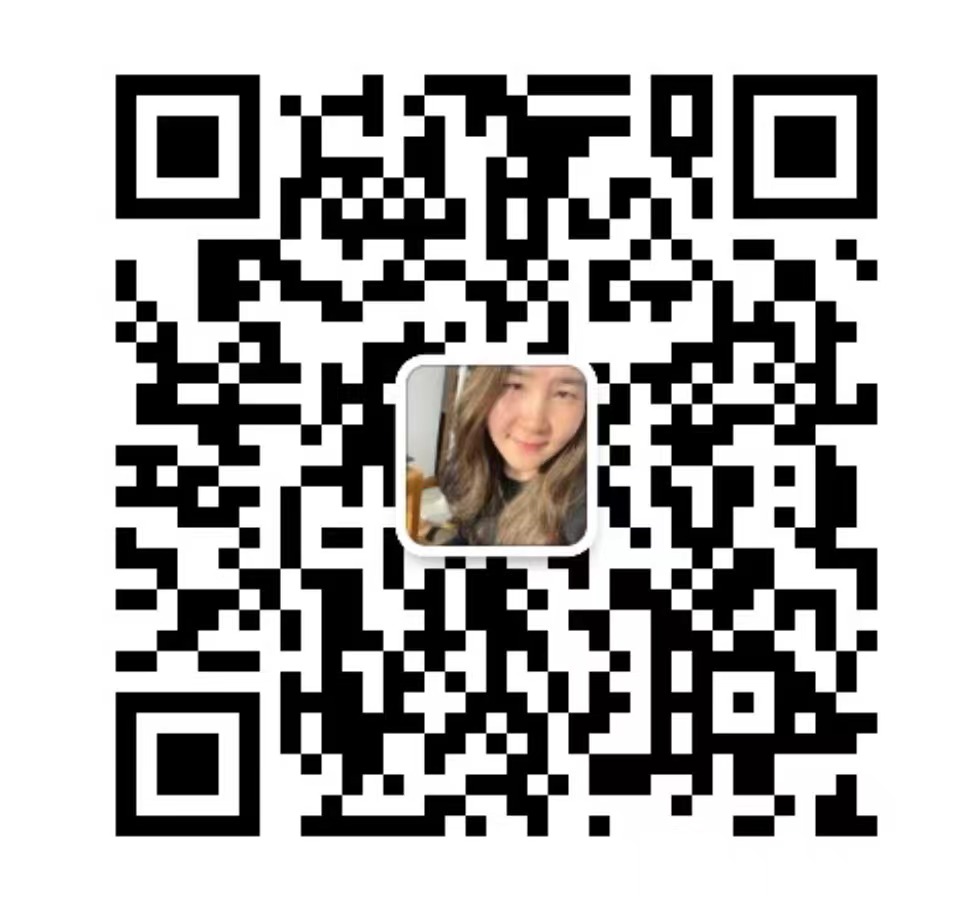 You can check out my pricing on the below flyers. 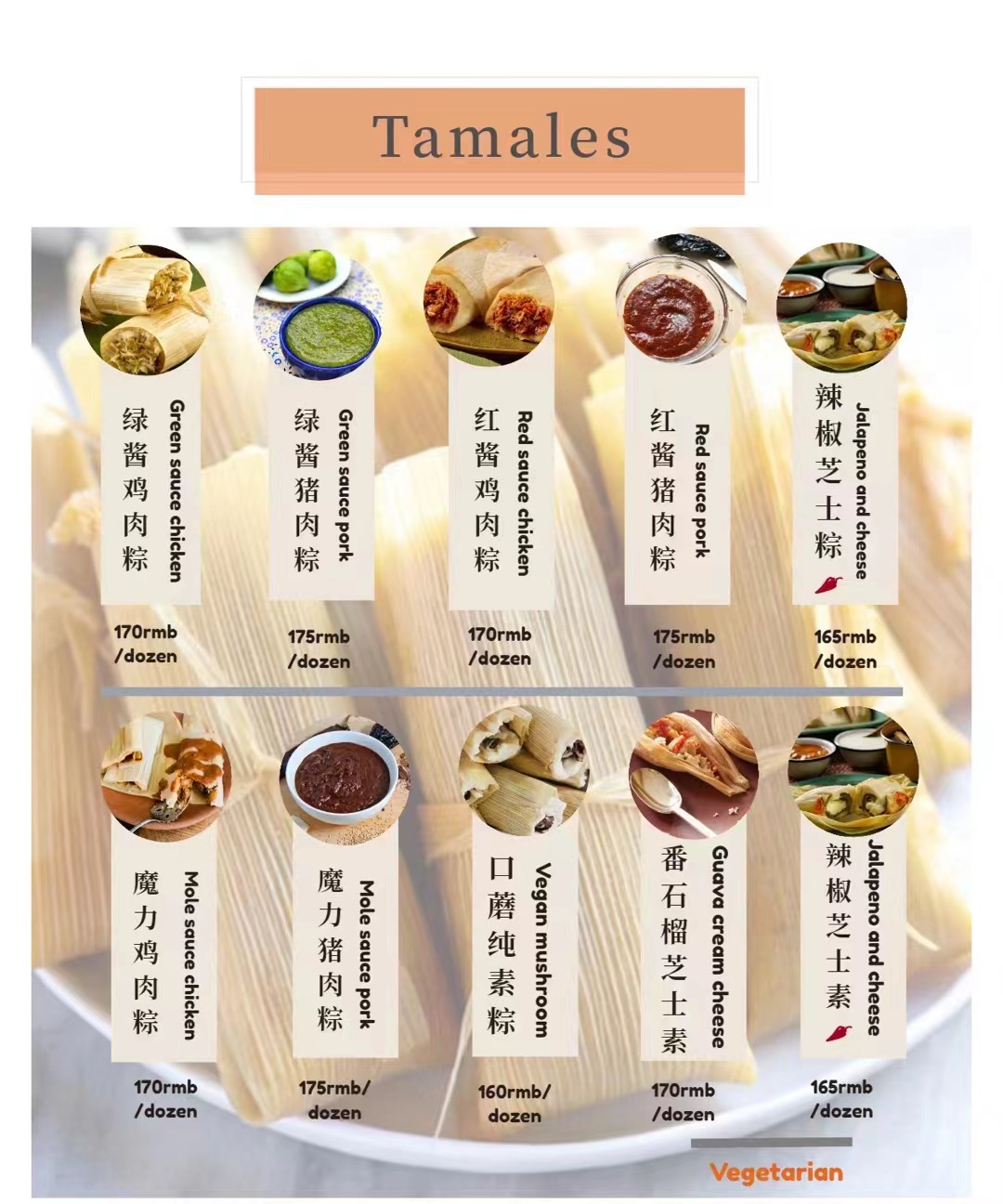 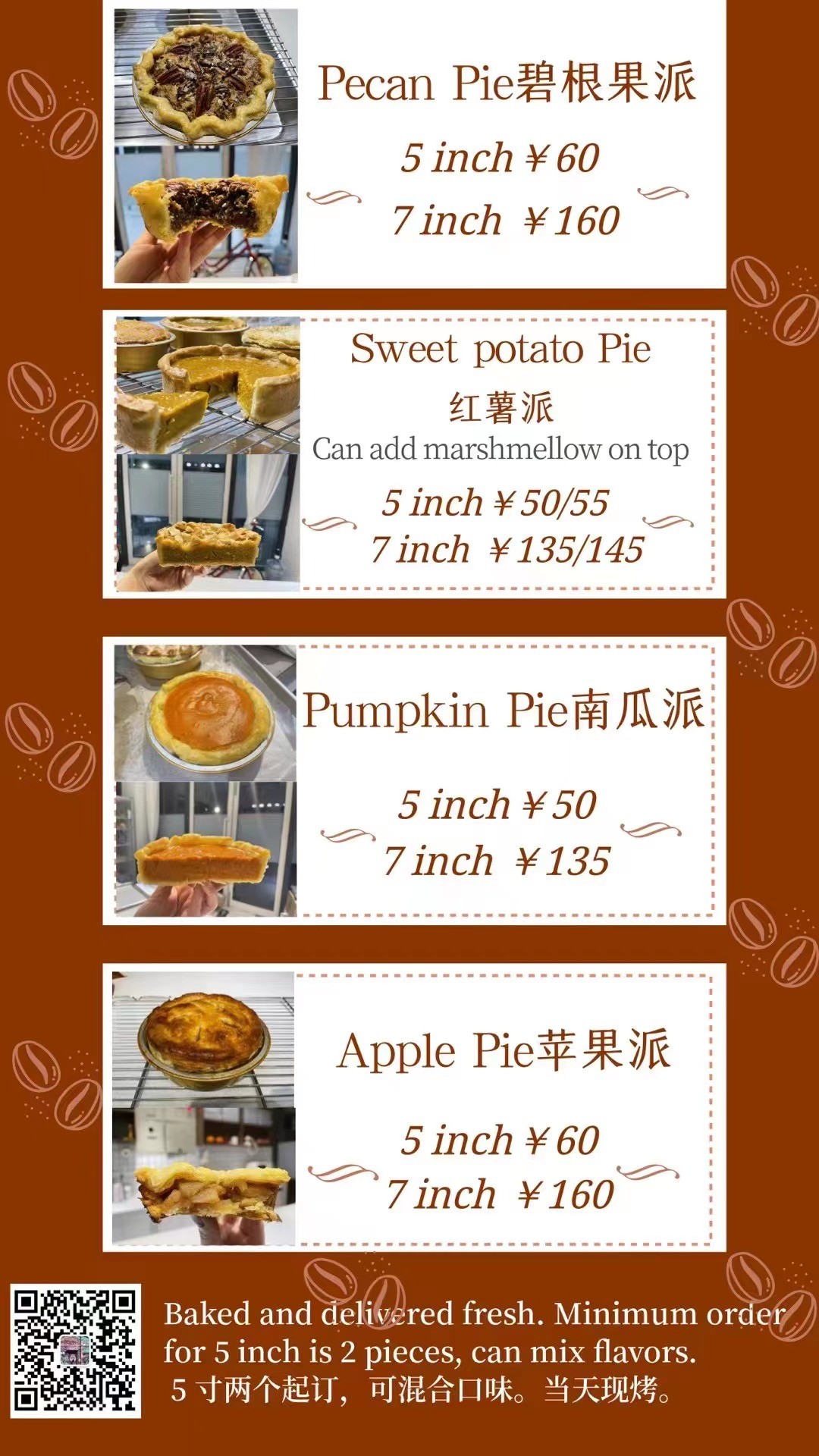 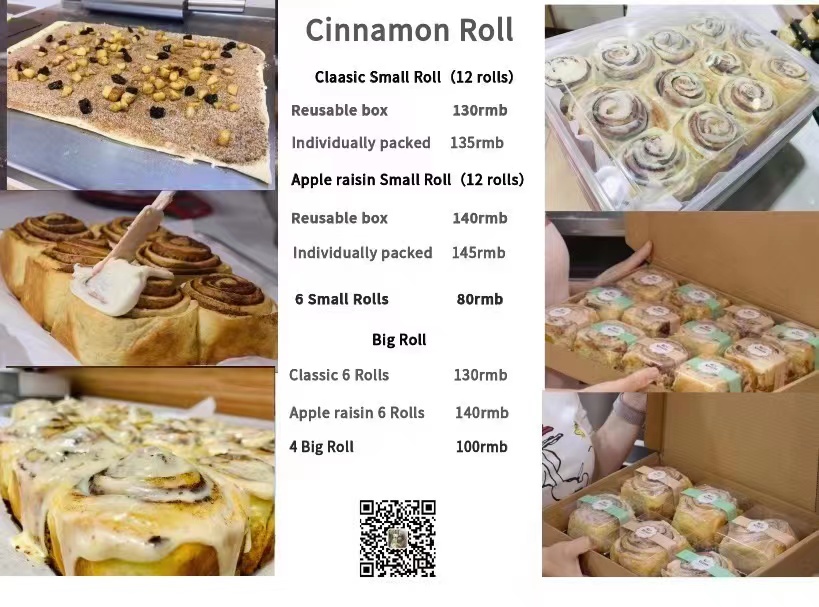 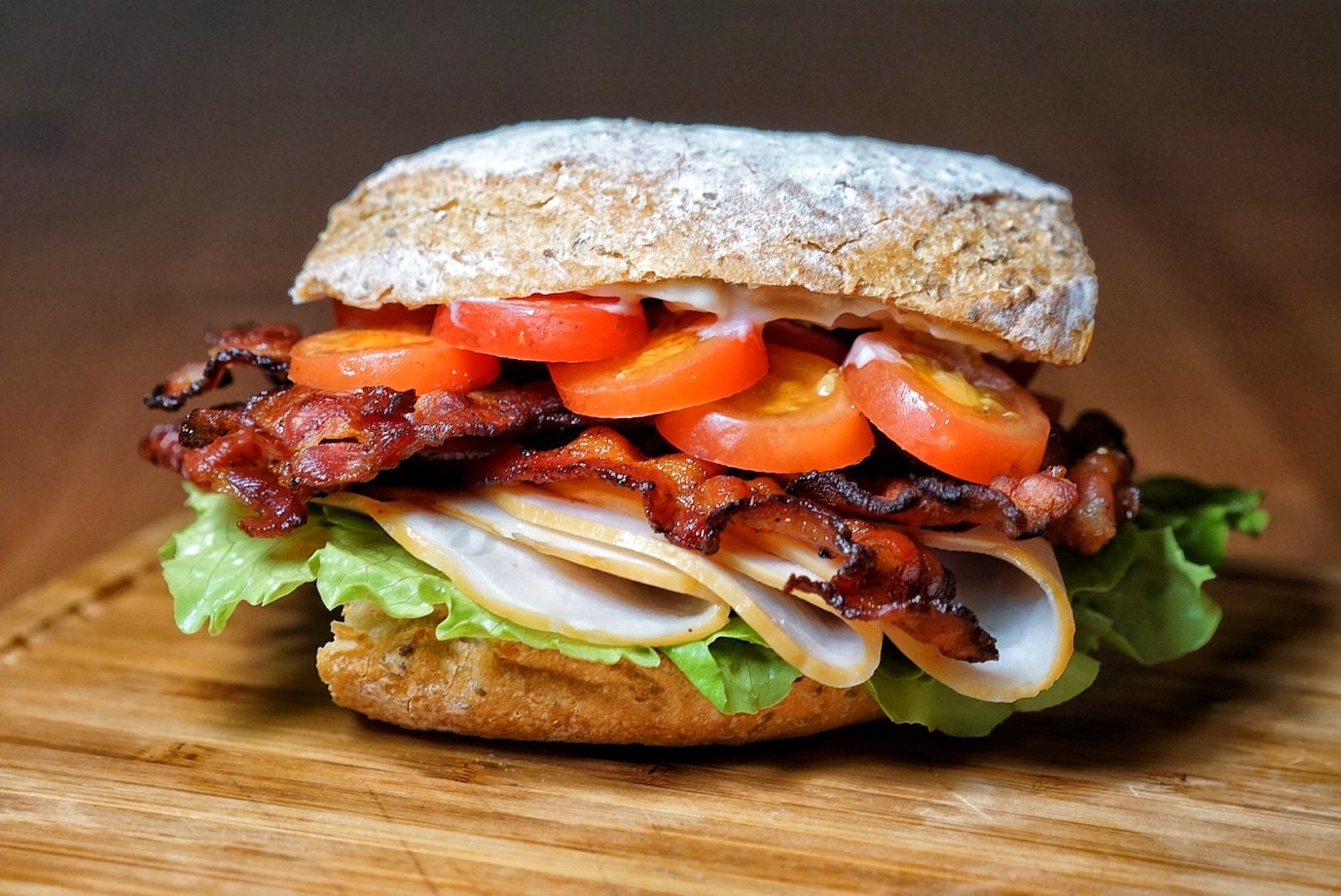