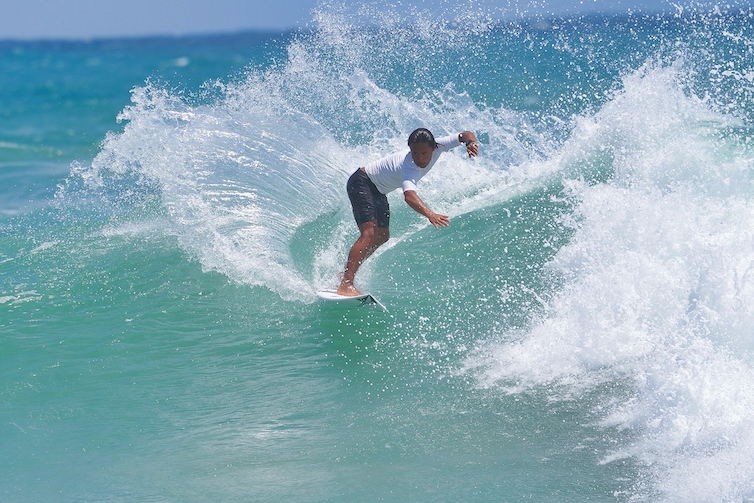 Moving from Fullsingtown to Poly Coast on account of the original venue being unable to provide weekend availability in November, the second in Hainan #1 Translation’s series of monthly bilingual culture salons ‘In Hainan Talk’ is also switching things up from intangible cultural heritage to sports. 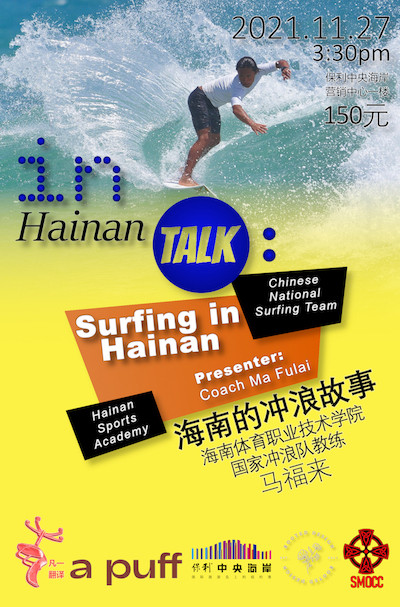 “With so many unique and unusual heritage items like Junpo Festival or Li Brocade, we’re obviously going to continue with the heritage aspect of Hainan’s culture,” company owner Marian Rosenberg explained. “But as part of the experience of figuring out what I’m doing with organizing events, I thought it would make sense to try a broad range of different cultural items ranging from law to food.” 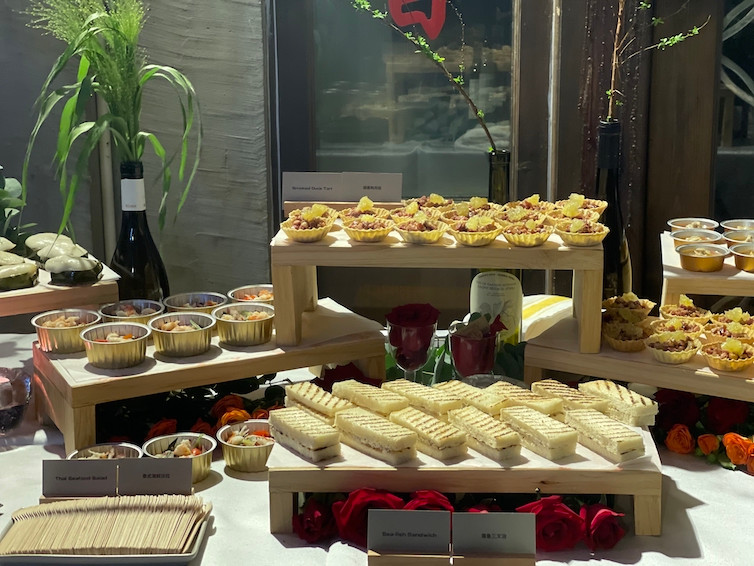 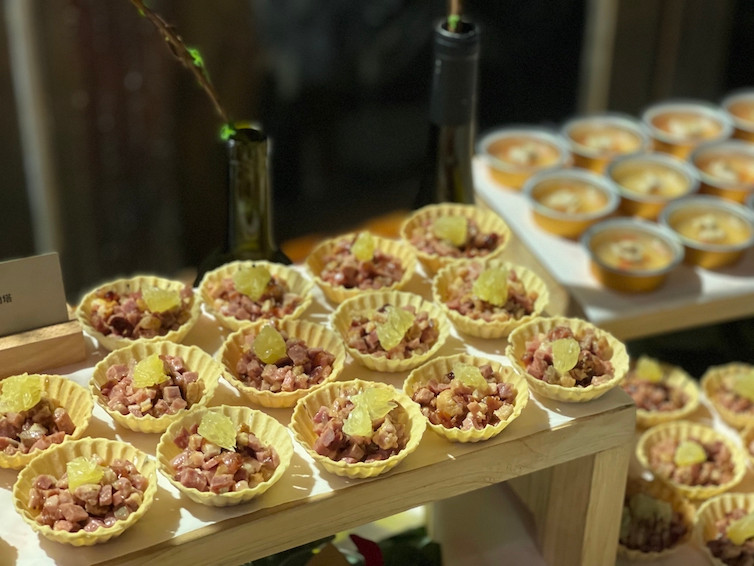 Speaking of food, the most enticing part about In Hainan Talk is not the speakers. Catering will be provided by the Hainanese French fusion neo-bistro APuff, (a translation of Freeter’s review can be found here), and yet Rosenberg is managing to sell tickets at only RMB150 per person. 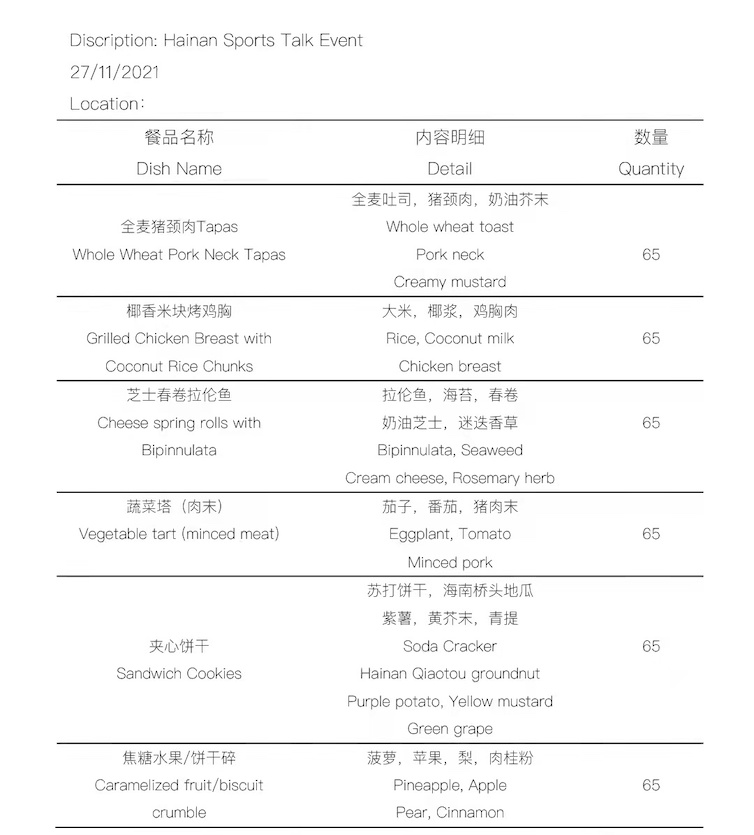 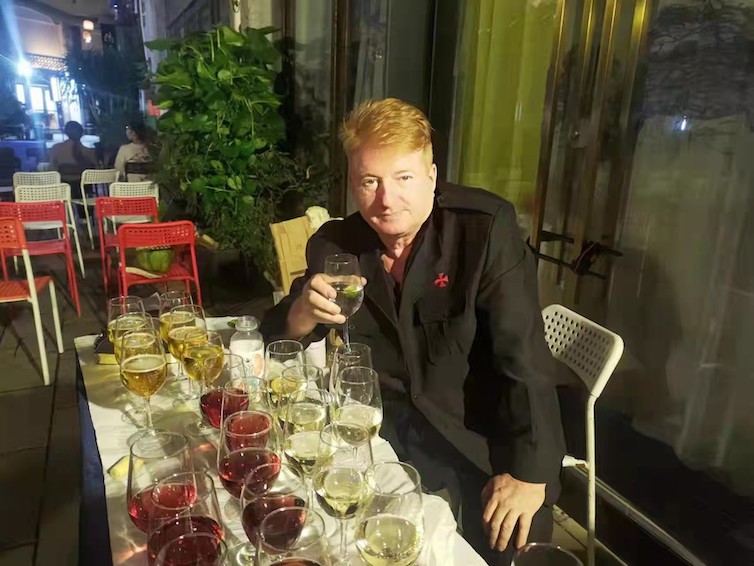 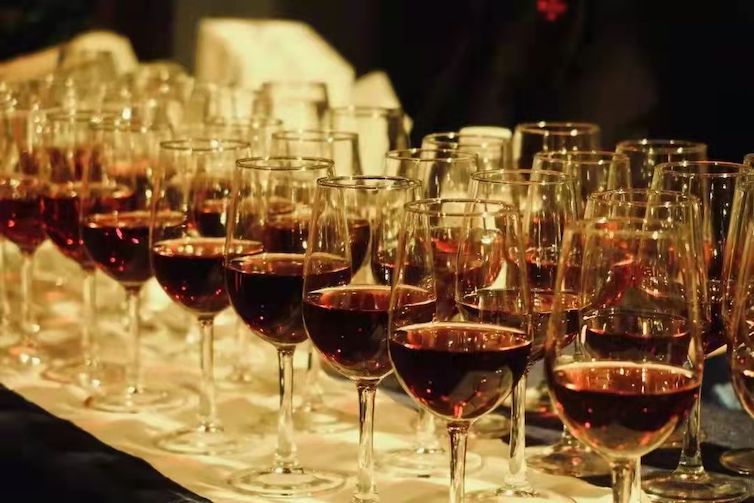 Rosenberg tells us that her events were sort of a lucky accident that arose from a combination of boredom on her part and attending an August event with a keynote speaker whose résumé appeared to not so much be embroidered as ‘created out of whole cloth.’

“I sat there listening to this man stammering in something that vaguely resembled English and thought, ‘I bet I can do better than this.’ Although I’ve never organized anything more difficult than an American Town Hall Meeting when the Guangzhou consulate is visiting, I have worked at events with tens of thousands of attendees. Also, after many years in Haikou, it turns out that I know a lot of people who were willing to lend a hand in making this a reality.” 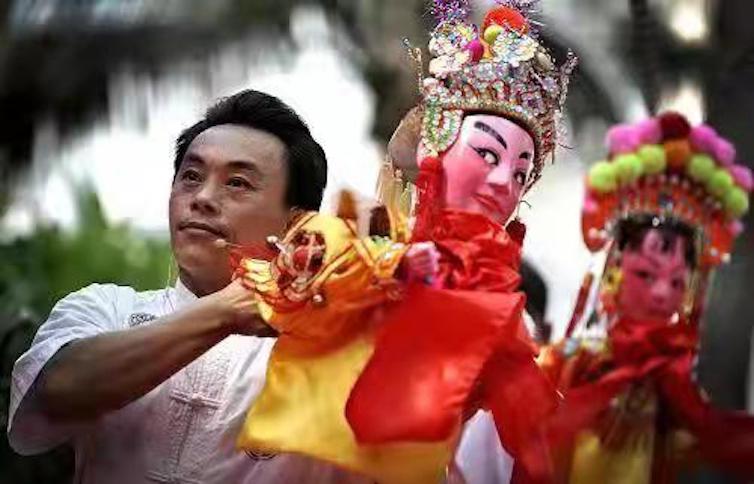 The keynote speaker for the first event, on October 23, was master puppeteer Feng Hai from the Sanjiang Doll Opera Troupe. With the help of interpreter Cathy Wille, he told the audience the history of Wenchang's Doll Opera and even gave a couple of lessons in how to use the three puppets, which he brought with him. 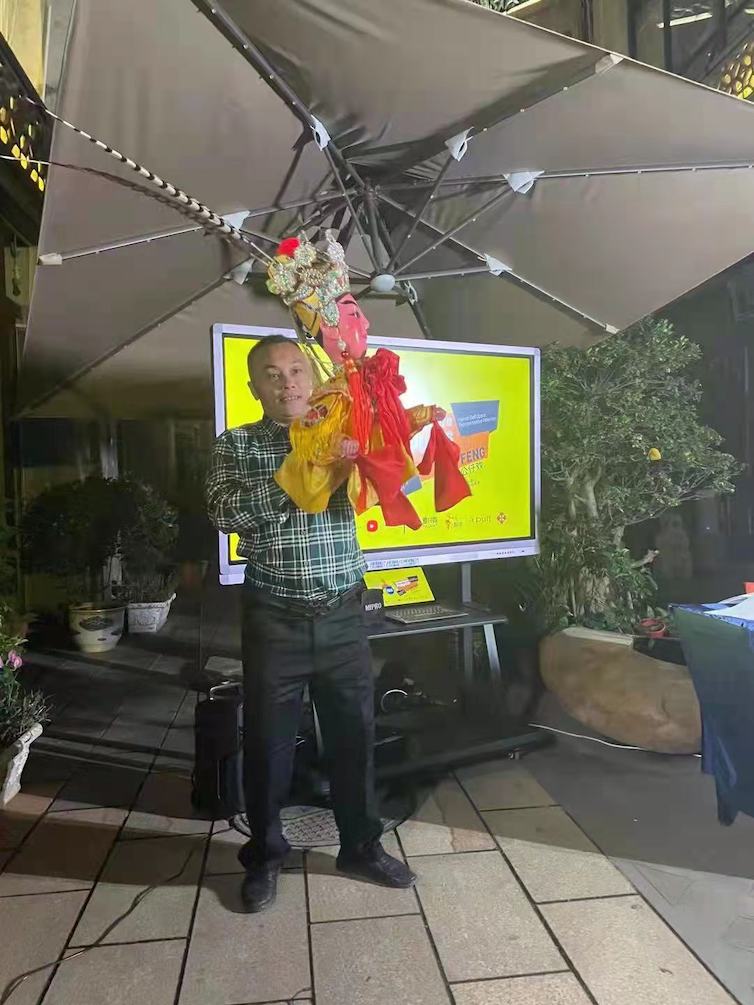 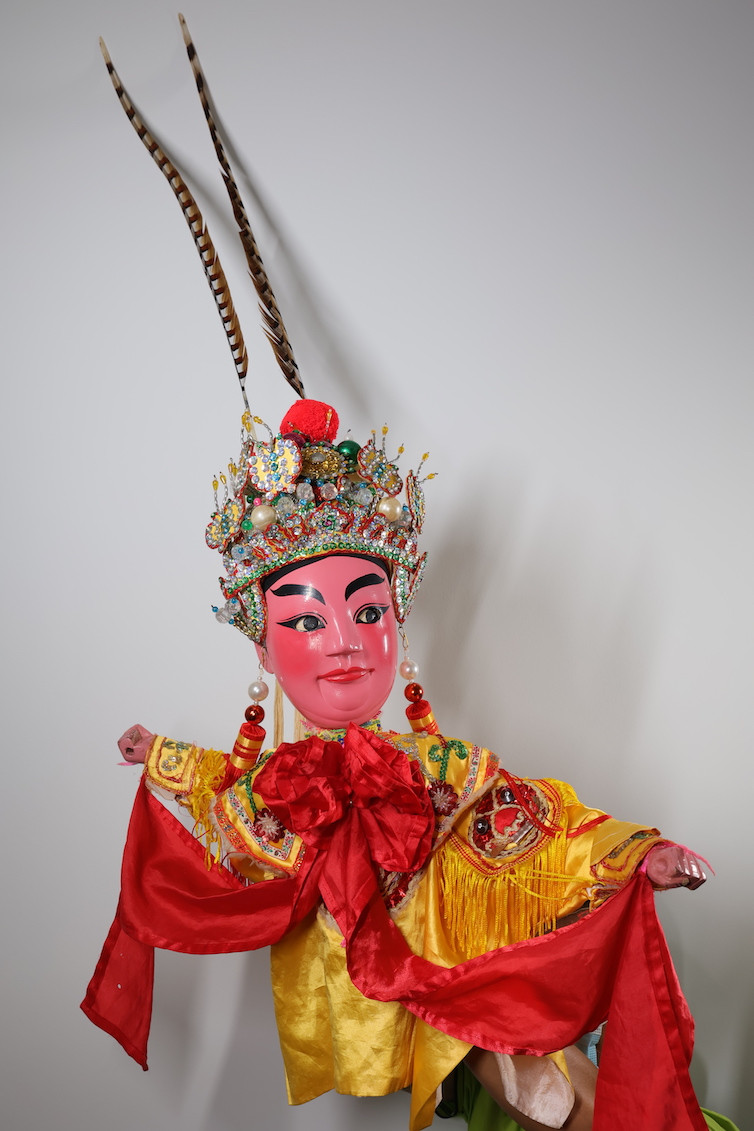 “The talk was supposed to be edited and put up on YouTube but I trusted my venue when they said they were capable of providing video recording. As a result, I've only got sound on the first 47 minutes,” Rosenberg added. 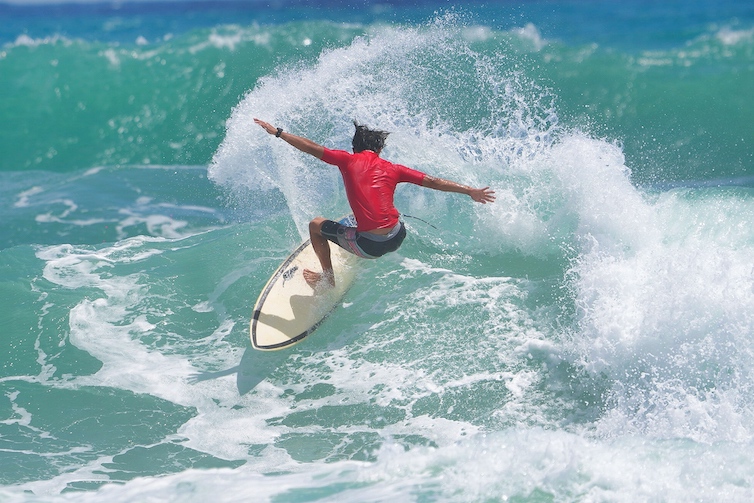 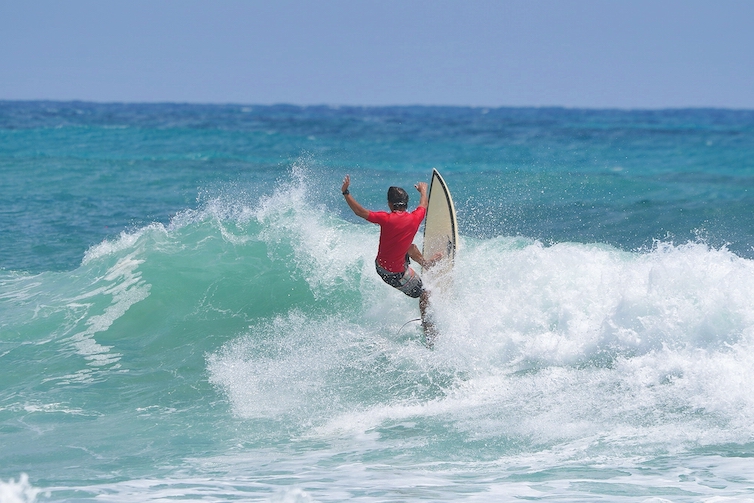 Tickets went on sale yesterday via Freeter and can be purchased via the QR code below. As of now 20 of the 65 tickets available are already sold, so make sure to buy one before they sell out. 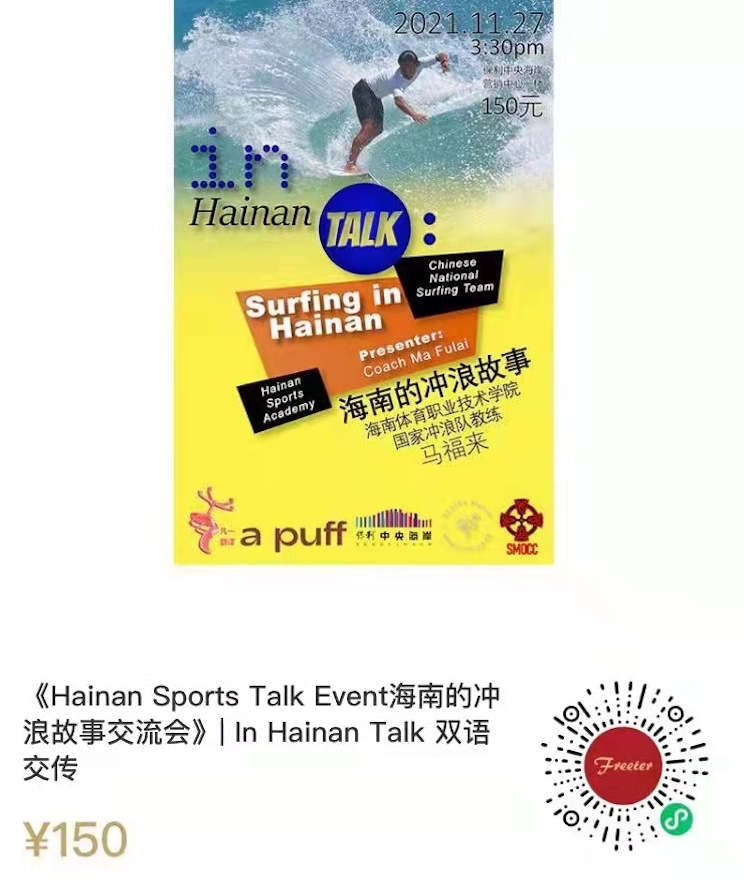 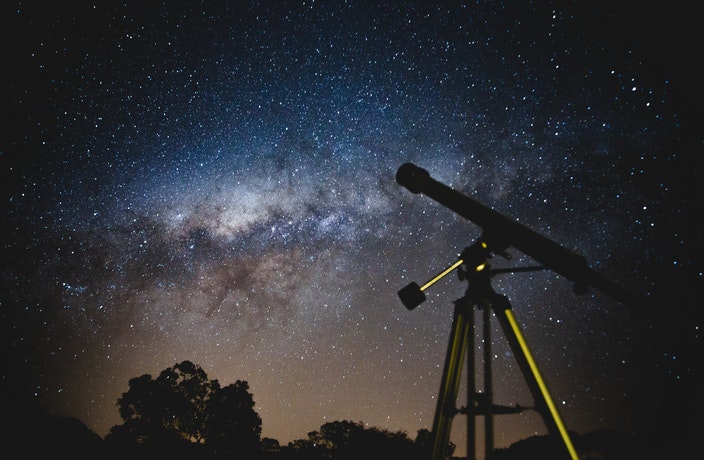 Top 10 Things To Do In Sanya This Weekend: Hot Air Balloons & More

Though we don't get changing leaves, we too can enjoy the chilly air and fun of fall.