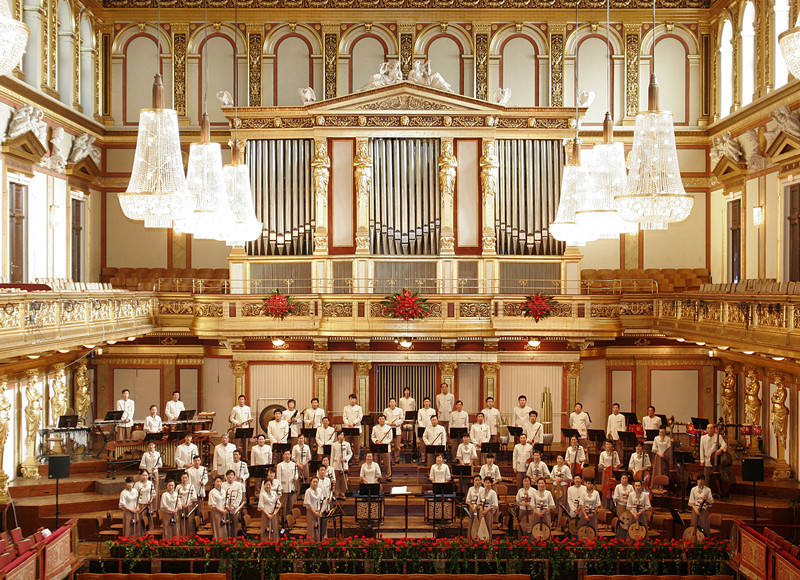 A large part of the essence of Chinese culture is hidden in ethnic music. The Guangdong National Orchestra of China will collaborate with director Wang Fujian and prestigious erhu player Yu Hongmei to bring a concert dedicated to the 56 ethnic groups in China. During the concert, representative songs selected from different ethnic groups in China will be performed. Expect a night rich in Chinese flavor.
// July 4, RMB80-180, 8pm. Xinghai Concert Hall, 33 Qingbo Lu, Ersha Island, Yuexiu District越秀区二沙岛晴波路33号 (8735 2222 ext. 886, www.concerthall.com.cn) 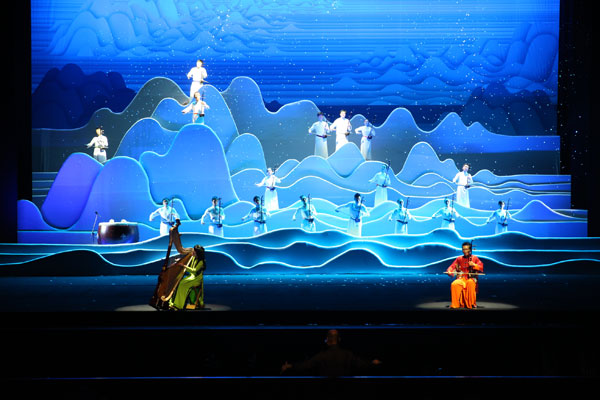 With six years spent on planning and three years on rehearsal, Impression – Chinese Music made a nationwide buzz quickly after its debut at the Beijing National Center for the Performing Arts in last August. In order to reincarnate ancient Chinese music, performers from China National Orchestra use historical instruments which are a different from what we normally see today. With Dunhuang murals paintings cast behind the performers and monologues added to explain stories behind the music, the show presents the most representative musical works from ancient China.
// July 4, RMB180-2,880, 8pm. Guangzhou Opera House, 1 Zhujiang Xi Lu, Zhujiang Xincheng, Tianhe District 天河区珠江新城珠江西路1号 (3839 2888, www.gzdjy.org) 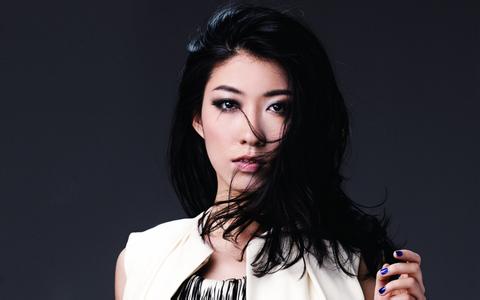 Born in Harbin but starting her music career in Vancouver, Wanting Qu is a Chinese singer-songwriter. The first Chinese artist to be signed to the Nettwerk label, in 2012 Qu released her first album, which went platinum in China within its first week on sale. After her debut concert in Guangzhou in 2013, Qu returns to the City of Flowers with her second album, Say the Words.
// July 5, RMB280-680, 8pm. Sun Yat-sen Memorial Hall, 259 Dongfeng Zhong, Yuexiu District 越秀区东风中路259号 (400 610 3721) 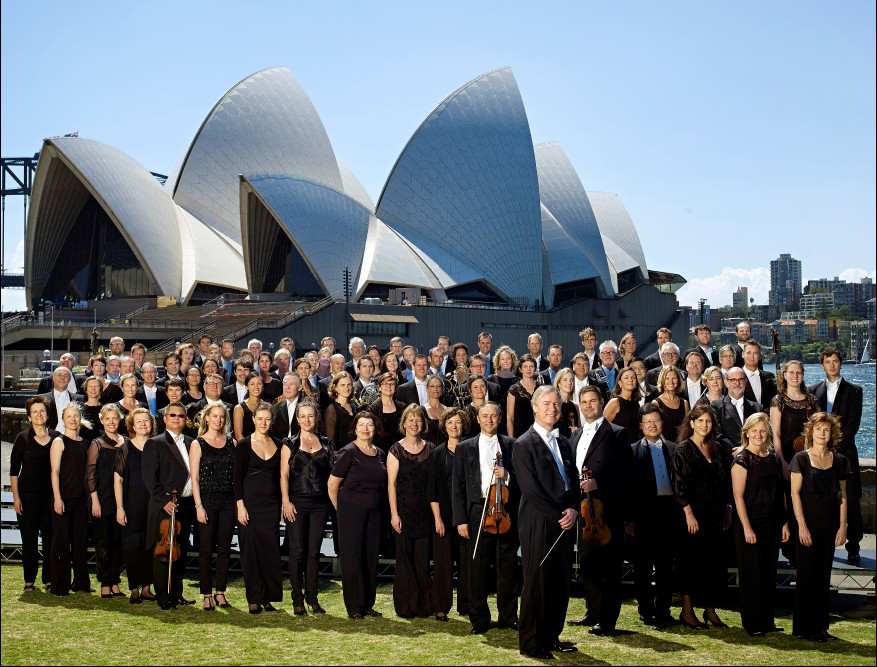 Brilliant young pianist Zhang Haochen successfully debuted at the Shanghai Concert Hall at the age of 5. At age 19, he became one of the youngest – and the first Chinese national – to claim the top prize at the Van Cliburn International Piano Competition. He will collaborate with the Sydney Symphony Orchestra and conductor David Robertson, a world-class conductor who has never performed in China before. Together, they will perform ‘Piano Concerto No. 5’ by Beethoven.
// July 5, RMB180-1,680, 8pm. Xinghai Concert Hall, 33 Qingbo Lu, Ersha Island, Yuexiu District越秀区二沙岛晴波路33号 (8735 2222 ext. 886, www.concerthall.com.cn) 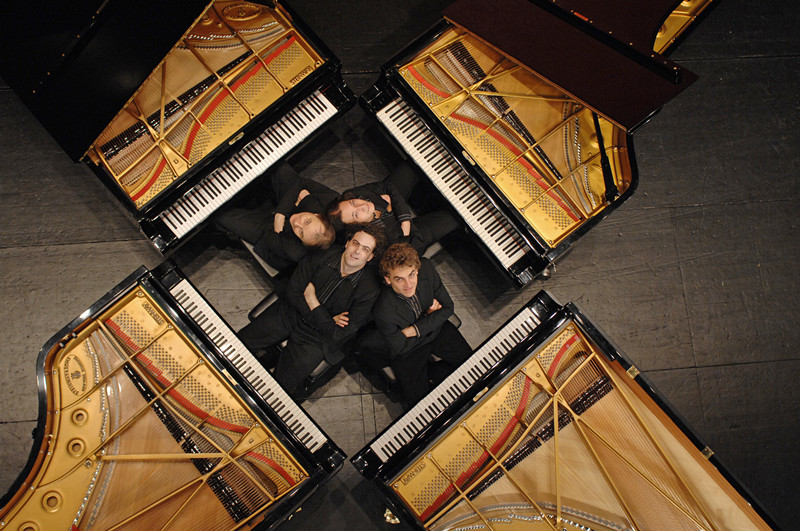 Formed in 1996, the Gershwin Piano Quartet is composed of four pianists: André Desponds, Stefan Wirth, Benjamin Engeli and Mischa Cheung. Besides playing, arranging and improvising on some of Gershwin’s most popular songs and orchestral works, the group also includes important works by some of Gershwin’s contemporaries like Igor Stravinsky and Maurice Ravel. Pieces by Rachmaninoff and Scriabin, as well as Gershwin’s magnum opus, Rhapsody in Blue, are among the works scheduled for the performance.
// July 6, RMB80-680, 8pm. Guangzhou Opera House, 1 Zhujiang Xi Lu, Zhujiang Xincheng, Tianhe District 天河区珠江新城珠江西路1号 (3839 2888, www.gzdjy.org)

Starting her formal music studies at the age of 5, this 1985-born pianist had her recital debut at the age of 11 and her concerto debut with the San Sebastián Conservatory Orchestra one year later. Today, she has become one of the most sought-after pianists in Spain, with a rising international career that includes concerts at the International Piano Festival of La Roque d'Antheron (France) and with the acclaimed Simón Bolívar Orchestra in Caracas (Venezuela). In her Guangzhou recital, she will interpret works from Wolfgang Amadeus Mozart, Ludwig van Beethoven, Enrique Granados and Isaac Albéniz.
//July 6, RMB80-280, 3pm. Guangzhou Opera House, 1 Zhujiang Xi Lu, Zhujiang Xincheng, Tianhe District 天河区珠江新城珠江西路1号 (3839 2888, www.gzdjy.org) 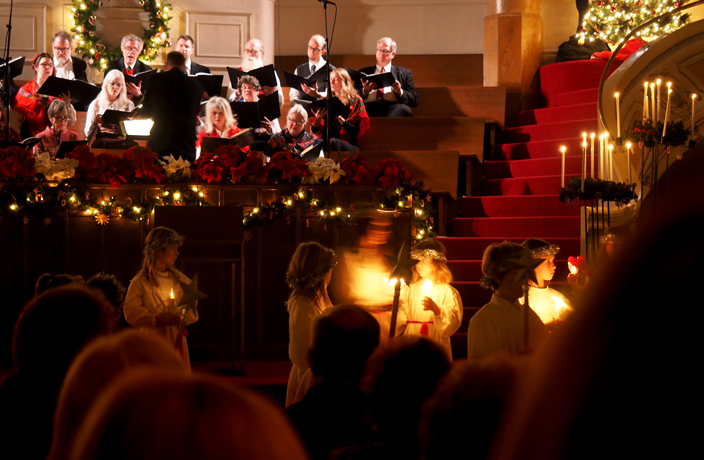