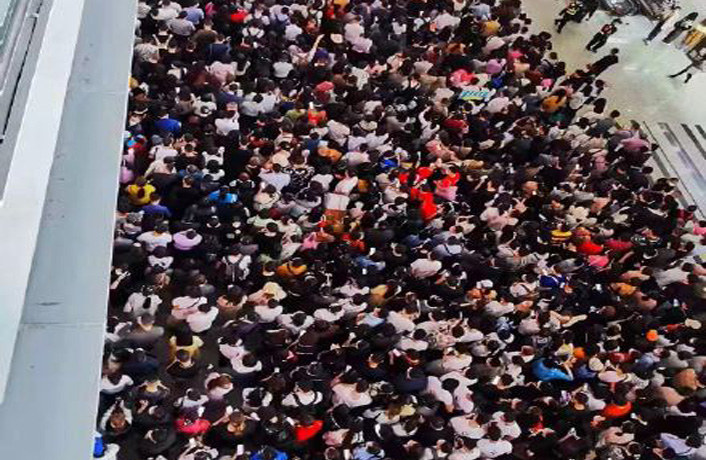 The Pazhou Exhibition Center in Guangzhou has gone into lockdown after a close contact was apparently discovered to have visited the venue.

Unofficial reports from various WeChat groups in the city claim that the visitor had a red health code and travelled from Shenzhen to Guangzhou.

The person switched their phone in order to obtain a green health code.

See a translated version of screenshots of WeChat groups, obtained by That’s, below.

Screenshots obtained via WeChat by That's, edited and translated by Lars James Hamer.

Weibo user @肖果爱玩吖 claims that tens of thousands of people are currently inside.

There are several videos of attendees escaping from the exhibition center in order to avoid being locked inside. However, when That’s tried to upload the videos, the Chinese firewall blocked them, stating the actions are classified as illegal activity.

The Guangzhou Convention and Exhibition Industry Chamber released a statement, saying that: “Due to the complexity and severity of the current epidemic situation, all exhibition activities in Guangzhou will be suspended from today. The exhibition organizers are requested to communicate with exhibitors and buyers to avoid conflicts and disputes. We will keep an eye on the development of the epidemic and release further information in a timely manner.”