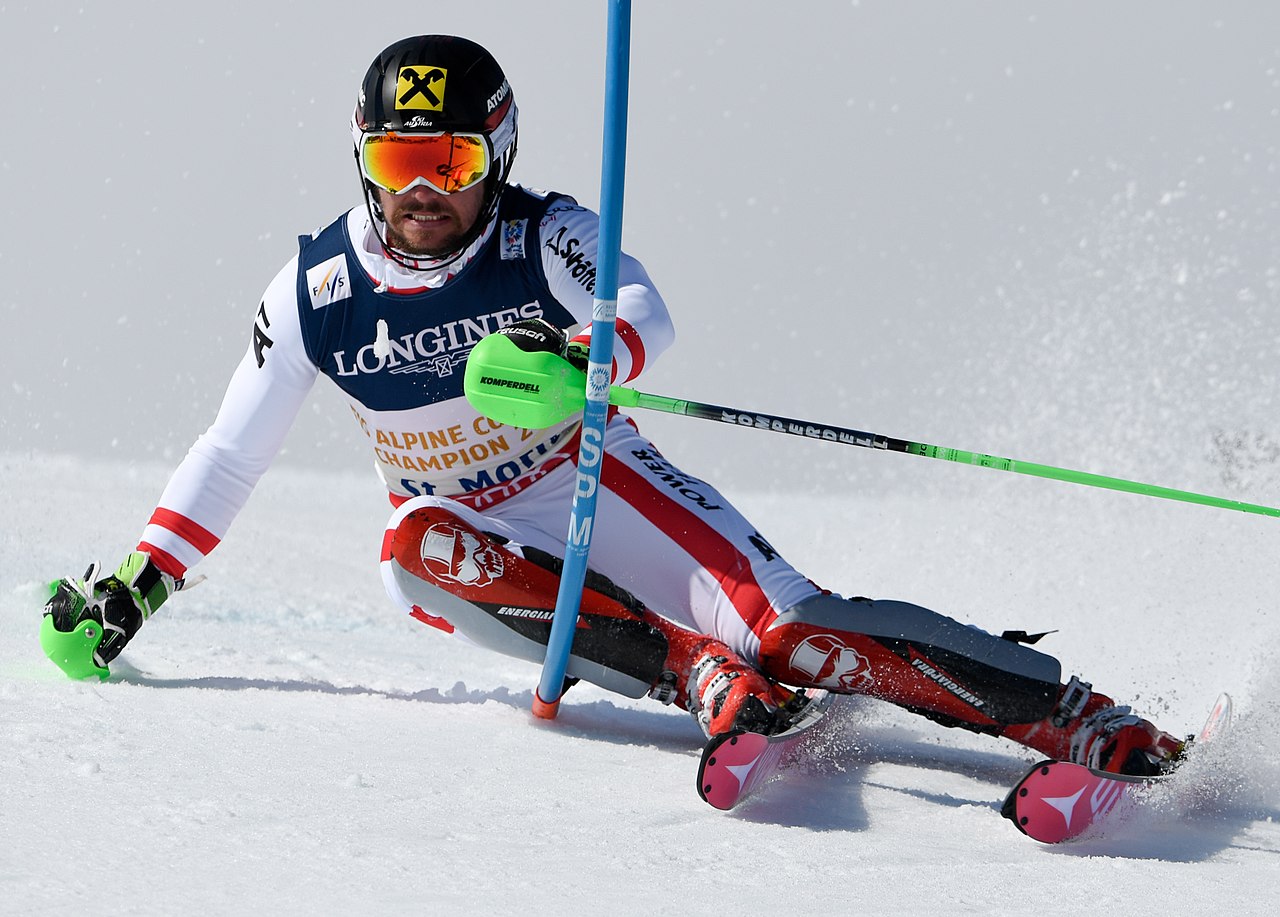 Cowbells at the ready! There are 11 events in the Alpine skiing competition at Beijing 2022 – men and women’s slalom, giant slalom, super-G, downhill and combined, and then mixed team – with 33 medals up for grabs.

The slalom and giant slalom are the technical events; the gates that racers must pass through being closer together, necessitating quicker and shorter turns, with them closest together in the slalom.

The technical events take place over two courses. Failure to finish or disqualification on the first course run, however, and a competitor does not advance to the second course. Of those that finish both courses, the fastest cumulative time from the two runs is the winner. Simple.

The super giant slalom – or super-G – and downhill are the speed events. In the super-G, the course is set so that skiers must turn more than in downhill, though the speeds are still much higher than in slalom amd giant slalom (hence super).

When it comes to downhill, it’s all about velocity, with speeds of up to 130 kilometers per hour common in international competition. Forget turning and technique, downhill is about courage… with a healthy dose of risk.

In the combined, skiers participate in one run of downhill and one run of slalom on different courses from those used in the downhill and slalom competitions. Like the slalom and giant slalom, only competitors who complete a successful run on the downhill portion advance to the slalom run. The times of the two runs are combined to determine final placements.

In the mixed team event, teams are comprised of two men and two women. Two teams compete against each other in a parallel slalom race, with two skiers racing one another on the same course simultaneously, side-by-side. Whoever crosses the finish line first is the winner. A proper race.

One of the biggest names in Beijing is the USA’s Mikaela Shiffrin, as the only skier in history with wins in all six FIS Alpine Ski World Cup disciplines. At the 2018 Winter Olympics she won gold in the giant slalom and silver in the slalom and combined, and is going for gold in all three in 2022.

She’ll be challenged by Switzerland’s Michelle Gisin, who won combined gold in Pyeongchang. In the downhill, Italian Sofia Goggia is looking to defend her Olympic crown against challenges from a Swiss pair of 2021 world champions: Corinne Suter (downhill) and Lara Gut-Behram (super-G).

And let’s not forget about Pyeongchang super-G gold medalist, the versatile Czech Ester Ledecká; she also won gold in the parallel giant slalom in snowboarding in 2018.

In the men’s, the retirement of double Olympic champion Marcel Hirscher of Austria throws it wide open, with Frenchmen Mathieu Faivre and Alexis Pinturault, who won silver in PyeongChang, looking to fill Hirscher's sizable ski boots.

Other names to look out for include two Austrians: reigning super-G and downhill world champion, Vincent Kriechmayrl; and reigning Winter Olympic super-G champion, Matthias Mayer. With five Winter Olympic medals, Kjetil Jansrud of Norway is not to be ruled out either.

Hope will be resting on Zhang Yangming and Kong Fanying, veterans of the 2018 Winter Olympics, and their teammates Xu Mingfu and Ni Yueming, but it is hard to see them challenging those big names.