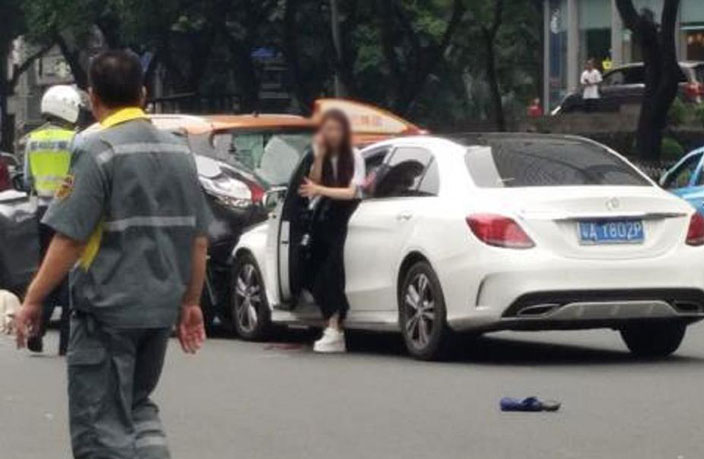 In the aftermath of yesterday’s disturbing car accident that injured 13 pedestrians in Guangzhou, netizens have reacted to the incident by calling into question the driver’s footwear.

Video footage at the scene of the accident yesterday revealed that the woman, surnamed Ding, who drove the car through a crowded pedestrian crosswalk in Tianhe district, was wearing platform shoes (usually not recommended while driving). 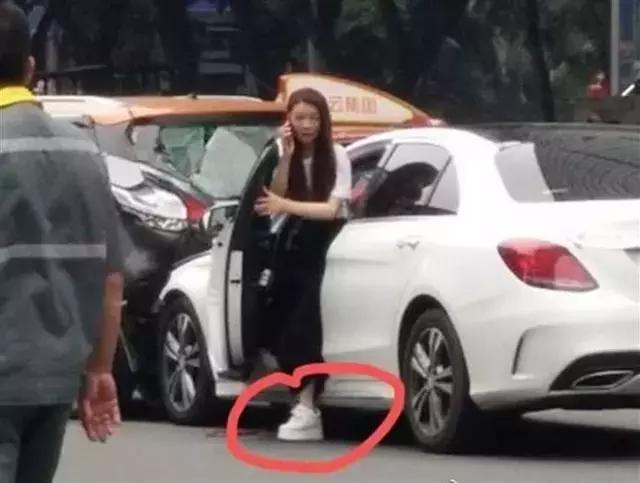 In a confession to police, Ding told authorities she had lost control of the car after accidentally switching gears while reaching for a water bottle in the backseat.

Photos of a similar looking shoe began surfacing online, including the words ‘Guangzhou five gear female driver’ in the description. We did a quick Tmall scan to find these hot kicks, but came up empty handed.

Immediately after the accident occurred, netizens began dredging up information on the woman, posting photos of her ID card on Weibo that included her home address. Other netizens revealed that Ding is a prominent teacher at the Guangzhou Textile and Garment Vocational School.

Netizens had choice words for the driver after the incident made the rounds on social media, with one Weibo user writing, “It’s wrong to wear high heels or platform shoes while driving, this female driver is possibly new to driving or absent-minded. To accidentally step on the gas and injure several people, she ought to have to retake her driver’s test.”

Others began bashing female drivers in general, writing comments like the ones below:

“I have a driving license, but I’m still afraid of female drivers. Wearing such thick shoes to drive, what a weirdo.” Screengrab via Weibo.Translation by Ching Tang for That’s

“This female driver has reminded me of a super awkward story. I always tell my son to be cautious and stay away from women driving cars. One day, when we were walking through a parking lot, my son yelled: Dad! It’s a female driver! Run!” Screengrab via Weibo. Translation by Ching Tang for That’s

But while some are quick to throw shade at female drivers, statistics compiled by a UK-based road safety charity reveal that men account for 73% of worldwide road traffic deaths, as pedestrians, cyclists and as drivers.

Meanwhile, one netizen kept it simple and to the point by writing:

“Whether it’s green light or not, people should look at the cars when crossing the road. If you don’t think the crosswalk is green, then be safe.  Don’t look at your cell phone and be sure to cross as fast as you can.” Screengrab via Weibo. Translation by Ching Tang for That’s

As of press time, no updates from the police investigation have been published since yesterday afternoon.