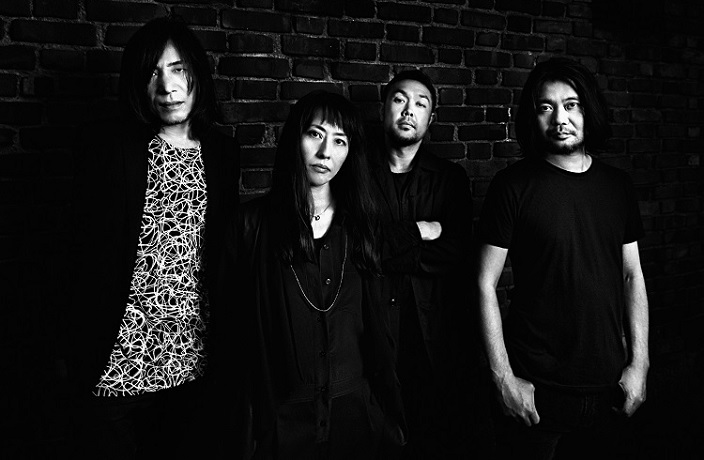 Just two years after unleashing the companion discs The Last Dawn and Rays of Darkness, Japanese post-rock legends Mono are already back with their ninth album, Requiem for Hell.

"Inspiration is always sudden and without notice,” songwriter and guitarist Takaaira ‘Taika’ Goto explains. “If I miss that moment, nothing similar ever comes back. This time, before losing that moment, I made notes of every single melody and sound I was hearing in my head.”

"At the same time, I started to feel as if these things were already existing in my heart. With the melodies in my head, it was a series of really pleasant experiences of my emotions getting released from inside. Even while traveling the world in cars or staying at hotels, I kept getting that same feeling.”

Comprised of songs written during “a flood of inspiration” last year, the double album takes its cues from Dante’s Divine Comedy.

“With this album, I portrayed life and death,” Goto explains. “How should one live? What happens when the body decays? Where will our souls go? What is body and soul? What is the meaning of new life?”

Over a celebrated 17-year career, Mono has developed a grandiose sound that has been described by NME as “music from the gods.” For Requiem for Hell, the quartet looked to their past, linking with members of a Chicago orchestra to reintroduce strings to their sound, which was memorably captured on 2010’s live album, Holy Ground: NYC Live with the Wordless Music Orchestra.

They also resumed their working relationship with iconic producer Steve Albini (Nirvana, Pixies, P.K. 14) who produced three of their albums from 2004 to 2009. The reunion was spurred by last year’s co-headlining tour with Albini’s group Shellac in Japan, and Goto raves about the relationship.

“Once again, we were reminded that (Albini) is the person who best understands Mono’s music,” he says. “We feel that this album has the best sound in our discography.”

Sharing an aversion towards digital recording, Goto praises Albini as “a magician when it comes to analog tapes.”

“Without a doubt, he captured everything perfectly, from our air-shaking sounds as a band to our emotions, feelings and even the wordless communication between the band members when we perform. He’s truly the best engineer there is for this.”

Slated for an October 14 release, Requiem for Hell’s world tour kicks off with a seven-city tour across the Mainland that stops off in Beijing (Oct 13-14 @ Yugong Yishan), Shanghai (Oct 15 @ MAO Livehouse) and Shenzhen (Oct 22 @ B10).

“For the past few years, every time we release a new album, we start our world tour from China,” Goto explains. “China is a very interesting country filled with history. Every city has a different and unique mood. Everything about it is very original and powerful. Even food in China tastes different in each city, and it's all really tasty.”

While the group’s records are consistently critically acclaimed, Mono’s mighty reputation stems from their epic live shows that routinely pack venues across the world.

“Music is about experiences,” Goto says. “Witnessing extremely loud sounds live is one type of experience. It’s almost like seeing a spark of thunder in a quiet night sky, then hearing the echoes of loud thunder. It’s beautiful, yet crushing – an unusual experience.”

“At the same time, subliminal music is extremely spiritual. Every sound and melody start to soak into every cell in your body, takes them subconsciously and moves them. Music can speak to everyone more eloquently than words. It’s close to philosophy. It’s a gift from God.”