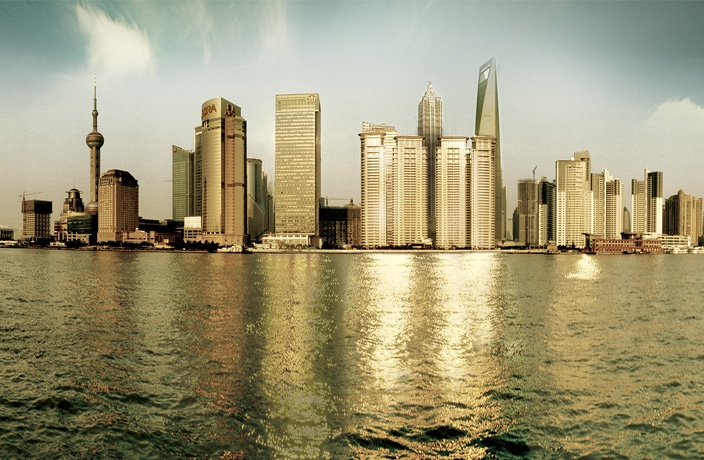 With the ever-rising value of Chinese property, owning a home on the mainland is an increasingly attractive prospect. Many, however, are confused about the laws governing property ownership – and we’re not just talking about expatriates.

Investing in a housing property is a difficult decision, particularly when you consider the soaring prices. These prices are in part due to the 350 million people that are predicated to migrate from the countryside to China’s cities between 2005 and 2025, according to management consultancy McKinsey.

Whether buying old mansions or brand-new apartments, you will need to look into the nuts and bolts of Chinese policy. To solve this purchasing puzzle, we spoke to Li Xiaolin, a lawyer with 10 years of housing property expertise in Guangzhou's Lawsons Law Office.

The Question of Ownership 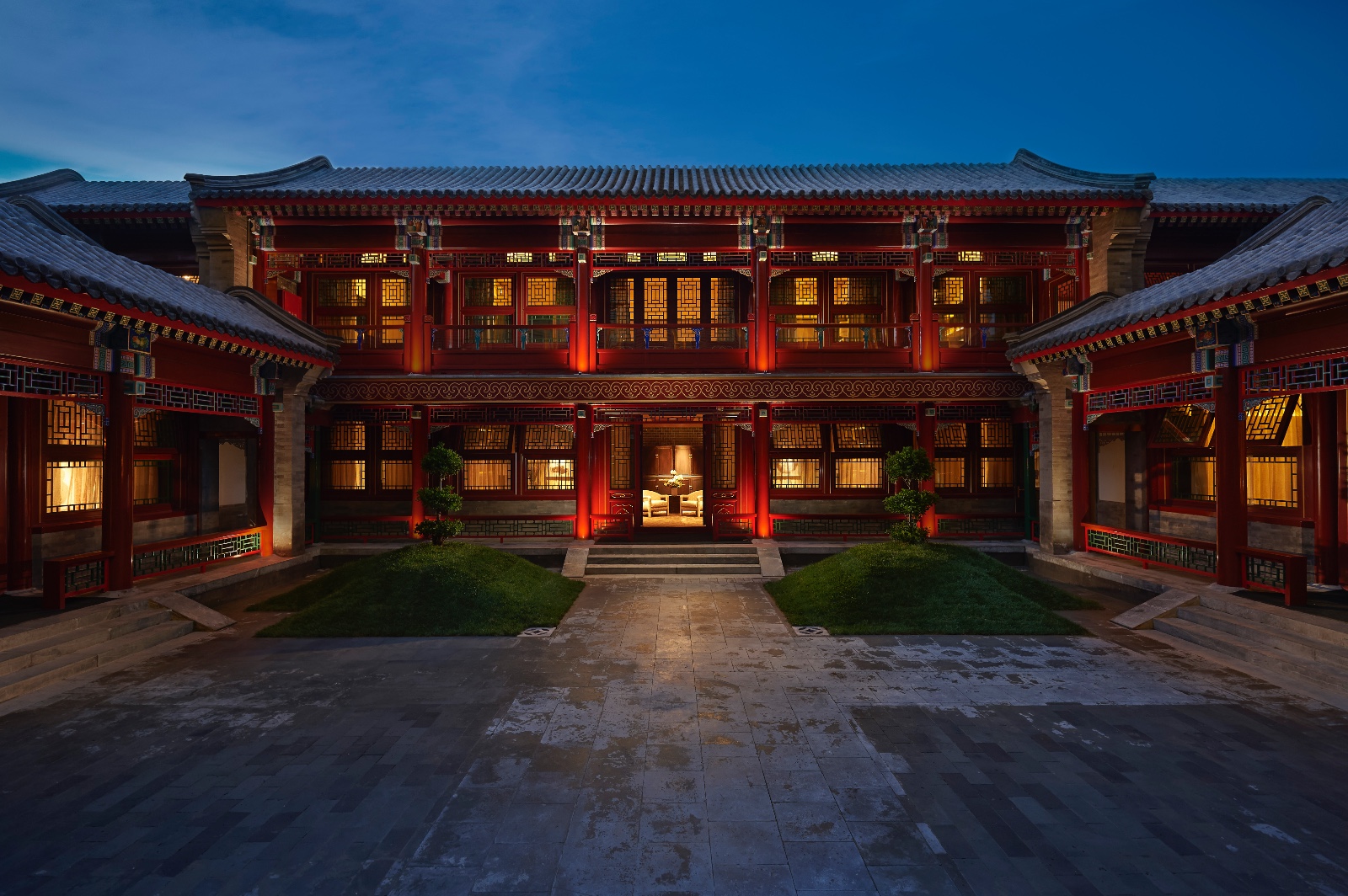 Officially, the PRC is still a socialist country; a ‘people’s republic’ led by the proletariat. So, what does that mean in real terms?

Here’s the bottom line: nobody can own land but the state. That’s the official position. Instead, companies and individuals lease land from the government for defined periods of time and pay taxes for using it. How much tax depends on the type of buildings erected on the land, varying from offices and residences to factories, as stipulated in the Property Law of the People’s Republic of China.

Any housing bought is built upon state-owned square meters. Because of this, one of the most frequent concerns for potential buyers is whether their purchases might suddenly be reclaimed.

Li, however, is reassuring on this point: “The ownership of a property is indubitably full, with fees paid for using the land occupied varying according to the nature of the property, i.e. industrial, business and residential properties. Urban land used for constructing these three categories of building is leased from the state for 40-, 50- and 70-year terms respectively.”

Put simply, anything you buy, you own, despite the fact that it is upon leased land – and if that still worries you, rest assured that when the lease runs out, it is automatically renewed, at least for land used for “construction for dwelling houses.” (Land not used for construction of dwelling houses is “renewed according to legal provisions.”)

People in possession of beautiful old structures that were erected long before the current regulations came into effect, like Beijing’s siheyuan (courtyard homes), Shanghai’s lilong (lane houses) and Guangzhou’s Dongshankou red-brick edifices, were required to register their holdings in May 1990, and the timer on the lease started from that point.

It’s worth noting that when a building is transferred from one person or company to another, the lease is not reset. It still stems either from May 1990 or when the land was originally rented from the state.

All of the above is stated quite clearly in the Property Law of the PRC.

What is less clear is what the fee to extend the lease will be and how exactly the whole process will work, since nobody has yet seen the law applied. Or as Li puts it, “no payment of land use fees has been witnessed and its regulations are yet to be specified.” 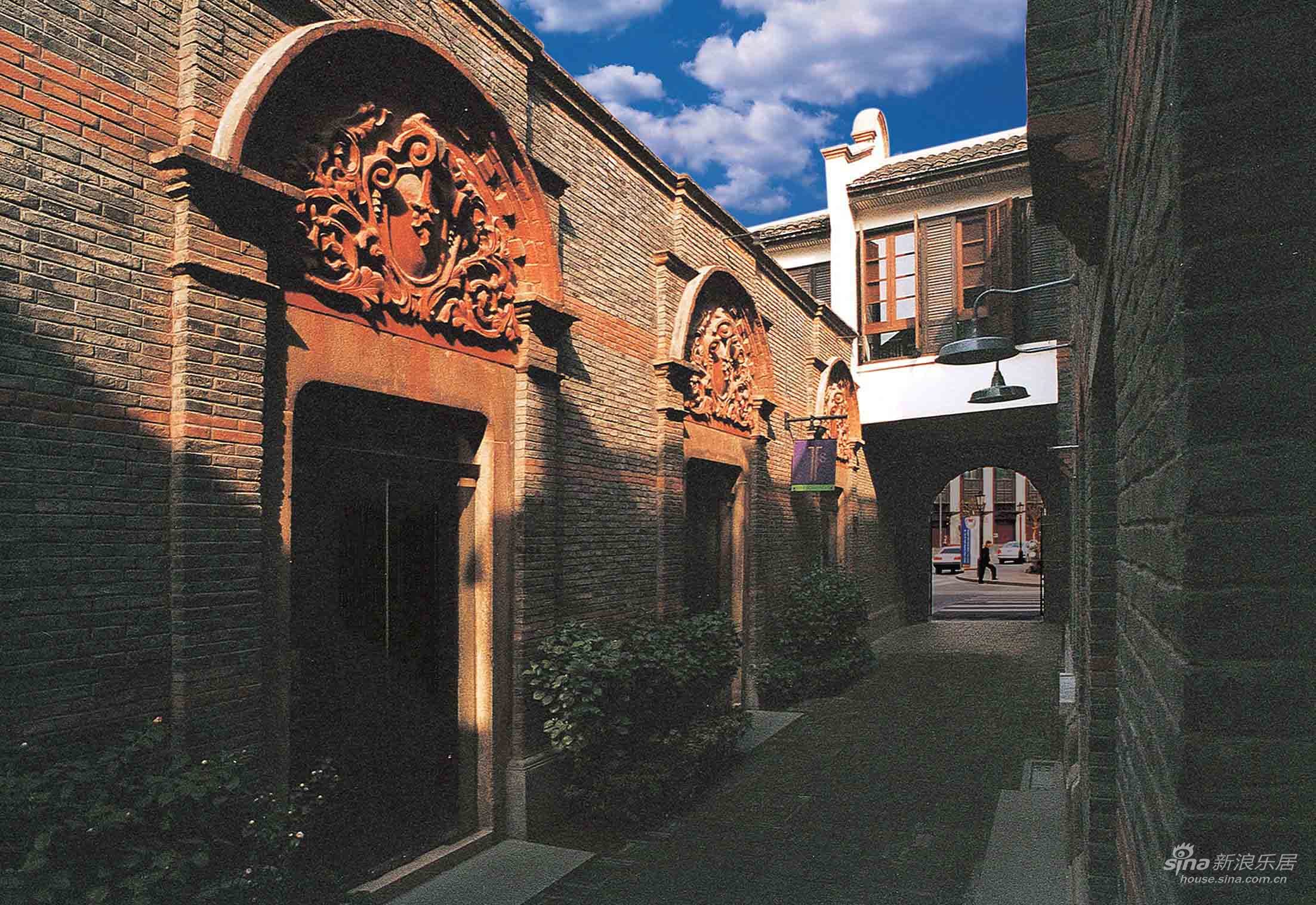 First the good news: property tax is not levied in China’s cities, except for in Shanghai and Chongqing. Nevertheless, there are a lot of other fees, especially for expats.

Deed tax is 1.5 to 5 percent, varying by city. Buying a standard apartment for the first time in Guangzhou comes with a 1.5 percent deed tax, though this is lowered to 1 percent for apartments smaller than 90 square meters. For villas and other luxury real estate that exceed 144 square meters, the tax rises to 3 percent.

Although buyers don’t pay commission to developers, they pay 1 to 3 percent commission to the real estate agent, while vendors pay the same fee to the agent and 5 percent capital gains tax if the home is owned for less than five years.

Since 2010, foreign buyers have to pay a 7 percent urban maintenance tax as well when buying a property in cities. Moreover, they will be charged a 0.1 to 0.3 percent notary fee. 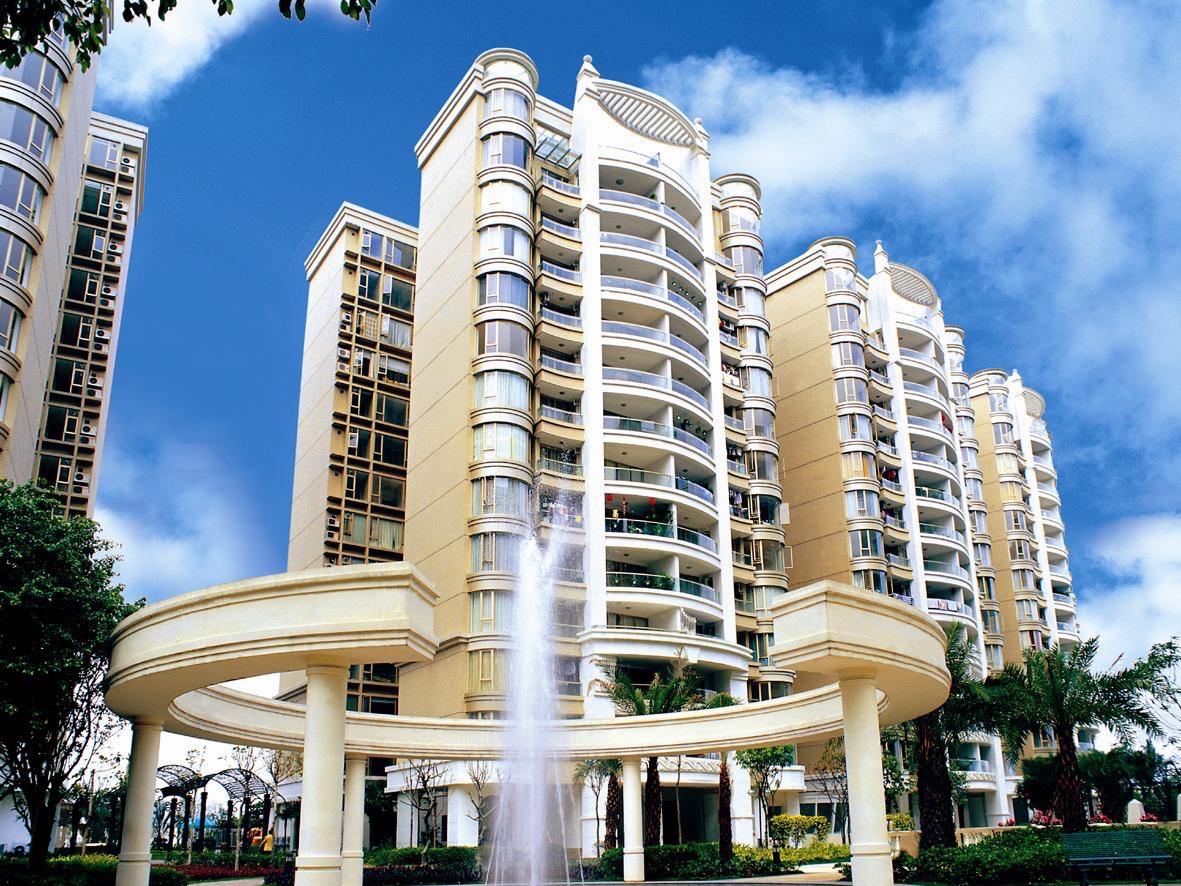 The policy regarding foreign companies and individuals purchasing property in China has gone up and down a lot in the past decade.

Although expats are now officially able to buy more than one home, restrictions vary in different cities. In Guangzhou, those without a local hukou (household registration) can only buy one property, effectively limiting foreigners to a single purchase.

On top of the legal residence permit, expats need to prepare a declaration form proclaiming that the property is solely for their own use, while residents from Hong Kong, Macau and Taiwan must supply a certificate attesting income tax paid for 12 consecutive months in the city, according to Li.

While this may seem restrictive, the policy regarding migrant Chinese is actually harsher. “Those who don’t have a local hukou are not entitled to buy properties until they pay income tax or social insurance for three consecutive years,” says Li. “They are limited to purchasing only one property in contrast to two for those with a local hukou.” 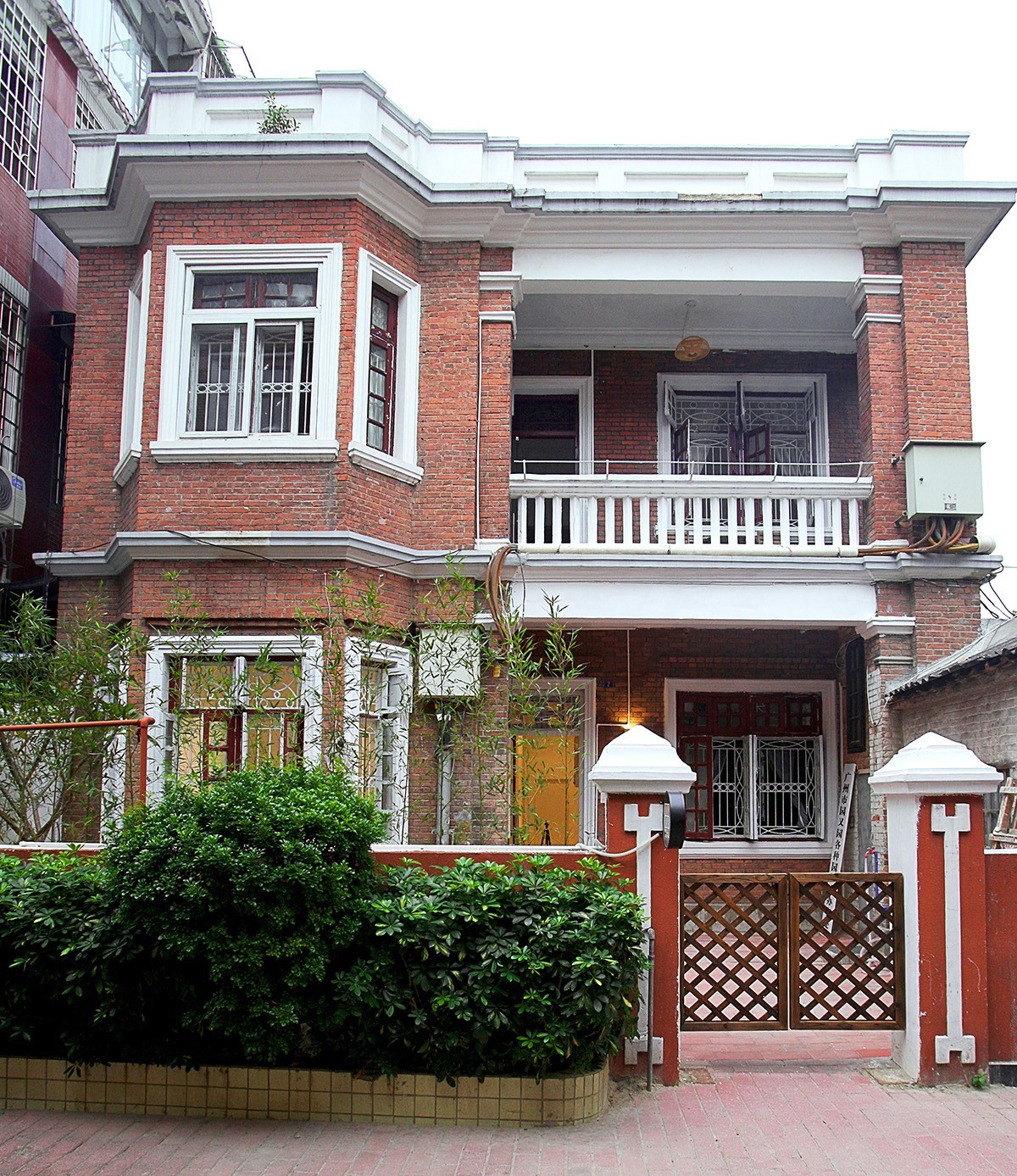 Local banks such as Bank of China and Industrial and Commercial Bank of China offer renminbi-denominated mortgages only, with interest rate starting from 5 percent.

Multinationals such as HSBC and Standard Chartered, and regional lenders such as Bank of East Asia and DBS, offer mortgages in foreign currencies, including Hong Kong and Singaporean dollars. Foreign banks have a limited presence in China but compensate by offering personalized service, loan applications and other materials in English.

To qualify for a mortgage, you must prepare an income tax certificate to prove payment of 12 consecutive months’ taxation, in addition to a residence permit and work permit that prove you have lived in China for at least one year.

For your first home, you will have to make a minimum 30 percent down payment, which is challenging considering foreign exchange rules limit expatriates to converting USD50,000 into renminbi per year. (Exceeding this amount requires approval from the State Administration of Foreign Exchange.)

From Mud to Moola 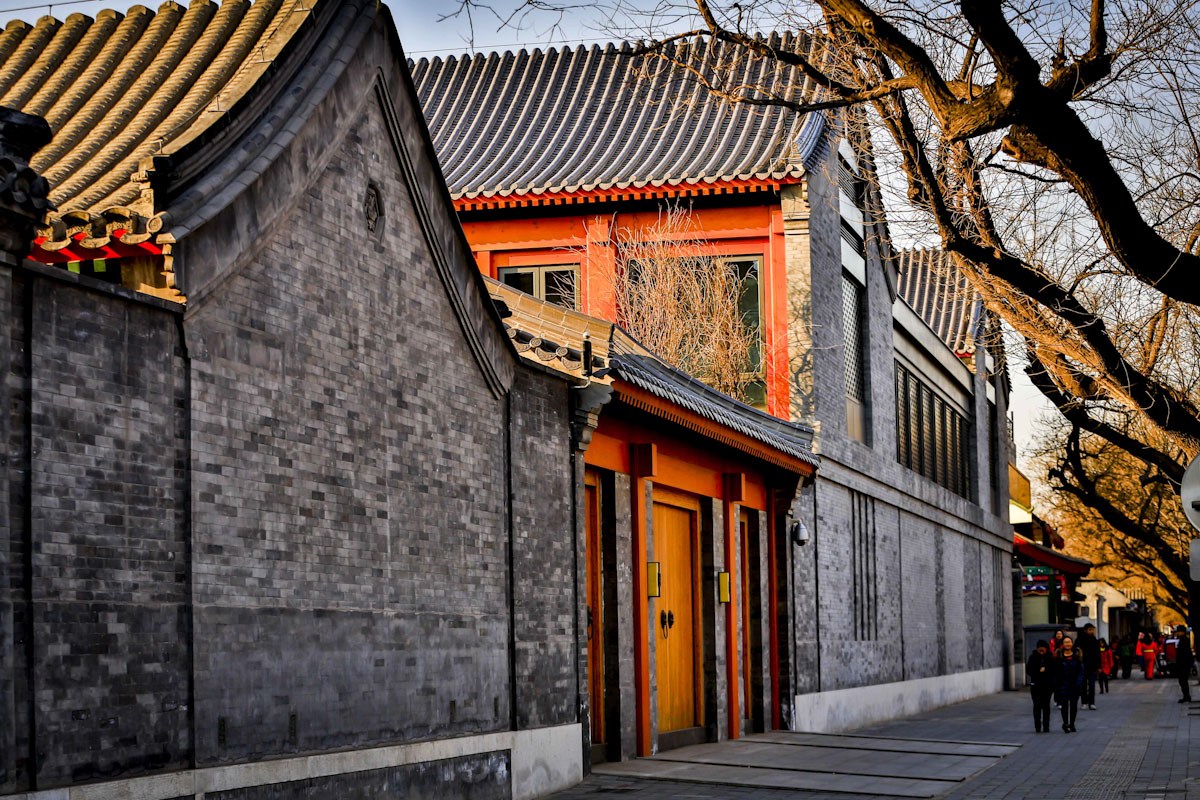 It’s common knowledge that today poor peasants can make millions off the sale of their land. Developers, eager to snap up suburban space on the edge of the country’s metropolises, pay huge amounts to secure what were once arable farms, turning them into fancy new villas and modern apartment blocks.

Hold on, didn’t we just say that nobody can own land in the PRC? Well, it turns out Chinese farmers sort of can: when it comes to rural areas, collectives are entitled to sell land in the free market, thanks to the Household Contracting Responsibility System. This regulation, which also applies to urban villages, came into being in the late 70s, before being adopted nationwide in the 80s as part of Deng Xiaoping’s economic reform policy.

The Law of the PRC on Land Contract in Rural Areas provides legal guarantees for farmers' long-term and secured land-use rights. That’s how former tillers of the soil can become independently wealthy overnight. 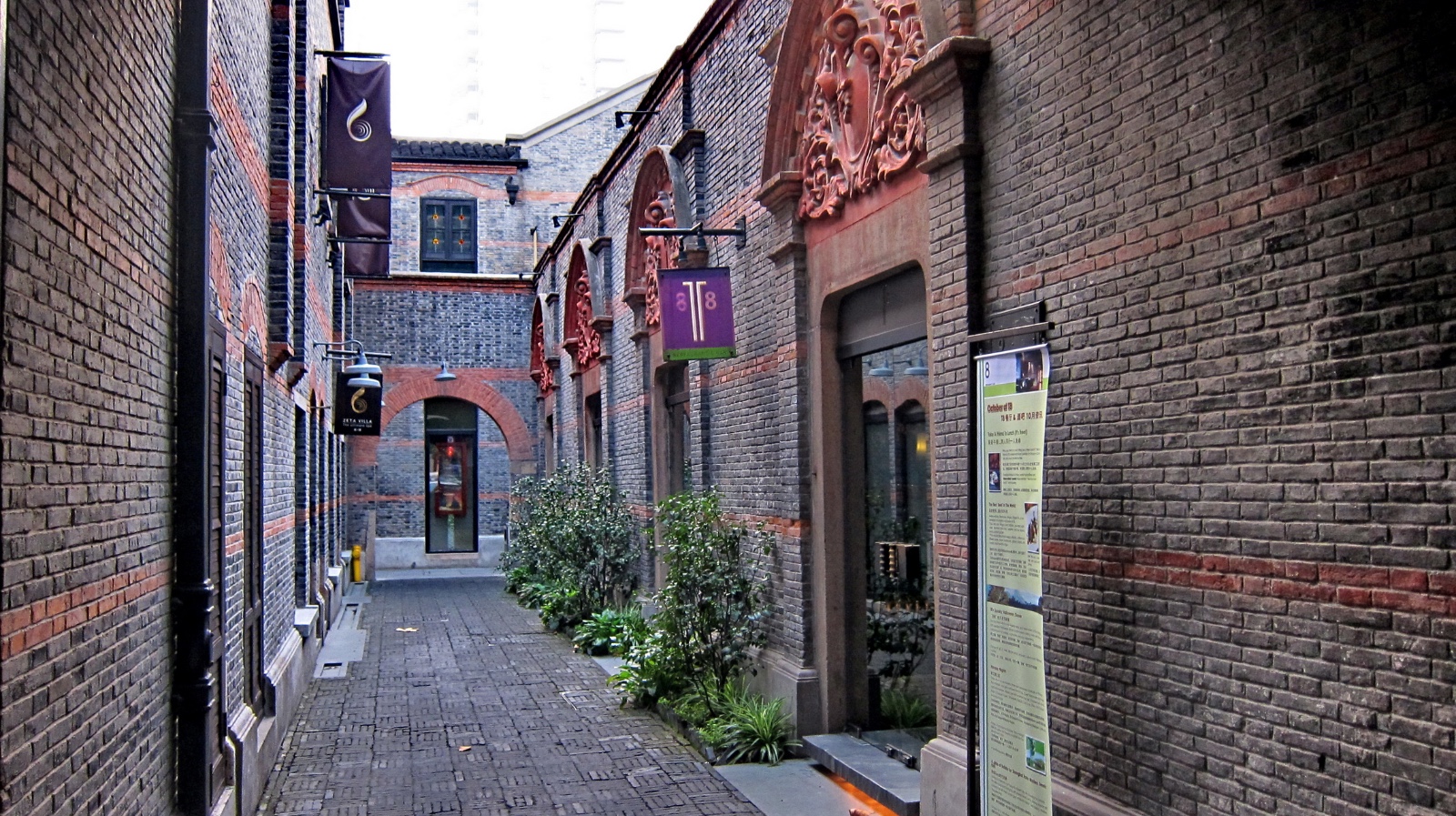 A duplex villa in downtown Seattle owned by Bill Gates is worth USD500,000 (approximately RMB3 million). This amount can barely buy a 90-square-meter apartment in Shenzhen’s far north Longhua District. A villa in an upscale housing estate in New Zealand costs NZD400,000 (approximately RMB1.7 million), equivalent to a pre-owned 90-square-meter apartment in non-central neighborhoods of Beijing.

> Read this for more: Hong Kong-based Christopher Dillon is a Canadian writer, entrepreneur and author of the book series Landed. His book Landed China, released in 2013, includes cases studies and data about property purchased by expatriates in China.