The curious event we will be exploring in this edition of 'Tales from the Chinese Crypt' occurred in Duxi Forest, in Guizhou province, on November 30, 1994.

According to witness reports, several fireball-type aerial objects were observed careening toward earth, accompanied by a deafening rumble. While it seems that the objects did not reach the earth’s surface (no debris was recovered), they allegedly came very close and caused considerable damage in the process.

The fireballs, according to accounts, removed a 3-kilometer-long swath of trees from the forest, breaking them down at roughly the same height. Curiously, some trees in the felled area remained standing, as seen in the image below. 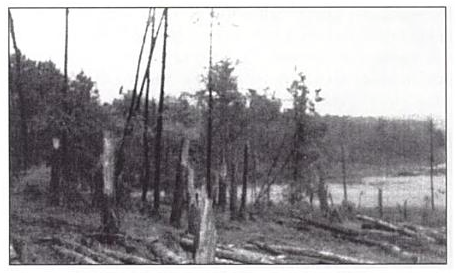 Another consequence of the flying fireballs was the extensive damage caused to nearby buildings, literally ripping a brick wall off a nearby railroad engine house. Mortar and bricks from the pulverized wall were eventually located nearby but several pieces of metal and glass were never found and are assumed to have disappeared entirely.

If that wasn’t strange enough, the remainder of the railroad building, plus the 50 tons of equipment housed within, had been moved close to 20 meters from its original location. Much of the heavy materials stored inside the brick building had been bent or cut beyond recognition. According to various accounts we found online, the absent materials were never located and the flaming aerial objects were never seen again.

The strange circumstances surrounding this particular story have captured the imaginations of UFO investigators across the Middle Kingdom and beyond. It’s understandable, because how often is a brick building moved 60 feet?

While this story is indeed strange, it’s not the first time a fireball from the sky has caused damage to buildings. A recent(ish) event with similar (and arguably more serious) effects occurred over Chelyabinsk, Russia, in 2013, when a 20-meter-wide meteorite collided with Earth's atmosphere, injuring roughly 1,500 people and damaging thousands of buildings.

Another notable meteor occurrence is the Tunguska event of 1908, which is credited for flattening 2,000 kilometers of forest in the Eastern Siberian Taiga. Although an impact crater has never been located (similar to ‘the Guizhou incident’ in this regard), this event is generally attributed to an asteroid or comet that burst at a mid-air altitude of 5 to 10 kilometers above the earth’s surface.

While it is difficult for the meteor explanation to cover all the claims associated with ‘The Guizhou Incident’ (as it’s come to be called), it remains a strong candidate, particularly if you consider that witness testimony is often fault-ridden and inconsistent.

According to UFO Casebook, various witnesses of the Guizhou fireballs recalled the phenomenon differently. Some observers reported the spectacle lasted only five minutes, whereas other onlookers thought the event lasted a lengthy 30 minutes. A psychologist at the scene performed an experiment on witnesses, asking them to close their eyes, relive the experience in their mind and say stop when the event was over. The test demonstrated that even the longest review process took no longer than 20 seconds, leading the psychologist to conclude the witnesses were not lying – they were deceived by their senses. 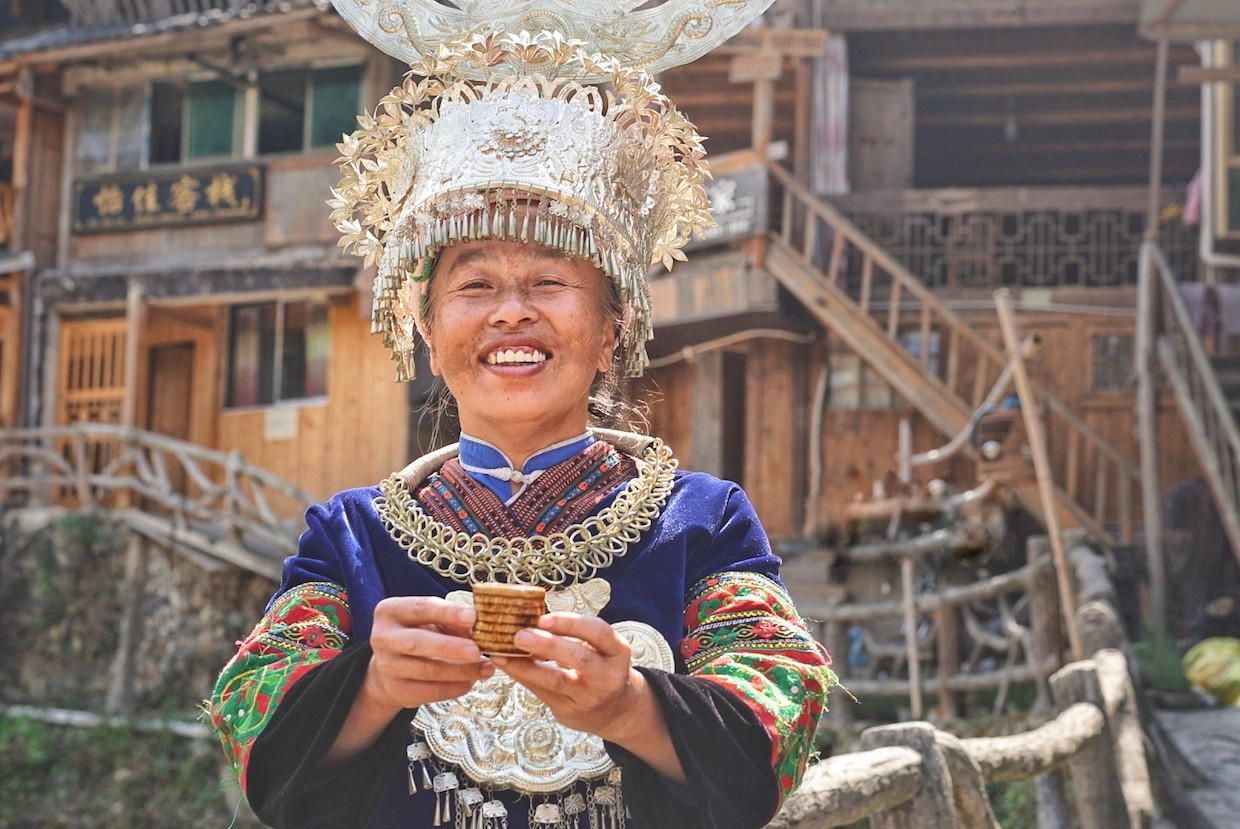 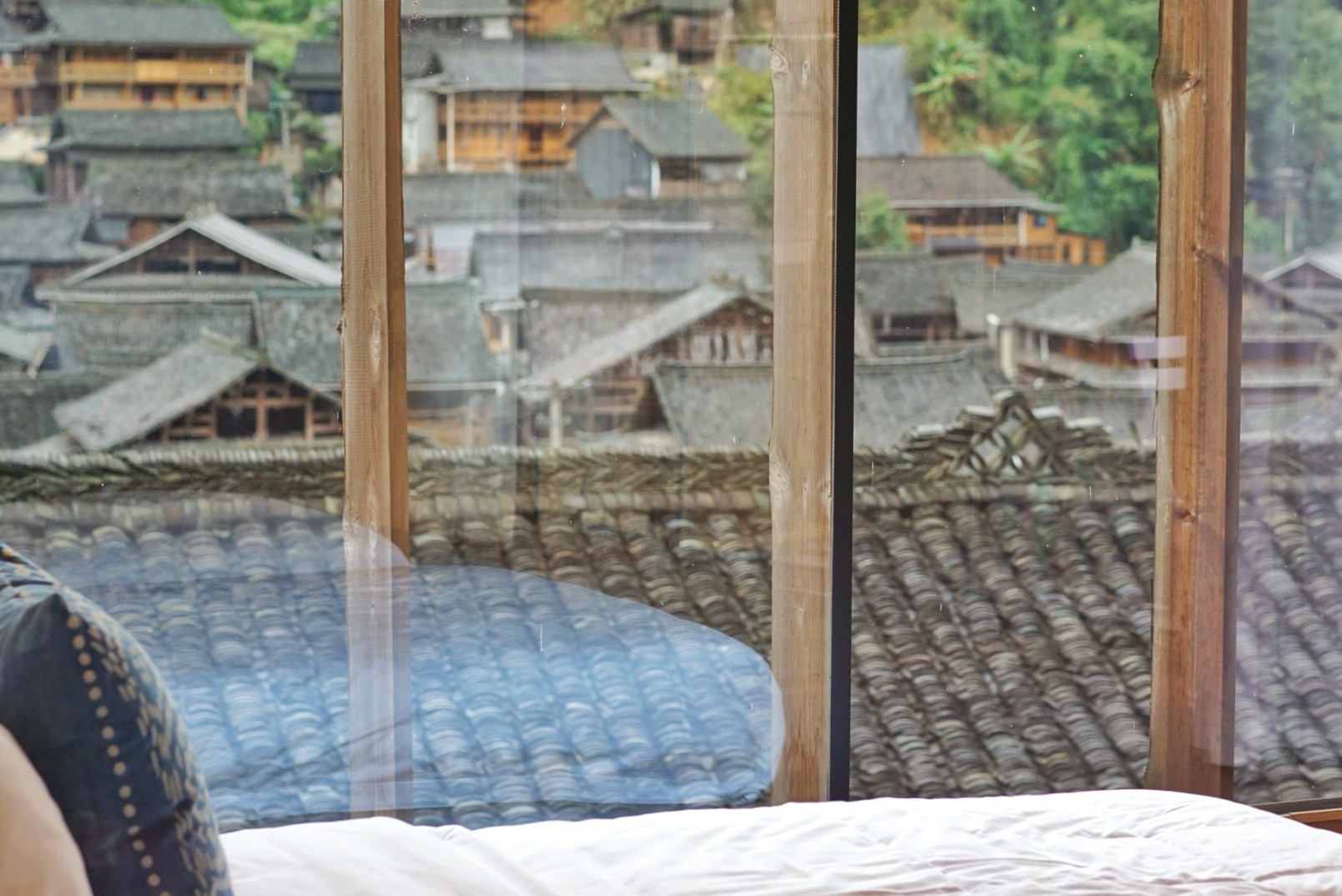