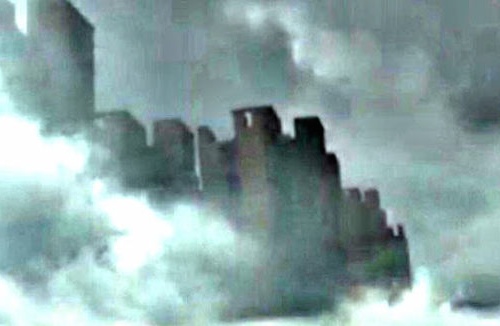 Imaginations are running in overdrive in Jiangxi and Foshan (and around the world for that matter), after thousands of residents reported seeing a ‘floating city’ hovering in the sky earlier this month.

Numerous images have surfaced, along with a grainy video, showing shadowy skyscrapers standing ominously in the clouds. Suggested explanations have so far included a dimensional rip, an anomaly in space time, a matrix glitch and a mysterious new world order project being conducted by NASA (conspiracy fans Google ‘blue beam project’ for more info). 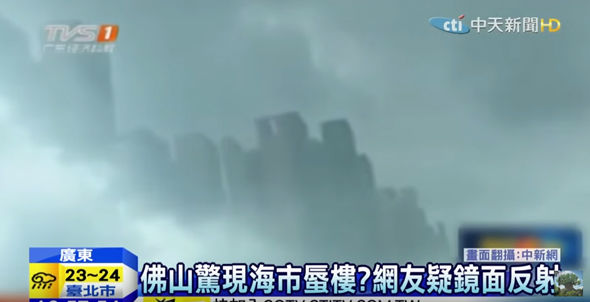 Unfortunately for conspiracy theorists (and thankfully for those of us who prefer a scientific explanation), it appears the ‘sky city’ was nothing more than a rare type of optical illusion called Fata Morgana, according to IFL Science. This unique mirage is caused when specific weather conditions bend light rays to create the appearance of long rectangular objects and other similar shapes.

According to Wired, Fata Morgana appears when the sun warms up a layer of the atmosphere while the layer below it remains cool. When there is a temperature variation between different layers of atmosphere, it causes a temperature gradient. The difference in temperature also equates to different densities between atmospheric layers.

When light passes through the boundary between two different atmospheric densities, it is refracted (or bent) and changes direction. 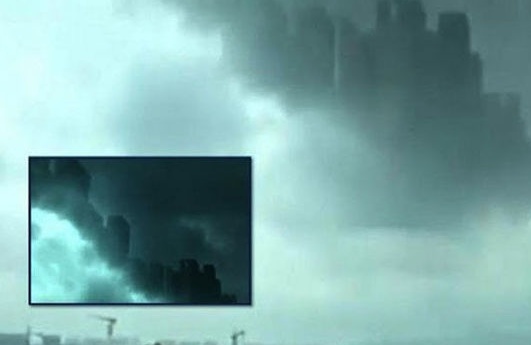 While the human brain has a difficult time accounting for the sudden change in light direction, it has no problem dreaming up outlandish explanations – some involving doomsday scenarios – to justify the rare visual trickery.

According to IFL Science, Fata Morgana is thought to be the culprit behind a number of obscure aerial sightings, including the legendary Flying Dutchmen.

On August 18, Agile City launched its new brand concept at an event featuring the beauty of smart living at the Ritz-Carlton, Guangzhou.