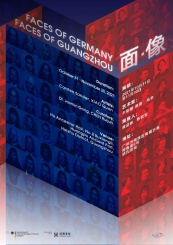 Carsten Sander and XIAO Quan both chose to have cities, countries and times solely documented by their people, through portraits which are both concise and vivid. Behind each expressive photo is the culture and the life the respective sitters, as well as the dreams and thoughts they have. The juxtaposition of these two artists, with their unique techniques and ingenious creativity, let the audience not only see the differences between the two cultures, but even more what they have in common.

Next year will be marked by the 50th anniversary of the establishment of diplomatic relations between Germany and China. On this occasion, InterCulture is honoured to partner with the German Consulate General in inviting the most outstanding portrait photographers from the two countries to conduct a cultural and artistic dialogue across time and space. We are looking forward to this ancestral hall, with its Lingnan architecture and its history of more than 300 years, being once again the stage f