TIENS Group Company made headlines all around the world this week by brining 6,400 employees on holiday to France - the largest tour group ever assembled.

Before this story, few people had heard of the Tianjin-based direct sales company - but it wasn't the first time they had made the news. In a piece published last year in Think Africa Press, James Wan explores the impact that the company's success in marketing medical supplements had had in Africa, and turns up some disturbing results.

In Uganda, where public health facilities are often inaccessible, understaffed and bereft of drugs, desperate patients often find themselves at one of TIENS' thirty "clinics" in the country. Despite their ads featuring heavily in the Health Ministry's official calendar, however, none of these are registered health facilities. 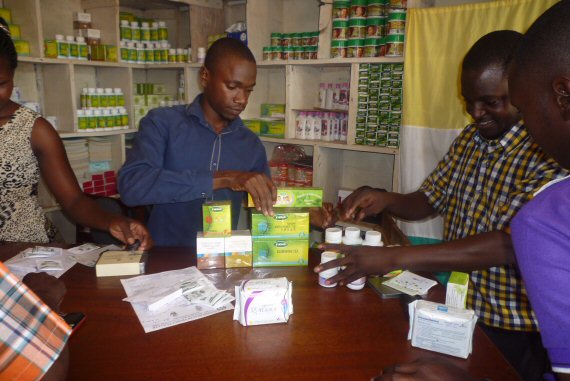 Inside a TIENS store in Iganga

"Patients who come to TIENS seek help for a whole range of conditions," Wan writes, "from malaria to paralysis − but they tend to tell similar stories of how they arrived here. Typically, they say that they first went to public facilities (some told me they had even visited two or three), but were either not seen to or found the treatment ineffective. TIENS is almost always a last resort. But in a country whose healthcare infrastructure is riddled with chronic problems and which, by some measures, ranks as one of the worst in the world, the last resort is often one that needs to be taken." 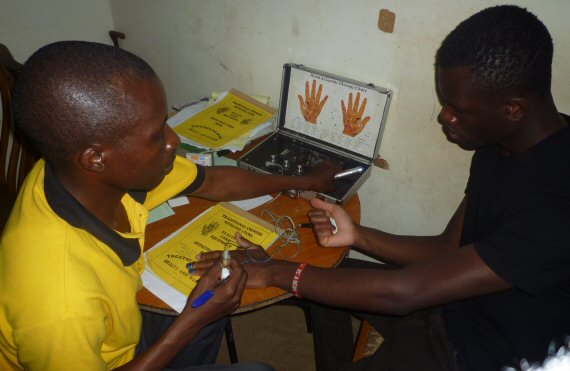 Patient getting tested at a TIENS store

"Whatever this is, it is not Chinese medicine," a qualified, Chinese-trained TCM doctor tells Wan in Kampala. The doctor laughs when he hears about the "diagnostic" process, saying that "no machine can test all those things like they claim."

The doctor's amuse turns to horror, however, when he reads the section of the TIENS Guide Book that advises distributors what to do when patients are suffering from different diseases, prescribing a handful of TIENS products (which officially "make no medical claims") to treat everything from AIDS to Yellow Fever.

"This is a death sentence," he says gravely. He adds that the products' claims to be 'herbal' and have no side-effects are "a flat out lie," recalling a man police consulted him about who died suddenly from kidney failure after the TIENS supplements he was taking without his doctor's knowledge either caused additional problems or reacted badly with other medicines.

"This is not medicine," another practitioner at a private clinic in the capital tells Wan, "but it is still dangerous. Everything has side-effects. Even herbal medicines and herbal supplements used wrongly can kill."

Although TIENS' African presence is just one part of it's worldwide operations, TIENS-Uganda has an annual turnover of over USD6 million and over 200,000 have signed up as salespeople - more than Uganda has school teachers. With youth unemployment rates of over 80 percent in the country, it's not hard to see the appeal, but there are worrying indications that the company and its top-tier distributors are enriching themselves as the expense of the sick and the desperate. Chinese restaurant in Kenya bans Africans because they're all terrorists