Today marks the seventh anniversary of the 2008 Sichuan earthquake that killed 69,197 people and left 18,222 missing anywhere from 4.8 million to 11 million homeless (depending on whose statistics you trust).

With it's epicenter in Wenchuan, the two-minute-long, 8.5-magnitude quake was felt as far away as Beijing and Shanghai. The thousands of schoolchildren crushed by their school buildings brought the issue of shoddy construction to the forefront, and artist Ai Weiwei's efforts to record the identities of the students killed - while official figures were hidden from the public - earned him so much ire form authorities that he still cannot move freely or leave the country.

Compared to the 1976 Tangshan Earthquake, however, when China refused all foreign aid and the nation's press turned a blind eye to the disaster in favor of continued denunciations of Deng Xiaoping - Mao's wife Jiang Qing was quoted as saying "There were merely several hundred thousand deaths. So what? Denouncing Deng Xiaoping concerns 800 million people" - the official response in 2008 was nonetheless considered a big step forward.

In this series of photos, the lives of some of the survivors now are compared to their tragic circumstances in 2008. Haunted by the memories of lost loved ones, however, for some the tragedy has never really passed... 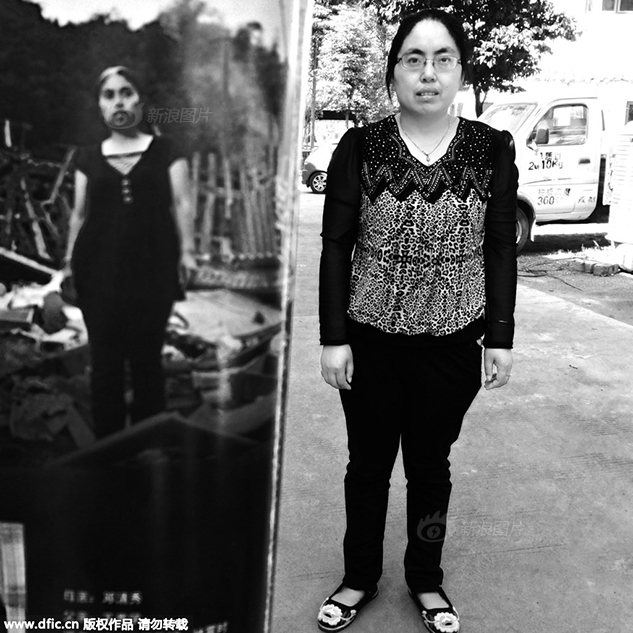 "Before the earthquake," Deng Xiuqing says, "I had two daughters. They were both at school when the earthquake hit and were buried beneath the building... A year after the earthquake I gave birth to another daughter, and I hope she grows up healthy. Whenever, she's home I never let her out of my sight. I'm afraid she she could get gone in the blink of an eye." 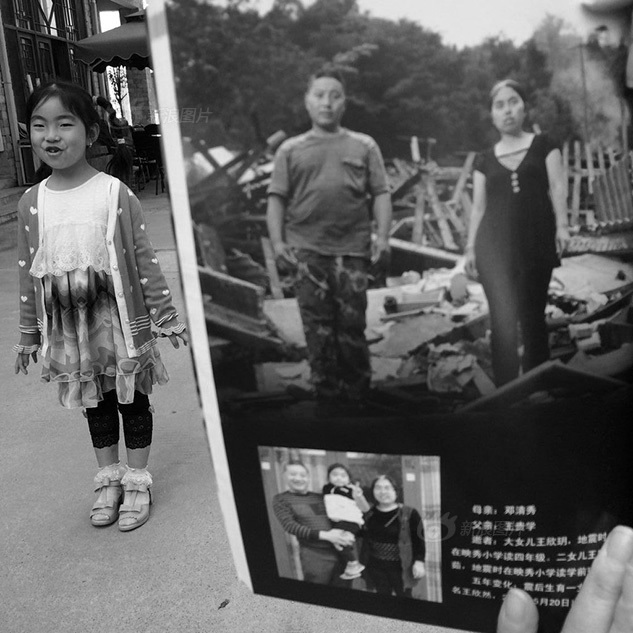 Deng also asked that a photo be taken of her youngest alongside her dead "self" - the girl who would have been her eldest sister. 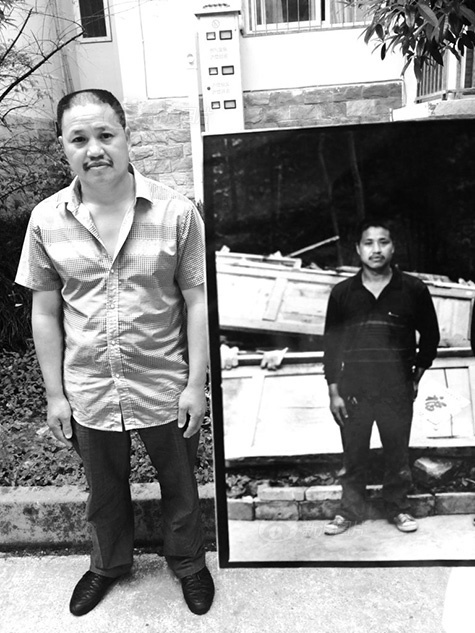 "My son was 15 when he was killed in the earthquake," Li Fuyou recalls. "I haven't been back to his school since. That day, I ran over but when they pulled him out I couldn't even recognize him.... Work hasn't been good this year and I just spend my days inside playing mahjong and drinking tea."

"Don't worry about me over there, son," he concludes. 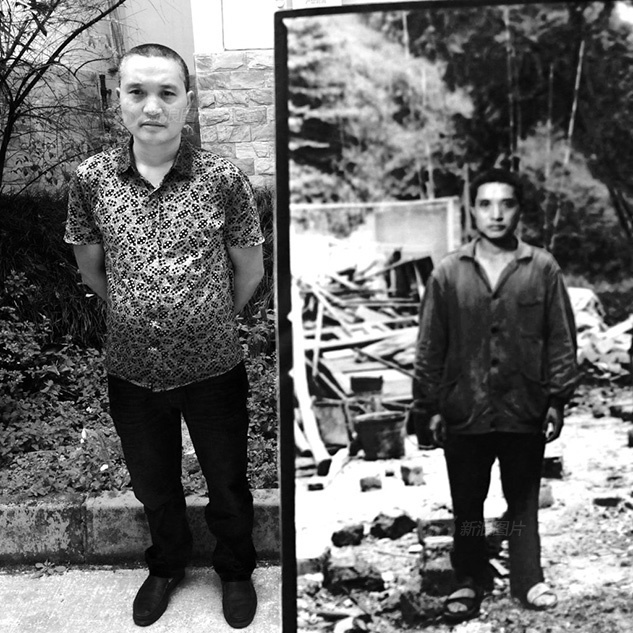 Li Fuge's son was also 15 in 2008: "He was crushed underneath Xiang'e Middle School. I don't know how many days and nights I spent there... What I most want to say to my son now is, 'Yong'er, you have a little sister now, she's three years old. My Yong'er, if you were still alive, you should be getting married now.'" 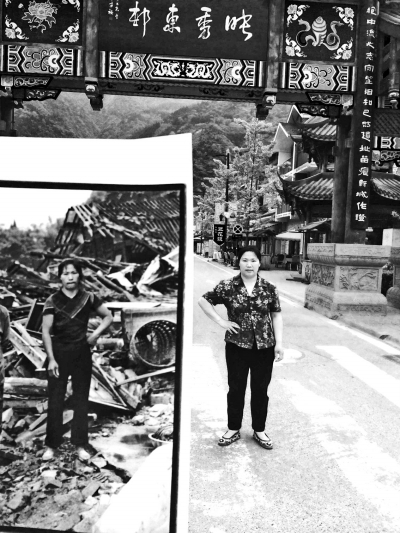 "Before the earthquake, I had two kids. The younger was crushed to death and the elder went to study in Yunnan afterward. He hasn't been back since. A year after the earthquake, I gave birth to a daughter. When I look at her I feel better. We lost ten people in our family that day, but now we still have hope." 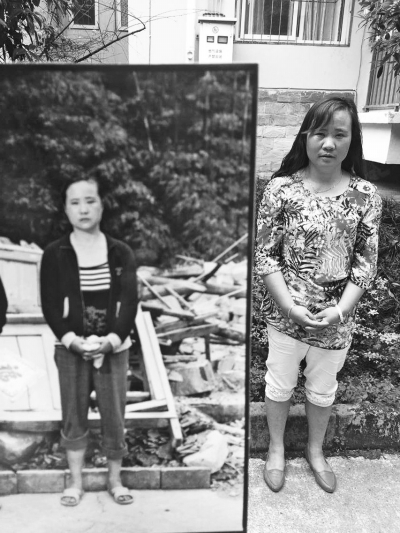 "If my daughter were still alive she'd be getting married now," says Jia Yiqin. "In the past few years I've had two miscarriages. The doctor says my age is one factor, but another is how I never stop thinking of my dead daughter. This year, her father is staying at home. I want to say to here, 'Your dad is back. Your family is still here.'" 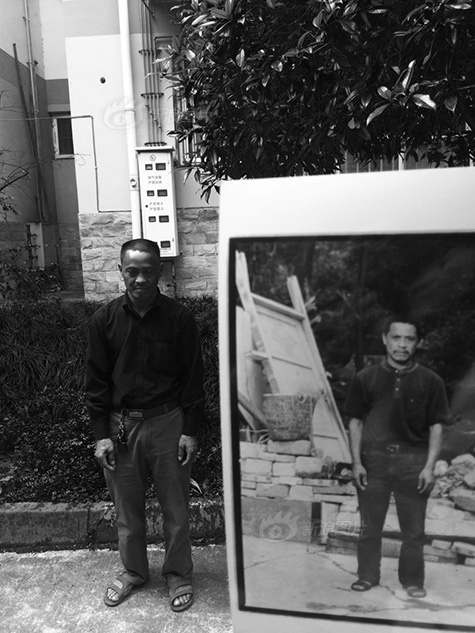 These year's I've always been working out of town. Sometimes I don't even come back for the Chinese New Year - I don't want to. Every time the weather changes, I wonder if my daughter took an umbrella or not. At meal time, her mother always leaves an extra bowl and pair of chopsticks. Without her, I just live one day at a time."

The rest of the subjects just wanted to accept what happened and move on, and had nothing they wanted to say: 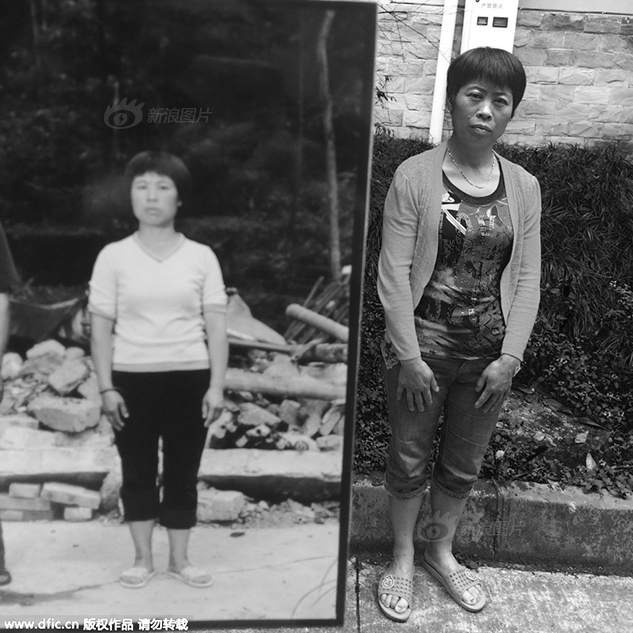 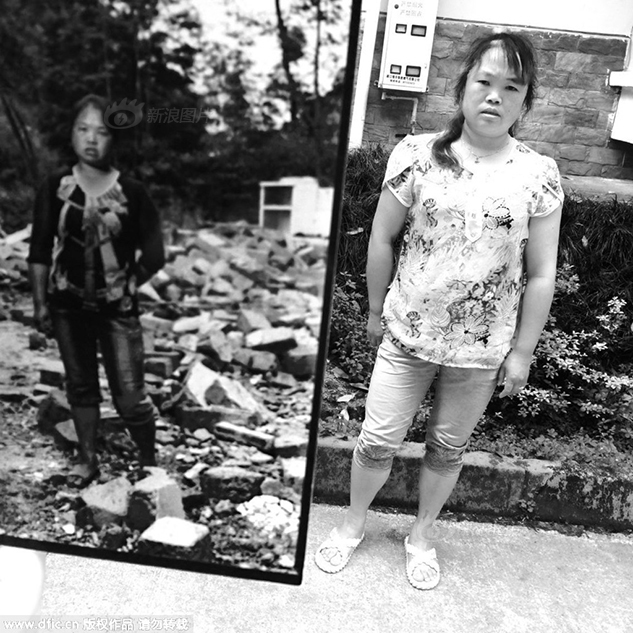 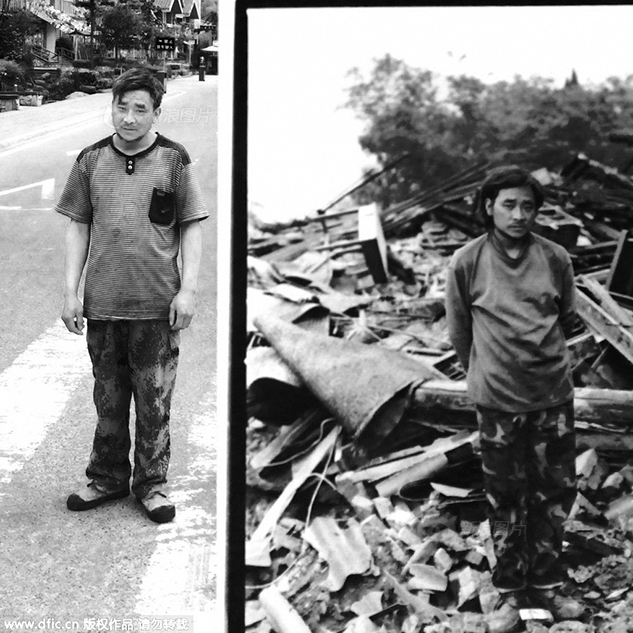