The issue of Taiwanese sovereignty has featured heavily in the news this past week, thanks to an article that "unintentionally" claimed the nation was part of the People's Republic of China and Katy Perry's decision to don an ROC flag and sunflower dress on stage in Taipei.

The 23rd of this month marks the 120th anniversary of the founding of the independent Republic Formosa, which briefly ruled the island in 1895. In the same year, however, Taiwan almost went down a very different path: one that would have led to status as a British crown colony...

In the summer of 1895, it was plain to see that Taiwan was about to be changed forever. The only question was: how?

China had just signed the Treat of Shimonoseki, bringing a humiliating end to the First Sino-Japanese War. As a part of the exacting terms demanded by the victors, a vanquished Qing Empire was to cede to Japan, in perpetuity, Taiwan (then known to Europeans by the name the Portuguese gave it - Ilha Formosa) and the Pescadores (Penghu) Islands.

For those Taiwanese ready to resort to any means to avoid a Japanese takeover, however, there was still one more ace up their sleeves: giving themselves to another empire.

1895 was not the first time that the Empire of Japan prepared to invade Taiwan.

After 54 shipwrecked sailors from the Ryukyus were killed by Taiwanese tribesmen in the southwest of the island, a punitive expedition was launched by Tokyo in 1874. In doing so, a rising Japanese empire not only established its guardianship of the newly absorbed Nansei Islands but also carried out a dress rehearsal for the taking of Taiwan, almost within the crosshairs of the nation's increasingly influential expansionists.

Japanese occupation of the island was only ended by intervention from the British, who brokered a deal whereby the Qing agreed to pay an indemnity of a half a million Kuping taels for the Japanese forces to withdraw.

The French were the next great power to attempt an invasion of Taiwan, taking the port of Keelung in August 1884 after the outbreak of the Sino-French War. Veteran of the Taiping Civil War Liu Mingchuan headed the Chinese defense, repelling the French from Tamsui and stopping their troops from advancing beyond Keelung.

In 1887, Taiwan was then detached from Fujian as a precaution against future incursion to form a province of its own.

While the mainland became swept up in anti-foreign sentiment that culminated in the Boxer Uprising, Taiwan became the most progressive province in the Qing Empire - looking less towards the continent for guidance and more toward the outside world for inspiration.

The Empire strikes back

As Japanese warships made their way to Taiwan yet again to claim the island after the conclusion of the Treaty of Shimonoseki, it's residents were willing to resort to desperate measures to keep their home out of Tokyo's grasping hands. Plan A was to give themselves over to another empire, preferably on a set-term basis after which they would return to Chinese sovereignty.

Chinese historical annals record that on March 28, 1895, "gentlemen of Taipei pleaded with the British consulate to think of a way to bring [Taiwan] under British protection."

A commission formed by prominent residents, backed by all the censors, board secretaries and hanlins hailing from Taiwan and Fujian, also visited Beijing and presented memorials to the emperor, praying that the island not be ceded to Japan - and that if China were truly unable to hold it, it would be far better to present it to the British. 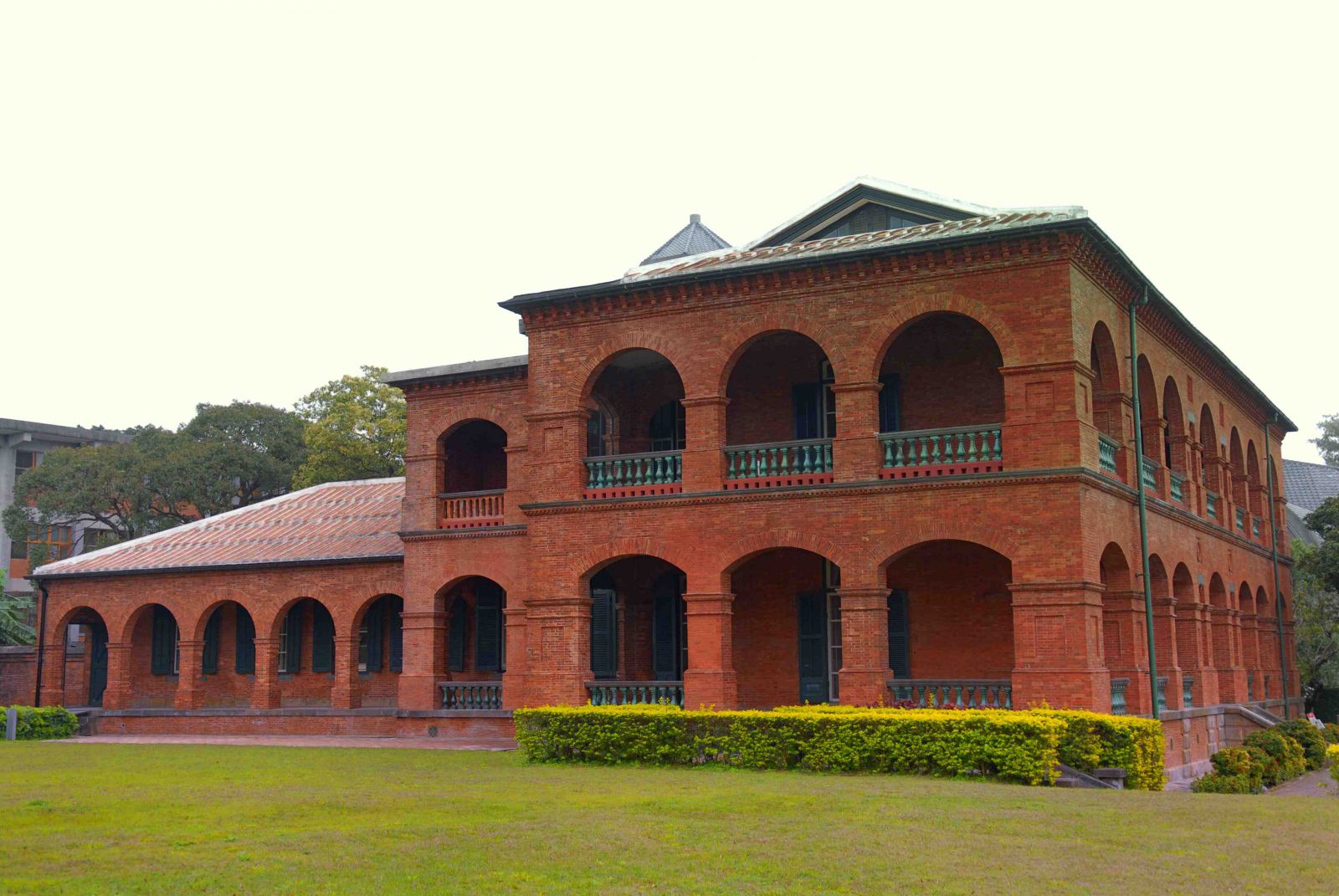 The former British Consulate at Tamsui, north of Taipei

Despite twice going to war against China in the Opium Wars (1839-42 and 1854-60), Britain was perceived at court by men such as Li Hongzhang and Zhang Zhidong as less of a threat to the integrity of the empire than Japan, Russia or France, since it prized economic benefit over the acquisition of huge swathes of Chinese territory.

When the French got wind of this, they sailed their gunboats into Magong harbor in the Penghu Islands, offering to take over the islands as a "caretaker government."

Who should be in charge of the Republic of Formosa's defense this time around, however, but Liu Yongfu: the celebrated commander of the Black Flag Army, a ragtag band of Chinese patriots who waged guerrilla warfare against French invaders in Annam during the Sino-French War.

Liu Yongfu trusted the French about as much as old governor Liu Mingchuan, and flatly refused their offer, branding it a “cloak to conceal some treacherous motive."

Thus Taiwan, abandoned by China and forsaken by Britain, prepared to make its last stand. Shao was persuaded to resort to plan B: the declaration of an independent Republic of Formosa. On May 23, 120 years ago this month, a declaration of independence was proclaimed from Tainan, now the national capital. Less than a week later, Japanese troops landed at Keelung. 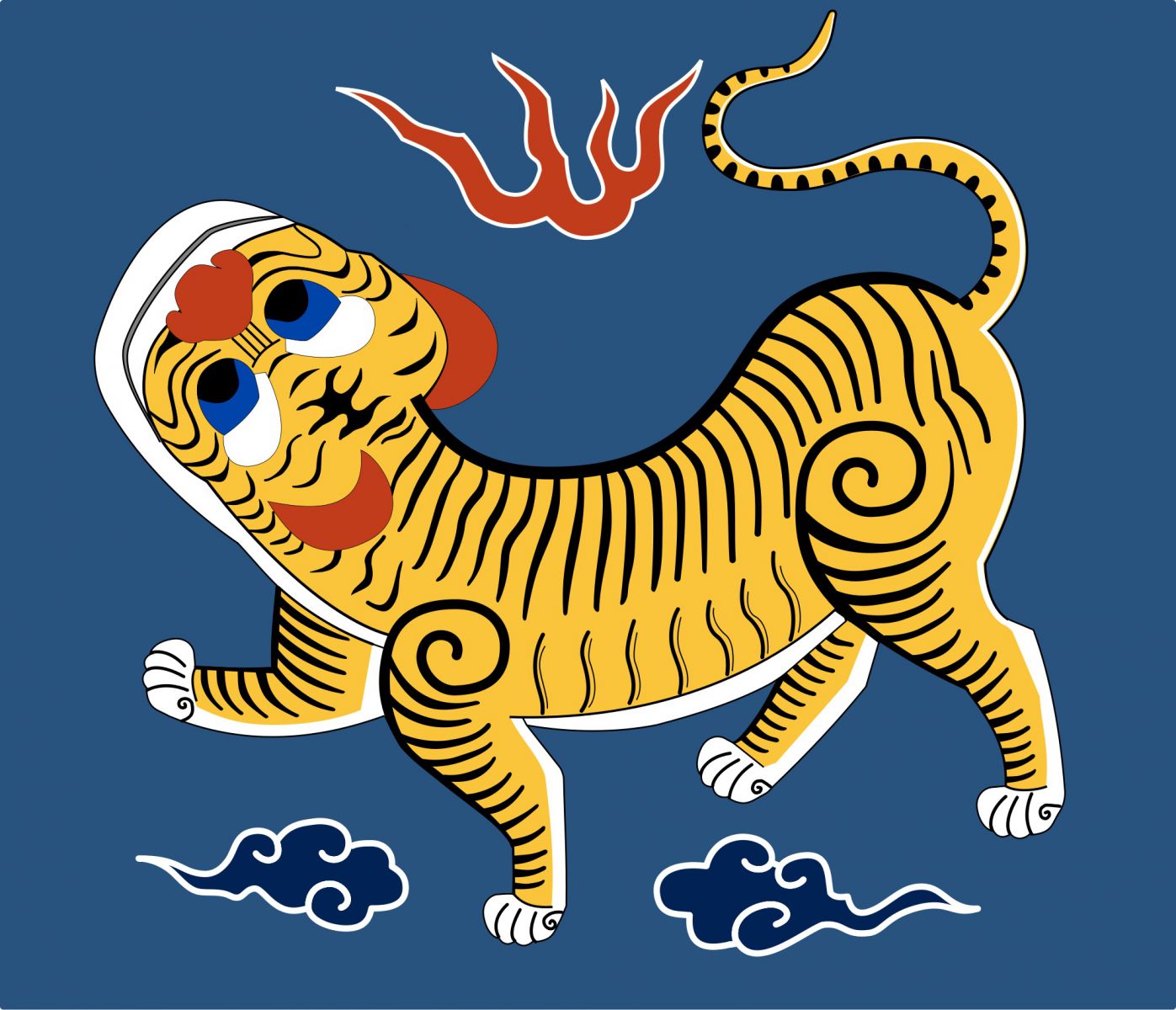 Flag of the Republic of Formosa

After five months of fighting, the Republic of Formosa - literally the 'Democratic State of Taiwan' - was extinguished. It was one of the very first republics ever declared in Asia.

Britain's refusal to take up the offer on Taiwan or to join France, Germany and Russia in the Triple Intervention against the Japanese Occupation of the Liaodong Peninsula laid the groundwork for the forthcoming Anglo-Japanese Alliance, formalized in 1902.

The Anglo-Japanese Alliance kept the French from entering the Russo-Japanese War on the side of Russia, allowing Japan to trounce the one-great European power in one of the century's most pivotal armed confrontations. With the exception of Japanese assistance in taking Qingdao from Germany in the First World War, however, it benefited the Untied Kingdom little, and it's demise was assured in 1919 after Britain sided with the USA against Japan's proposed inclusion of a racial equality bill in the Treaty of Versailles. This is not going to go over well in Beijing.