Great Detective Conan, the high school sleuth transformed into a toddler by Yakuza poison and star of the Case Closed manga series, is the latest persona non grata to earn the ire of Chinese state media.

On Beijing Television's hit primetime show (not) "Advancing the Rule of Law," Case Closed was denounced as a "brazen textbook for criminals."

DON'T MISS: This flowchart will tell you if your online post will be censored in China or not

With over 700 volumes published since 1994, the popular comic book series is accused of providing impressionable Chinese children with hundreds of case studies in how to murder someone and effectively cover your tracks.

Netizens mocked the criticism online by arguing that "if Conan teaches kids how to commit crimes surely it should teach you morons how to crack a case" and suggesting that on these grounds they should also ban the classical tales of Song dynasty judge Bao Qingtian and historical super sleuth Di Renjie, as well as anything associated with Sherlock Holmes.

To that, we can only say, "Stop giving them ideas!" It's already bad enough they started cracking down on homoerotic Sherlock x Watson fan fiction! 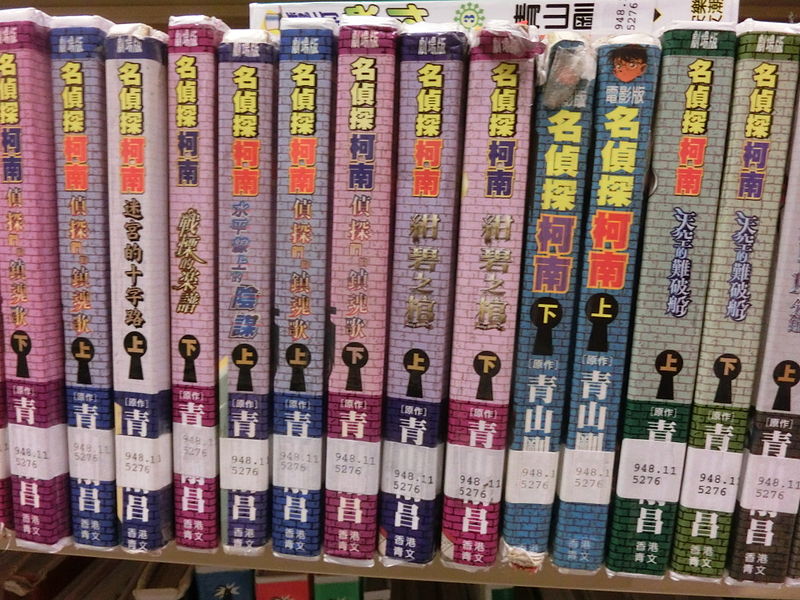 A shelf of translated Case Closed volumes sits innocently on the shelves of Cheung Chau Public Library in Hong Kong, emitting a siren call to a life of violent crime

Sinister robot cat Doraemon, sent back in time to corrupt the youth of modern China, became the target of a similar hate campaign last December in which he was called out as the vanguard of a "cultural invasion" of China with "political overtones" that seeks to allow Japan to "betray history [while Chinese people are] kissing the cheeks of the 'blue fatty.'"

The anti-Conan struggle session coincides with an ongoing offensive against Japanese anime and manga on the part of China's censorship authorities.

Altogether, 62 popular manga titles including Sailor Moon, One Piece and Naruto were all taken off the shelves.

The Japanese embassy in Beijing has yet to release an official statement on the matter.

RELATED: Manga off the menu as China cracks down on Sailor Moon, Naruto, One Piece and more